Imagine you're at a movie studio: you're probably thinking you're going to run into at least one famous face during the day.

But rarely would you ever expect the scenes that occurred at the Tyler Perry Studios in Atlanta, Georgia, yesterday.

Eddie Murphy, Martin Lawrence, Will Smith and Wesley Snipes coincidentally were filming two different movies at the same lot and thought they'd say hello to each other.

Look at that goddamn photo and tell me it doesn't scream legendary.

When you add up all their Box Office earnings, this quartet have brought a collective $15.8 billion through theatres during their careers, according to The Numbers.

Martin Lawrence and Will Smith are coming together again for Bad Boys For Life, which takes place 17 years after the sequel.

The iconic duo is set up to play the slightly older detectives Burnett and Lowrey. Joe Pantaliano also returns as Captain Howard. Alongside the veterans of the franchise are Vanessa Hudgens, Alexander Ludwig and Charles Melton, Jacob Scipio, Paola Nuñez and, weirdly enough, DJ Khaled.

The first trailer came out last month and gave us our first glimpse of the due reuniting to take down a drug cartel in Atlanta.

The other legendary duo, Eddie Murphy and Wesley Snipes, are also coming together to film the highly anticipated sequel to Coming to America.

Craig Brewer will be directing the film which is due to be released on 7 August 2020. Both Eddie Murphy and Arsenio Hall will take on their roles from the original film.

Snipes was announced as a character in the second instalment, where it's reported he will be playing a new character called General Izzi, the ruler of the nation that neighbours Zamunda - the fictional African nation ruled by Eddie Murphy's character, Prince Akeem. 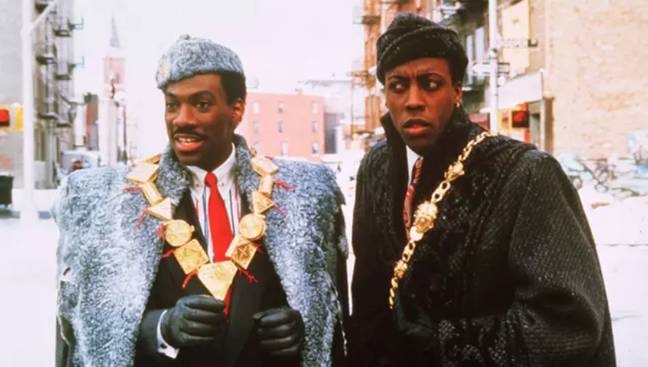 Back in February, Murphy released a statement saying: "After many years of anticipation, I'm thrilled that Coming To America 2 is officially moving forward.

"We've assembled a great team that will be led by Craig Brewer, who just did an amazing job on Dolemite [Is My Name], and I'm looking forward to bringing all these classic and beloved characters back to the big screen."

Murphy touched on the fact that he would be working with Brewer again but this will in fact be a reunion for Murphy and Snipes as well.