Will ‘Harriet’ Change The Conversation About Cynthia Erivo?

In “Harriet,” Kasi Lemmons’ biopic about Harriet Tubman, there’s a scene where our heroine, portrayed by Cynthia Erivo, steps on to free land as a free woman for the first time. After a grueling and life-threatening journey, she walks out into a green field of rolling hills, the sun shining brilliantly. The scene is a visual interpretation of Tubman’s own real-life recollection of the event: “There was such a glory over everything, the sun came like gold through the trees and over the fields, and I felt like I was in heaven.”

When I spoke to Lemmons and Erivo at the Toronto International Film Festival in September, they said that the onscreen moment felt like a blessing from the spirit of Harriet Tubman herself. On the day of shooting, it had been raining all day, the sky was blacker than black, and there was concern that they would not be able to get the crucial shot of the sun over the hills. But Lemmons insisted they hold out, trudging up a waterlogged hill to set up the scene even as it continued to drizzle.

“And the second Cynthia [arrived], the sky parted and that sun shone through,” said Lemmons, the director of “Eve’s Bayou” and “Talk to Me.” “It was crazy. Everyone burst into tears. We did that shot one time.”

“What you didn’t see on the camera,” Erivo added, “was then you had a double rainbow behind us.”

Though it felt like they had Tubman’s blessing that day, the general attitude around the film, and specifically Erivo’s role in it, has been less idyllic. Reviews of the film that have come out since its premiere at TIFF have been mixed — and Erivo had faced criticism even before she stepped on set.

The criticism surrounding Erivo’s casting and her seemingly elitist view toward African Americans has added fuel to a long-running debate across social media within the diaspora regarding the way first-generation Africans talk about African Americans, and vice versa. For some people, the problem with Erivo’s casting was not just that she wasn’t a descendant of African slaves but that her past actions seem to suggest a lack of respect for those who are. What right, then, some wondered, did she have to play the most important conductor on the Underground Railroad?

When it was announced late last year that Erivo, the Nigerian-British actor best known for her Tony-winning performance on Broadway in “The Color Purple,” was set to star in the first major biopic about freedom fighter Harriet Tubman, there were some murmurings of disapproval from that nebulous entity commonly referred to as “Black Twitter.” Erivo was yet another performer in a long line of non-African American actors who had been hired to tell what some believed to be a specifically Black American story. The criticism had come up before in regard to Nigerian-British actor Chiwetel Ejiofor’s role in “12 Years a Slave” and Nigerian-British actor David Oyelowo playing Martin Luther King Jr. in “Selma.”

Erivo has also seemingly had a long and well-documented online history of expressing and co-signing sentiments that were disrespectful to African-American heritage and culture. As Twitter user @eBoPeep extensively laid out in 2018 not long after Erivo’s casting was announced, the British-born actor had made numerous transgressions. These included joking about putting on a “ghetto American accent,” conflating the experiences of Black British and Black Americans, and publicly defending Nigerian writer Luvvie Ajayi, who has been called out numerous times for her anti-ethnic sentiments about African Americans.

In a September 2018 Instagram post, Erivo made an attempt to address at least part of the concerns and controversy surrounding her casting.

I struggled a little with whether or not to post anything about this role, because even though there is so much celebration and encouragement coming through, there’s also anger and offense spurred on by my being from the UK.....I guess there is a bigger conversation to be had about heritage and experience, also about who Harriet really was. That can not be had in an Instagram post, what I will say is that my journey to this woman has been long and detailed and one I have not taken lightly. Nothing has been given to me without me first putting the work in, people speak of foreign privilege and truthfully life would be unbelievably easy if that were applied to me but that is not my portion. I fought for the role of Celie, and spilled blood sweat and tears playing her, the same applies for every role I’ve earned, this will be no different. I hope that I do everyone, even those who are in doubt or are upset, proud. I hope I quell your fears, because I understand that is what it is. I cannot tell how protective I am of this woman and her story. I posted this because I cannot allow people to make me neglect to celebrate this honor. This story has gone unnoted for long enough and @debramchase Daniela Taplin and @focusfeatures are the perfect home the beautiful way Kasi Lemmons has told this story is more than a blessing. I am glad to be given the opportunity to bring the life of Harriet Tubman to you. I would be lying if I didn’t make it clear that this is scary, and I thank you in advance for the support. Love you much. ALL OF YOU! Yours truly ❤️❤️

“I guess there is a bigger conversation to be had about heritage and experience, also about who Harriet really was,” Erivo wrote. “That can not be had in an Instagram post, what I will say is that my journey to this woman has been long and detailed and one I have not taken lightly....I hope that I do everyone, even those who are in doubt or are upset, proud. I hope I quell your fears, because I understand that is what it is. I cannot tell how protective I am of this woman and her story.”

“Harriet,” slated for release on Nov. 1, is a flawed film in many ways. Its dialogue is often clunky and clichéd; its pacing lags around the second act. The filmmaking is oftentimes more generic than inspired. But the film’s one shining achievement, indeed the thing that carries the film’s bulky imperfections with ease and excellence, is Erivo’s performance as Tubman. 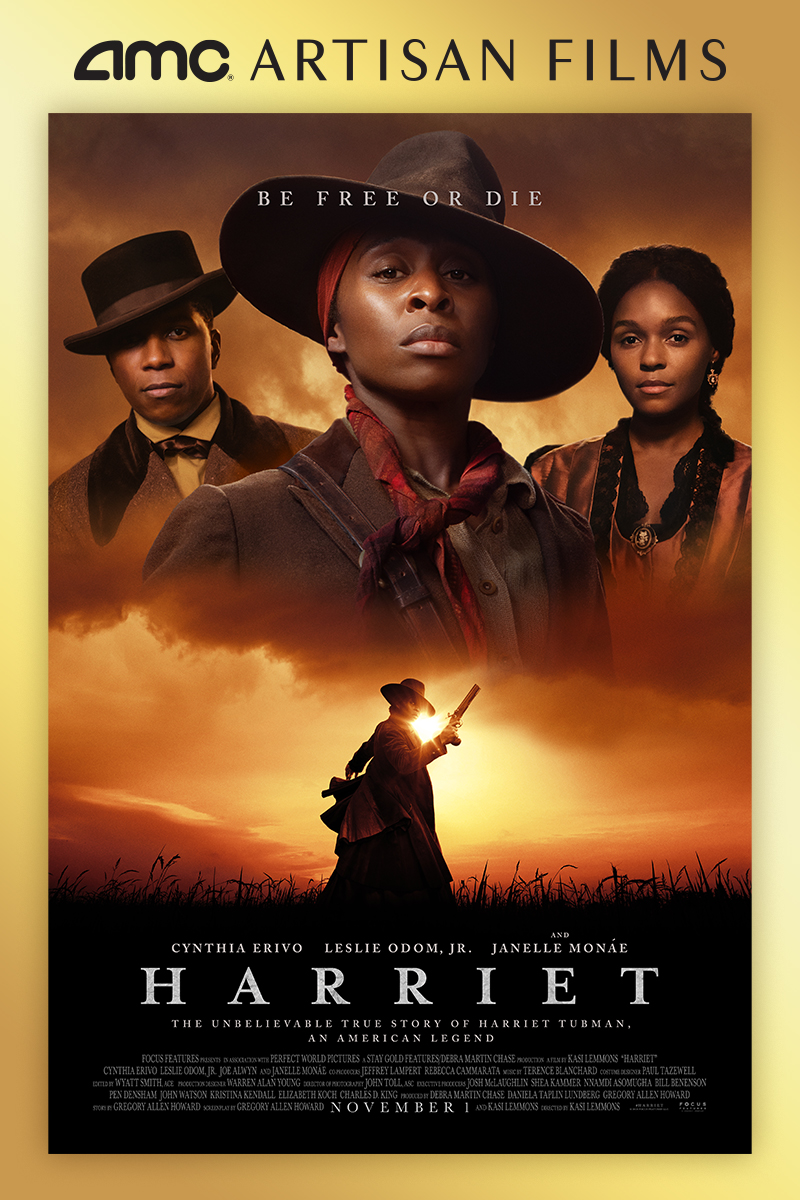 But was there ever any real fear that Erivo would not bring her acting A-game to the role? Probably not. That was never the real issue. Erivo is an actor who, time and time again, from “The Color Purple” to “Widows” to “Bad Times at the El Royale,” has proved that she is a consummate and dedicated performer. The 32-year-old actor plays Tubman with a kind of pious reverence that reverberates throughout every frame of the film. It’s almost spiritual. Indeed, Lemmons and Erivo say they believe deeply that something of Tubman’s indomitable spirit was on set with them during their three-month grueling shoot in Virginia.

When you speak to Erivo about this movie, about her performance and her journey to finding Harriet, you can feel the intensity of her regard for Harriet Tubman almost roll off of her in waves. At several points during our talk, Erivo seemed at once deeply proud of her performance but also humbled by the very idea that she got to play the part.

Erivo is so good as Tubman, so reverent of the part and the person and the amazing history that was her life, which actually deepens the tension around her place in the film to begin with. The care and consciousness, the spiritual discipline, the connection to Lemmons and supposedly to Harriet’s spirit itself all seem so far removed from the past behavior and sentiments that Erivo’s critics have called out.

"I prayed every day,” Erivo says. “I asked God to make the space safe for Harriet to come into every day."

Did the experience of playing Harriet, in any way, make Erivo reflect on the criticisms she has received? It’s hard to say. When I asked her about the controversies around her casting, Erivo was adamant about the fact that she loves Black people, period, a conviction that seemed genuine even as it seemingly glossed over the multiplicities of the Black experience.

“Like, I could not love Black people more. Everything in me is consistently trying to do things for us to better the way we are seen ― for us,” she said. “To get into spaces that we can’t get into, so that opens up for everybody else. It keeps me up at night trying to think of the ways in which I can help.”

Even a year after the casting controversy, Erivo still wants to have a conversation because she believes that, ultimately, Black people must “come together” and talk about “who we are as a people.” “Because the separation [within the diaspora] is not created by us, but for us to fail. And I think that a conversation has to be had by all of us. So we understand where we’re coming from. So we understand our experiences. And I think that in that conversation we’ll find that our experiences aren’t that different.”

It’s unclear whether the actor includes in this “conversation” the space to recognize that the very real differences in diasporic experiences are at the crux of some of the biggest critiques of her — specifically, that she seems to pick and choose when to single out or mock Black Americans and when she chooses to view Blackness as more of a collective consciousness.

But this desire to view the Black experience across countries, nationalities and cultures as a collective story seems to be at the heart of how Erivo is working through her own place in this role. Becoming Harriet Tubman was in no way a “selfish decision” but a decision made out of a deep desire to do right by the Black community, especially Black Americans with deep ties to the transatlantic slave trade. And perhaps, in a sense, atone for her missteps. 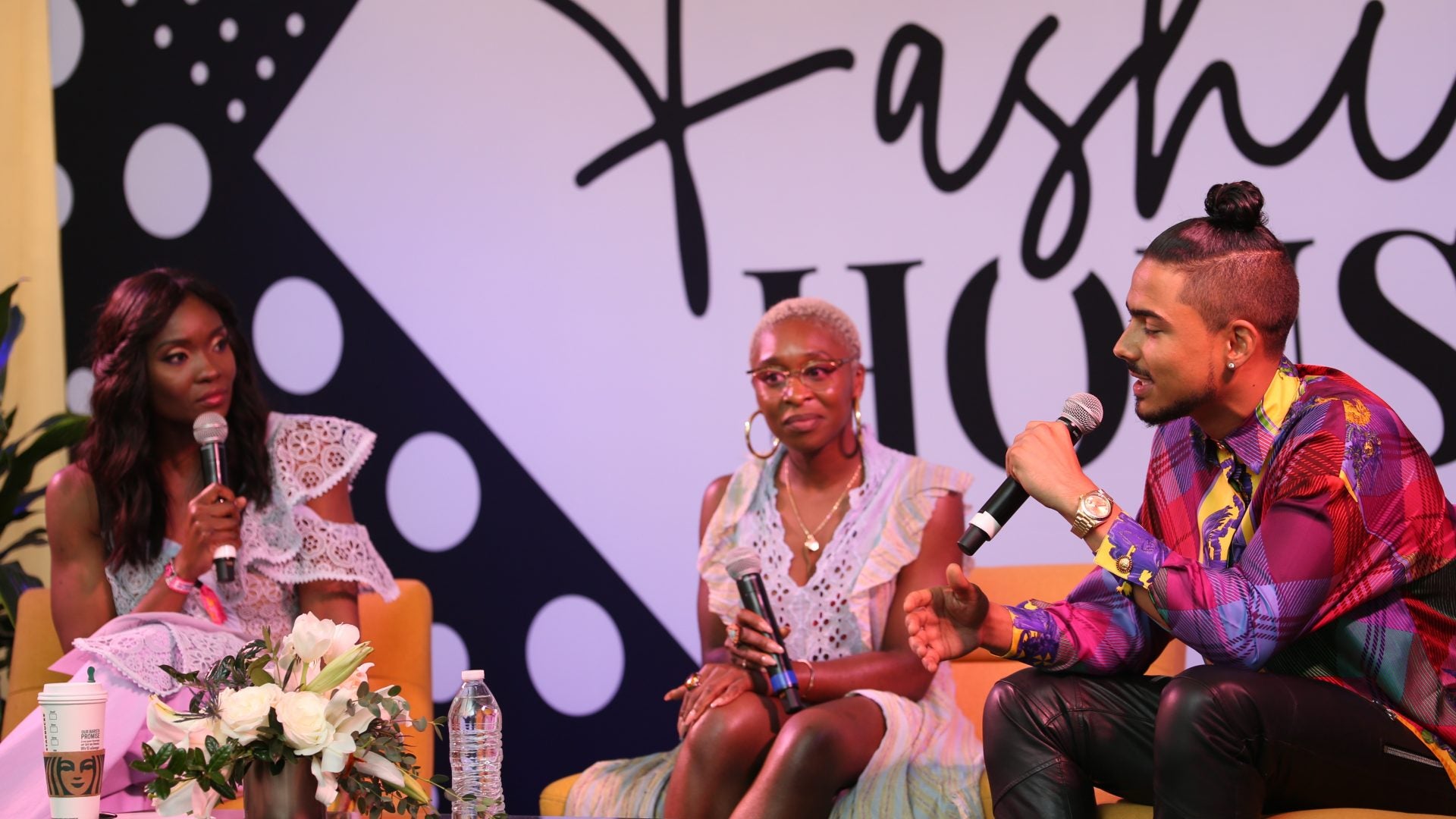 The grueling shoot and huge pressure in playing such a beloved and important historical figure may have been one trial she willingly chose to put herself through. But Erivo has also unknowingly chosen another test: truly reckoning with the deep-seated and complex fractures that lie throughout Black American and African relations. While she’s been largely dismissive of those fractures so far, speaking only of a much-needed “conversation” rather than truly engaging with it, it remains to be seen how the release of “Harriet” will actually shift the conversation. But one thing is certain: It can’t be ignored for much longer.