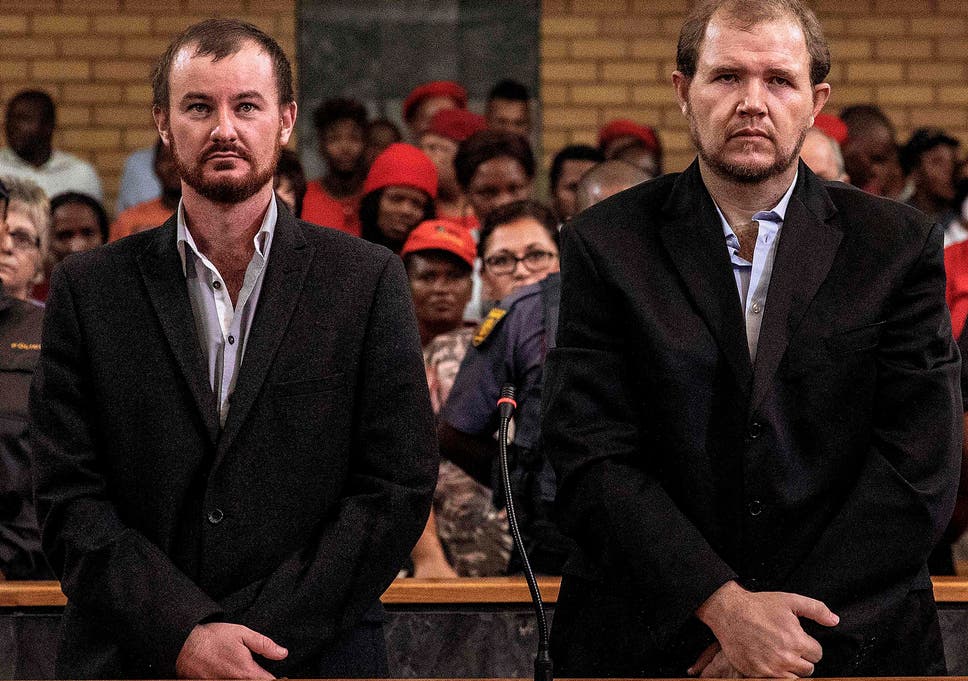 Two white South African farmers have been sentenced to a combined 41 years in prison for killing a black teenager who they had accused of stealing sunflowers.

The sentencing on Wednesday brings a close to the case which had inflamed tensions in a rural town and exposed the nation’s enduring racial divisions.

During a hearing at the High Court in Mahikeng, Judge Ronald Hendricks described the actions of the farmers as “disgraceful” and “appalling”.

The farmers were convicted of throwing the 15-year-old boy off a moving truck in April 2017.

The boy, Matlhomola Mosweu, died after breaking his neck. His death set off riots in the town of Coligny, about 125 miles west of Johannesburg.

The two farmers – Pieter Doorewaard, 28, and Phillip Schutte, 35 – were found guilty of murder, kidnapping and other charges. Doorewaard was sentenced to 18 years in prison, and Schutte to 23 years.

They had claimed that after they caught Matlhomola stealing, they put him on the truck to take him to a police station. But the teenager, they said, then jumped off the vehicle.

The judge ruled that the killing had not been planned or premeditated, but had “happened on the spur of the moment.” He added, “The community of Coligny was terrorised by this.”

The killing prompted days of rioting and looting in the farming town, especially against white-owned businesses.

As in all of South Africa, one of the world’s most unequal societies, racial tensions had simmered just below the surface in Coligny, where farms and other businesses are still largely owned by whites and other individuals who are not black South Africans.

Most black residents, who depend on white-owned farms for work, live in a nearby township. Matlhomola had lived in a shantytown for newer arrivals, called Scotland informal settlement.

The courtroom was filled with members of the Economic Freedom Fighters, an opposition party that has long pushed for the expropriation of white-owned land without compensation.

Pressure from the party, a spin-off of the governing African National Congress, has compelled the ANC to adopt a similar position under president Cyril Ramaphosa.