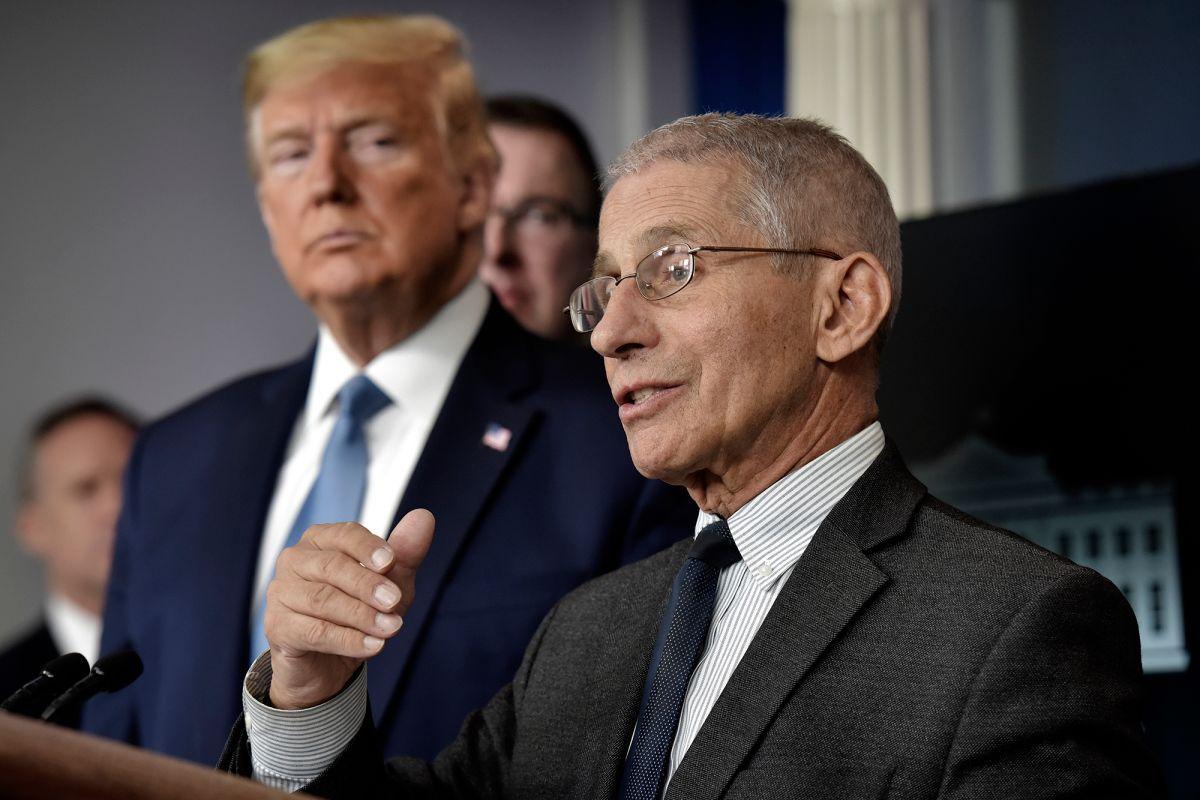 Dr. Anthony Fauci, the highly respected infectious disease expert, did not attend Monday’s briefing – and his absence did not go unnoticed.

His whereabouts have become a point of interest since Fauci gave a remarkably candid interview to Science magazine, published Sunday evening, in which he admitted being at odds with Trump over several issues. And because Fauci has, for many Americans, provided a reassuring, rational voice as the coronavirus pandemic upended their lives.

"Even though we disagree on some things, he listens. He goes his own way. He has his own style," Fauci said in the Science magazine interview. 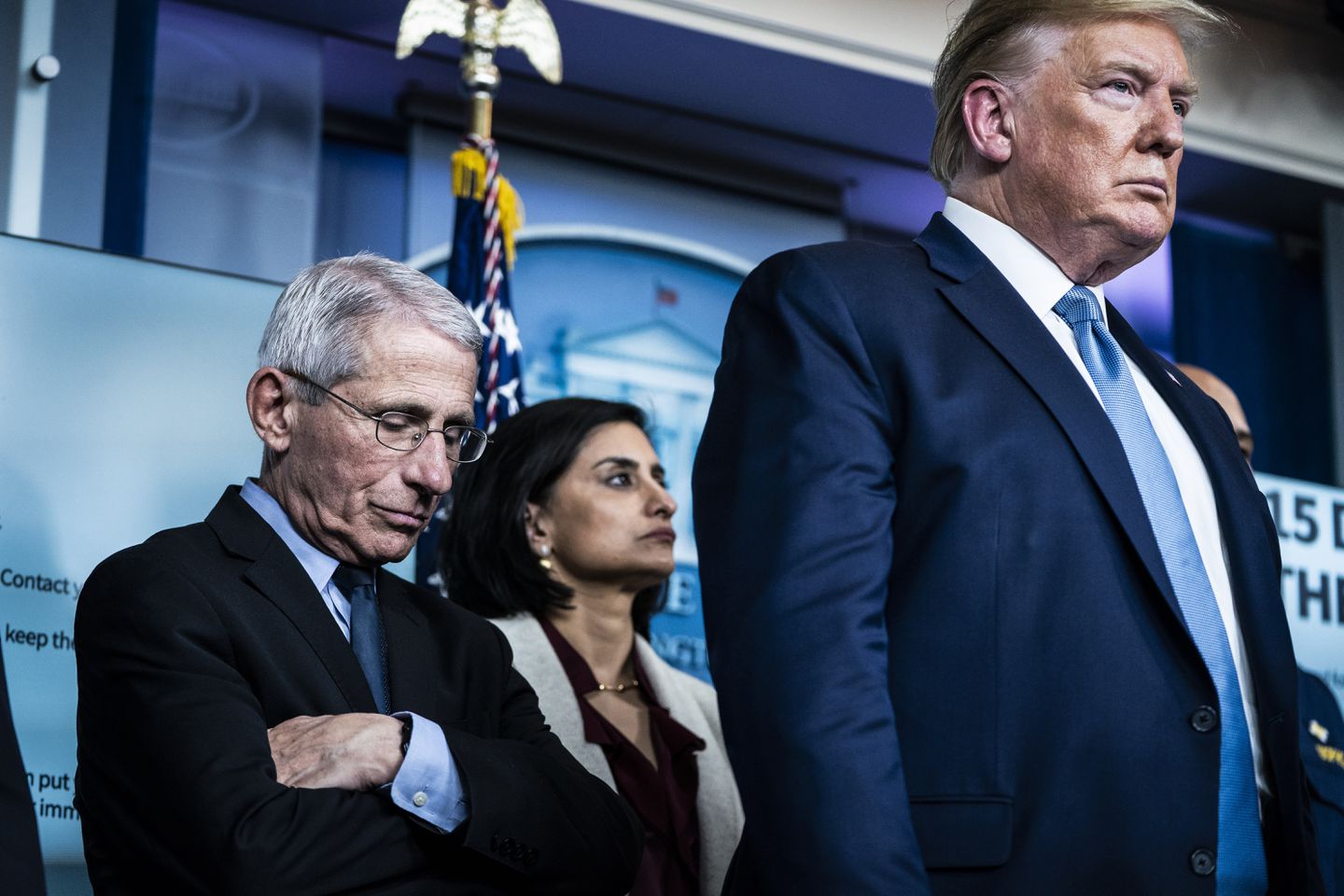 Perhaps the most notable example: While President Donald Trump has seemed to hype potential treatments for COVID-19, Fauci has tamped down expectations with direct, plain English explanations.

But Fauci has also been uncomfortable with Trump's repeated references to the disease as the "Chinese virus," which critics have said is an xenophobic effort to blame foreign forces for the pandemic.

Fauci said he hasn't ever used that term and never will.

When Monday's news conference began, Twitter lit up with the #WhereIsFauci hashtag, and it wasn't long before a reporter asked the question.

Trump said Fauci was at a task force meeting during the press briefing.

“He’s a good man. I like Dr. Fauci,” Trump said. “He’s not here because we weren’t discussing” issues that he is best at addressing, the president said. 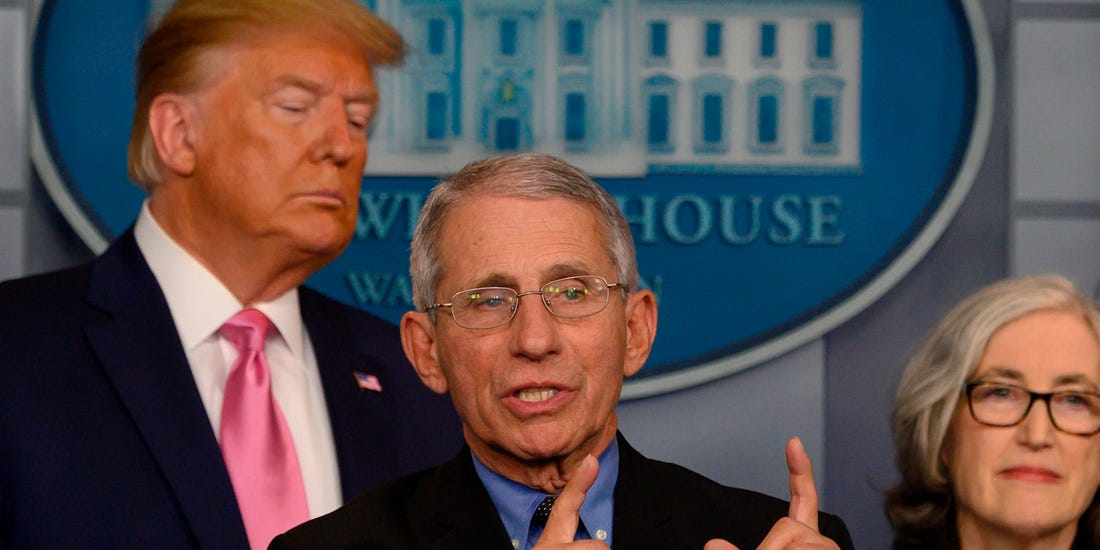 Asked if Fauci agreed with Trump on the need to ease some of the travel and social distancing restrictions as a way to revive the economy, Trump said: "He doesn't not agree."

The president said he would listen to Fauci's advice on that matter – along with others.

The many faces of Fauci 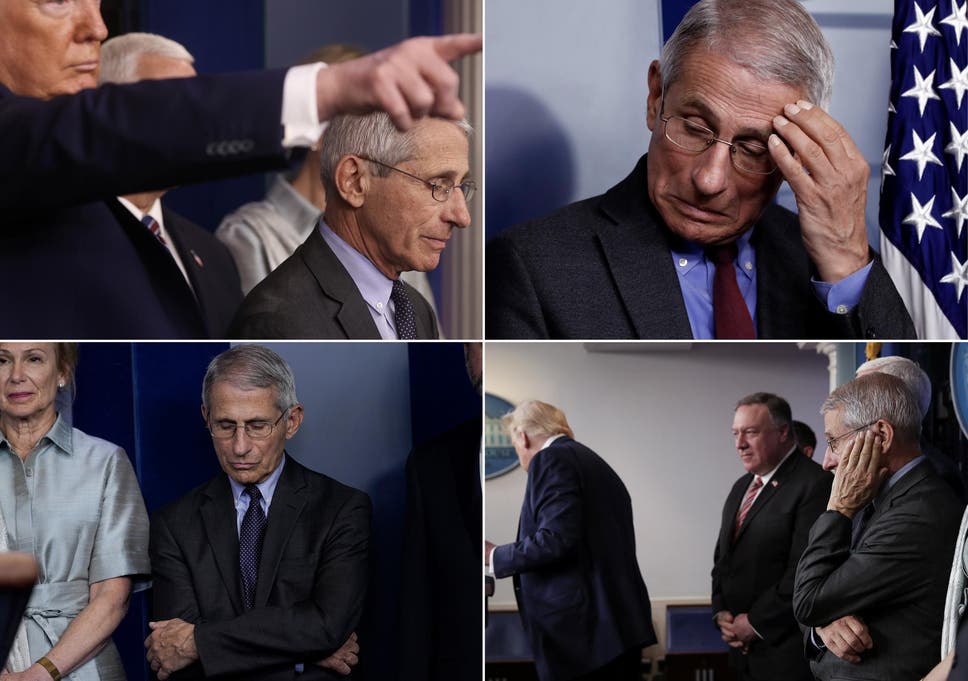