What Hollywood Is Getting Right (And Wrong) About Colorism

Conversations around colorism aren’t new. But if you’re just tuning in, the discourse around the last few years of Hollywood casting lays out a map of both the progress and setbacks. In 2018 we celebrated “Black Panther” for its power-casting of mostly dark-skinned black actors — particularly women. In that same year, “Crazy Rich Asians,” celebrated for putting Asian-Americans front and center, faced criticism for featuring a fully light-skinned cast. And Netflix’s “Made in Mexico,” a reality show following light-skinned Mexican socialites, had a similar downfall.

Hollywood sparks the debate, and the response across all minority groups reflects the nuances of how we see colorism evolving among ourselves. So across the Latinx, Black and Asian American communities, we’re trading notes about colorism in our communities.

“I love being dark skinned. I cherish it, I think it’s one of the most beautiful things about me,” said HuffPost Senior Reporter Zeba Blay. “I think that’s what so insidious about colorism is that you can feel however you feel about yourself, but how the world views you can chip away at that self-esteem.”

For proof, do a quick search online for model Bria Myles. The second result links to a 2018 debate around the question of her beauty — a debate whose existence is blasted for being fueled by colorism. “We don’t know how to talk about Black beauty without these caveats, without these debates. Why can’t Black women in all shades and all forms just be beautiful and it not be up for debate?” said Blay.

"We don’t know how to talk about Black beauty without these caveats, without these debates. Why can’t Black women in all shades and all forms just be beautiful and it not be up for debate?"  -Zeba Blay

That question gains layers when applied to Afro-Latinxs. While Afro-Latinxs represent 25% of the US Latinx population, they’re notoriously excluded from media that comes out of both Latin America and the U.S. Telenovelas, the dinosaurs of Latin storytelling, are certainly not celebrated for their nuanced character representation. But they do point back to a whitewashed media base that leans into lazy and damaging tropes, reflecting a deep denial of colorism and its colonial roots. And these tropes create a foundation for the kind of tone-deaf storytelling behind Netflix’s 2018 Spanish-language series “Siempre Bruja [Always a Witch],” which spins a love story between an Afro-Colombian slave witch and her white owner.

Watching #SiempreBruja and I see exactly why a lot of this was kept out of promo. I don't even feel comfortable with this plot. Y'all love making slaves fall in love with their masters. And y'all knew EXACTLY what y'all were doing not putting any of that in the trailers. pic.twitter.com/5AtSXDc82v

Colorism is complicated. For American minority groups, it’s the undercurrent beneath the pressure of racism that comes in from the outside. The co-existence of the two points to why some had trouble counting “Crazy Rich Asians” as a win for representation. 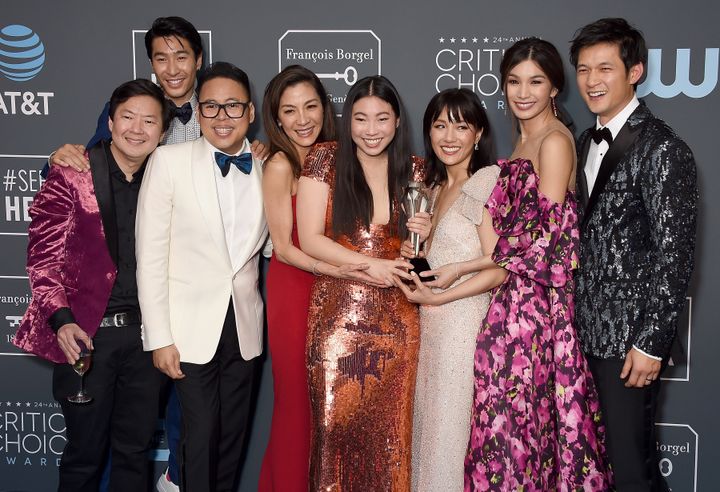 HuffPost Asian-American Affairs Reporter Kimmy Yam thinks the narrative around colorism in the Asian-American community is misguided. “I think a lot of that stems from this myth that Asians are basically white. I can list out 10 trillion reasons why that is not true,” said Yam.

“Back in the day if you were an upper-echelon type person, then you would be in the house and you wouldn’t be working out in the fields or anything. Your complexion would not be darker.” And because the history of colorism is so long and fraught, she points out the massive weight on the shoulders of one of Hollywood’s first Asian American films, “Crazy Rich Asians,” whose exclusion of dark-skinned Asians was a point of huge critique. “Progress in representation means that you don’t just give a group one movie... We need continuous progress and we need all the colors of Asian American represented in Hollywood because that’s just who we are and it can’t just be one movie to represent all of us.”

“Progress in representation means that you don’t just give a group one movie.”  -Kimmy Yam

Across Black, Latinx and Asian-American minority groups, the fight against colorism is long overdue. Which is why celebrating Jordan Peele’s decision to cast a fully dark-skinned family in his 2019 film “Us” comes with an edge of “it’s taken how long for this?” Said HuffPost Black Voices editor Taryn Finley of “Us,” “In 2019, it should not be a rarity to see a cohesive dark-skin Black family.” 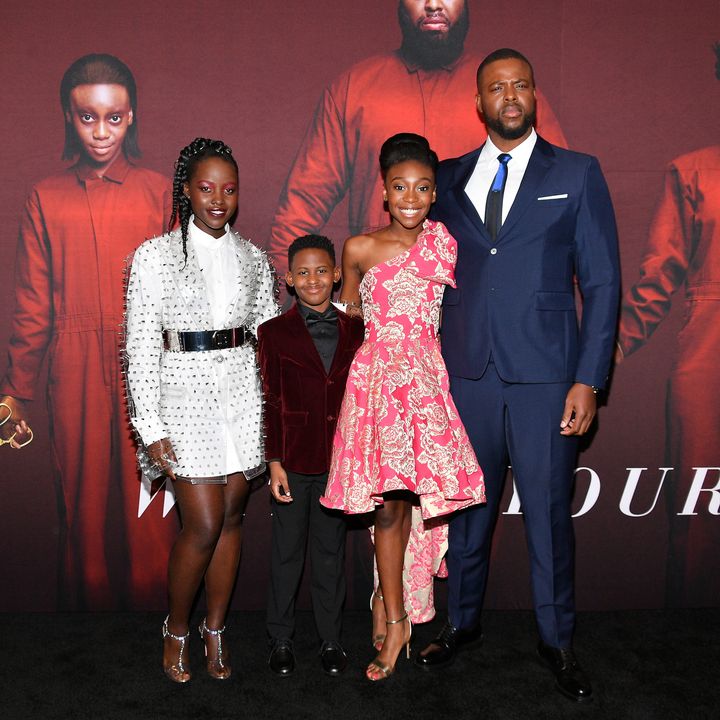 Progress requires first recognizing that there is a privilege that comes with raising the conversation of colorism. “I had the privilege of going to college and learning about a lot of these things.” said Yam. “So we kind of have to understand that especially a lot of these immigrant groups or groups of color are just trying to make it in America and there wasn’t that education there.”

Harnessing that privilege for good requires acknowledging the pain already there from generations of external oppression. Said Finley, “I think that we have to do the work internally. Intra-community conversations are so important for not only recognizing that pain and that hurt and where it comes from, but also educating in a way that allows grace.”