‘Watchmen’ Is A Powerful Exploration Of Black Trauma, And Everyone Needs To Watch 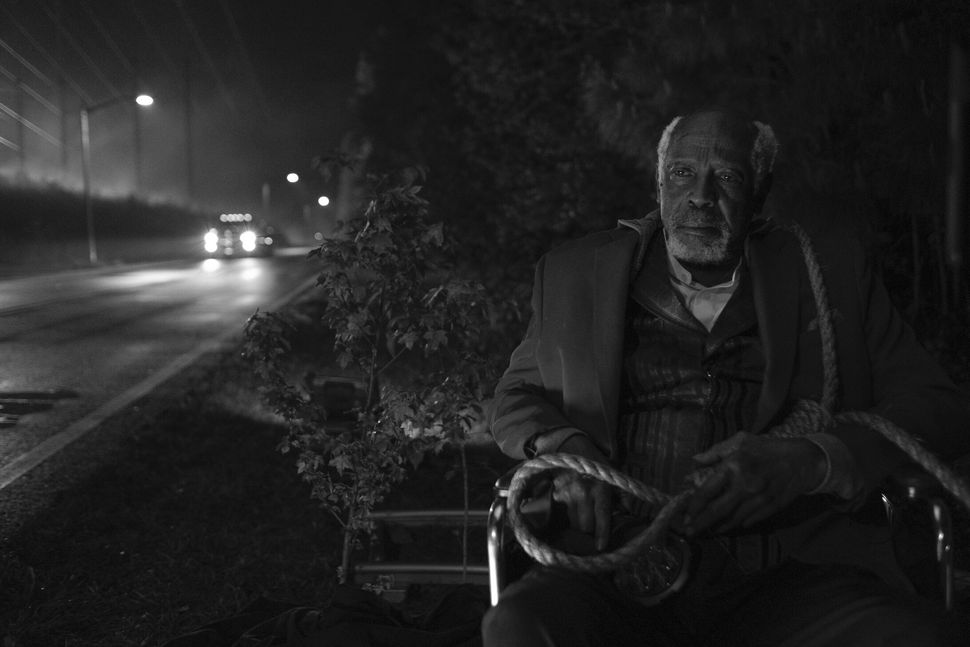 At the start of “Watchmen” Episode 6, Agent Laurie Blake leans in closely to get through to a hazy Angela Abar. Portrayed masterfully by Regina King, Abar has just ingested a “lethal dose of Nostalgia,” and she is close to slipping into a coma.

“You shouldn’t have swallowed your grandfather’s pills, Angela,” Blake says, before explaining how the capsules work. Nostalgia was intended for the elderly and people with dementia. Her grandfather’s memories had been harvested and turned into pill form. With these edible memories, he would never forget his past and would pass the memories on to his descendants.

“Who wants to be in the present when you can live in the past?” Blake (Jean Smart) asks incredulously and, perhaps, rhetorically. For Abar, living in the past means reliving several life-altering events experienced by her grandfather Will Reeves (Louis Gossett Jr.): the horrors of racial terror, white supremacy in the police force, the abandonment of family and a near-death encounter. For the “Watchmen” audience, it also means being transported back in time to finally see the great reveal, one that many fans saw coming. Reeves is Hooded Justice, a Black superhero who assaults and kills criminals, racists and rogue police officers in the streets of New York City. Abar is continuing her grandfather’s crime-fighting legacy — and she didn’t even know it.

“Watchmen” has asked a lot of its viewers to parse through storylines that leave questions unanswered, to relive traumatic moments from our nation’s history, to confront racism in the guise of a superhero series. In doing so, the HBO show treats white supremacy as a villain of a not-so-distant past, one embedded in present-day institutions and familial histories that inform our day-to-day lives. Sunday’s episode, in particular, is a brilliant and timely look at how generations of Americans have confronted this country’s ugly history with racism and how Black families today have been affected by the racial terror of generations past.

The series reimagines the 1986 graphic novel by Alan Moore and Dave Gibbons. Where the protagonists of that iteration fought against the threat of nuclear war with the Soviet Union, showrunner Damon Lindelof and executive producer Nicole Kassell turned the focus of this version to race. That backdrop was immediately clear in the premiere, in which Lindelof and Kassell re-staged the Tulsa Race Massacre, when hundreds of Black residents were killed in 1921 by white mobs in the Greenwood neighborhood, a bustling Black community. The scene introduced millions of viewers to the tragedy.

“To me, ‘Watchmen’ is a story about America, and it’s about self-proclaimed ‘heroes’ fighting an intangible enemy that is almost impossible to defeat,” Lindelof wrote on Instagram. “In the ’80s, that enemy was the pervasive threat of nuclear Armageddon between the U.S. and the Soviet Union. In 2019, that enemy is the long overdue reckoning with our country’s camouflaged history of white supremacy.”

Episode 6, titled “The Extraordinary Being,” is rendered in mostly black and white. Under the influence of Nostalgia, Abar is first transported to 1938, when her grandfather was inducted into the New York Police Department as one of the few Black officers on the force. Several of his fellow officers are members of Cyclops, a KKK conspiracy group, who flash an OK sign reminiscent of the salute for present-day white supremacists. Reeves arrests a white man named Fred for setting a Jewish delicatessen on fire, only to find that his white colleagues later released him. The white officers quickly realize Reeves is on a mission to call out wrongdoings on the force. 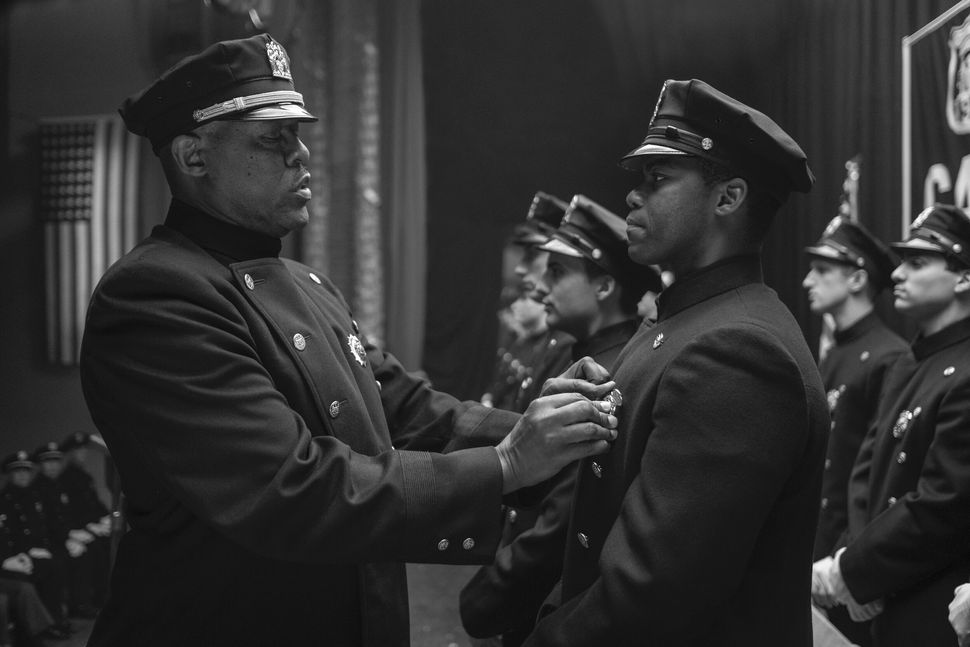 That power imbalance — a Black man infiltrating their white boys’ club — is the same kind of narrative that sparked thousands of lynchings in the United States in the 19th and 20th centuries. Civil rights activist and journalist Ida B. Wells wrote in her journal that she saw lynchings as white peoples’ way “to get rid of Negroes who were acquiring wealth and property and thus keep the race terrorized and ‘the n――r down.’” (Wells’ impact as an anti-lynching crusader is subtly woven through the episode; Reeves’ wife, June, is a journalist for the New York Amsterdam News, and a portrait of Wells hangs in the Reeveses’ home.) In Tulsa; Rosewood, Florida; and Elaine, Arkansas, all marked by racist massacres, Black residents lived in enclaves that promoted prosperity and strength. In Elaine, at least 200 Black people were killed 100 years ago this year, after false rumors spread that Black sharecroppers were planning an uprising against white neighbors.

The episode is marked by a harrowing scene in which a young Will Reeves (Jovan Adepo) is strung up by fellow police officers with a noose. Audiences witness the moment through the perspective of Reeves and see racial terror from the viewpoint of its victims. And Angela, still in her Nostalgia haze, experiences it, too.

For executive producer Stephen Williams, who directed Episode 6, it was important to appropriately address the ugly history of lynchings and not be exploitative. The scene with Reeves was filmed in Macon, Georgia, in Bibb County, where there were seven reported lynchings between 1877 and 1950. There were 594 reported racial terror lynchings in the state of Georgia during that same time, and more than 4,000 across 20 states, according to the Equal Justice Initiative, a nonprofit organization working to end racial inequality.

Williams visited EJI’s Legacy Museum in Montgomery, Alabama, which is dedicated to exploring slavery, lynching, segregation and mass incarceration in America. The museum is blocks away from the national memorial to victims of racial terror. 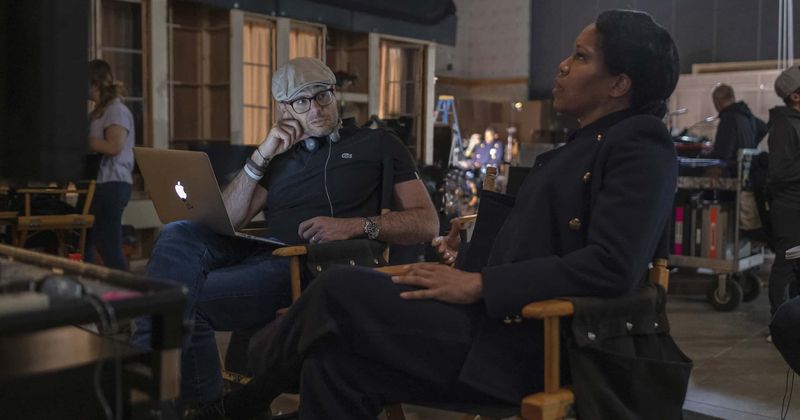 “We really try to put the viewer in the actual subjective experience of what that terror must have felt like,” Williams, who worked with Lindelof on “Lost,” told HuffPost. “So standing there on that ground in the South where these events actually took place not that long ago, and trying to authentically and truthfully and honestly depict an event like that was something I will never forget.”

The episode was co-written by Lindelof and journalist-turned-TV-writer Cord Jefferson. Jefferson, who has written for “Succession,” “The Good Place,” “Master of None” and other popular TV series, said his journalism background helped him and other writers be “thoughtful and interrogative about these big ideas we’ve attempted to address in the show: reparations, racial violence, transgenerational trauma, etc.”

“This episode — about the wounds that haunt a person and the way you can unwittingly transfer your wounds to others — had great significance for me,” Jefferson told HuffPost. “I hope others might feel the same.”

As a survivor of the Tulsa Race Massacre, Reeves carries with him the anger that often follows victims of tragedy. He doesn’t want to confront the past, and that’s why “he’s so goddamned angry,” June (Danielle Deadwyler) tells him. 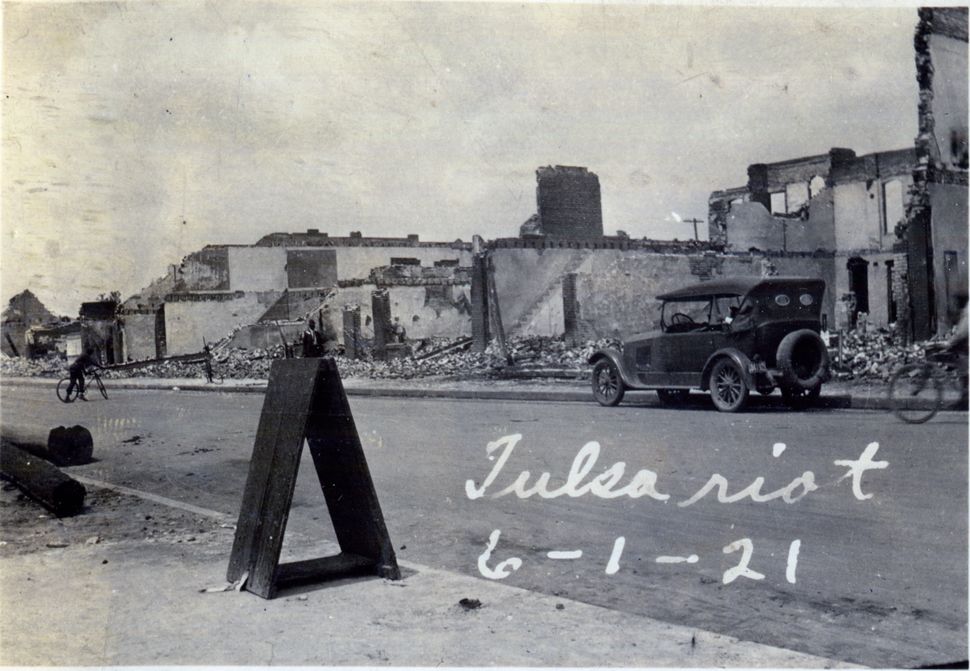 Kimberly Ellis, who hosts discussions about the Tulsa Race Massacre across the country, said seeing a television show share this tragedy with millions of viewers “is an unparalleled type of storytelling in the modern era.” Like Jefferson, she sees the importance of shedding light on multigenerational trauma within Black families who are descendants of racial terror.

“In the story of the Tulsa tragedy of 1921, we have an extremely physical and tangible representation of trauma passed down intergenerationally,” Ellis, an author, speaker and producer, told HuffPost. “There was the physical trauma of complete and total displacement for many families who lived in Red Cross tents for months following the domestic terror and many others who may have returned and/or rebuilt but who could not re-create the generational wealth they had previously established.”

She also said that the “culture of silence” between generations is harmful to young people, who don’t realize how generational wealth has been stolen from them. Brenda Alford, whose grandparents survived the Tulsa massacre, told WBUR earlier this year that her family owned a shoe shop, record store, dance pavilion and skating rink in the Greenwood district. The businesses were burned down in the riots — and for many years, the story was swept under the rug.

“Our community was not able to pass on generational wealth,” Alford told WBUR. “I watched in my time my uncle, my grandfather’s son, who followed his footsteps and got his degree in shoemaking, I watched as he tried to restart the business in the ’70s and was unable to do it. And we saw the effects it had on him. It was absolutely horrible.”

For all that “Watchmen” expertly does to explore America’s history, the series also reckons with our current moment in politics and culture.

The episode slips in real-life references to present-day figures: Fred, the racist man Reeves arrested, has the same name as President Donald Trump’s father, who owned a grocery store in Queens in the ’30s. This year marked the first time Congress considered a bill to create a commission to study the effects of slavery and consider reparations for African Americans. And we are just shy of a year since the federal government recognized lynching as a federal crime. In October, Donald Trump referred to the House impeachment inquiry as a “lynching” and reignited the debate that using the word as a metaphor erases America’s history of racist violence. 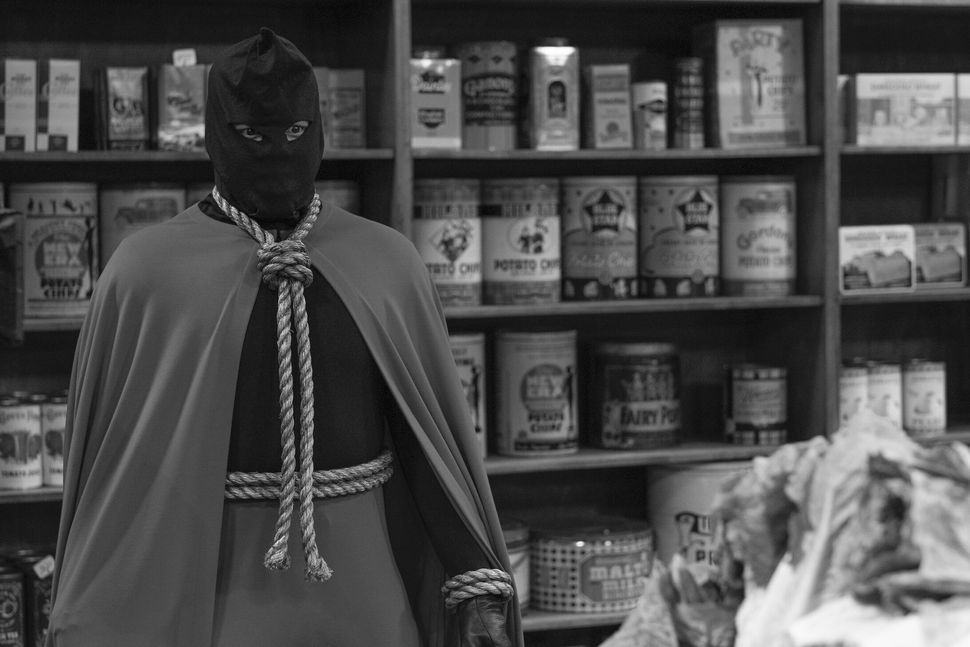 The symbolism of the noose — which was dissected time and time again during the infamous Jussie Smollett saga earlier this year, when he alleged he was the victim of a hate crime — persists today as it shows up on college campuses and in places of employment to threaten Black lives. (The episode, Jefferson told HuffPost, was written long before Smollett’s story made headlines.)

The idea that a hood and noose could represent a signature look for a vigilante against white supremacy is probably the most radical reimagining of historically racist symbols on TV ever. And that Old Man Reeves wears a hoodie is the perfect homage to Trayvon Martin and the Black Lives Matter movement that formed after racist vigilante George Zimmerman was acquitted of all charges in the death of the unarmed 17-year-old in Florida.

“You ain’t gon’ get justice with a badge, Will Reeves,” June tells him after he is attacked by his colleagues. “You gon’ get it with that hood.”

In the final scene of the episode, Reeves sits in his wheelchair after luring Police Chief Judd Crawford to a tree in the middle of the night.

“You have a Klan robe in your closet,” Reeves says.

“If you’re so proud of your legacy, why do you hide it?” Reeves asks, before shining a mesmerizing flashlight on Crawford and convincing him to hang himself.

Indeed, Hooded Justice would shine a light on the truth, one that his memory would never let him forget.