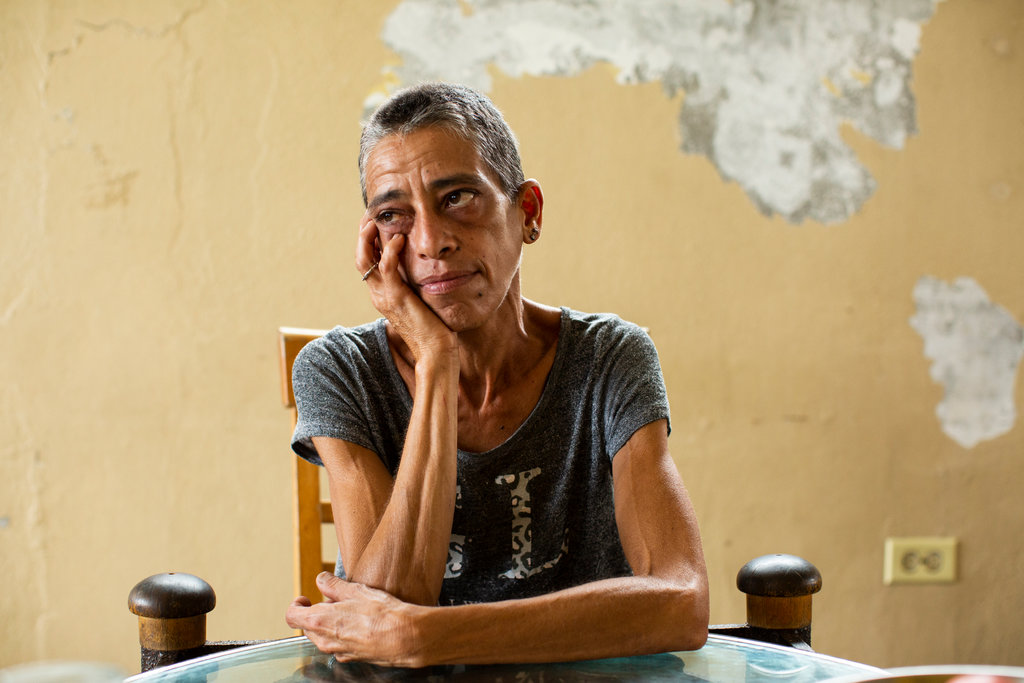 Lost in many of the stories about elected officials bickering over Hurricane Maria relief aid to Puerto Rico is the impact that political inaction has on the lives and livelihoods of residents on the island. Yesterday (April 7), The New York Times published an article that examines what it means now that hospitals have shut down, bridges have been wiped out—and money has not arrived to reverse the island’s fortunes.

“Hunger and An ‘Abandoned’ Hospital: Puerto Rico Waits As Washington Bickers” was written by Patricia Mazzei and opens in Vieques, where the main hospital now sits rusting and deteriorating as a result of the storm:

Hurricane Maria closed the island’s only labor and delivery room, forcing expectant mothers to travel, usually by sea, to the big island eight miles away to have their babies. Just a few emergency births have taken place in an old storm shelter converted into a provisional clinic.

The languishing Vieques hospital is one of many places where rebuilding has stagnated nearly a year and a half after the ruinous September 2017 hurricane. Repairs have yet to begin, slowed by disagreements over the project’s scope and cost, though reopening the hospital is supposed to be a top priority.

Prior to the storm, Puerto Rico’s economy was in distress, with the island facing a total $72 billion in bond debt. But, reports The Times, “Puerto Rican leaders say the delay to the Vieques hospital and thousands of other stalled projects is a reflection of unequal treatment from the White House and Congress, which last week failed to pass disaster relief legislation because of a dispute over how much money to send the island.”

As Colorlines previously reported, last week the Senate voted against a bill that would have allotted $600 million in Supplemental Nutrition Assistance Program (SNAP, also called food stamps) to Puerto Rico—but no money for rebuilding. A number of the Democrats who voted against the measure said it was a way to show their frustration with how the White House has handled recovery efforts for the island. But the reality of life on the island underscores the necessity of including food assistance with any relief package. Per Mazzei:

About 85 percent of food on the island is imported, elevating prices for consumers. Some 1.3 million of 3.2 million Puerto Ricans—about 43 percent of the population—qualify for food stamps. The island has been in an economic recession for 12 years.

Beyond food assistance and hospitals, the island needs recovery funds for a number of critical projects:

Also awaiting funding: police stations, public schools and roads. The town of Villalba needs to replace its emergency operations center and an assisted living facility for seniors, both destroyed by the hurricane, Mayor Luis Javier Hernández said. (The town has leased other buildings to house the facilities in the meantime.) Residents of nearby Barranquitas, in Puerto Rico’s mountainous central region, have had to take 40-minute detours along country roads because two major bridges were washed out.

“It’s been dangerous, and there have been several accidents,” Mayor Francisco López of Barranquitas said. “It’s really concerning, because the hurricane was a year and a half ago—and we’re two months from the start of a new hurricane season.”

Although the federal Office of Management and Budget says theFederal Emergency Management Agency (FEMA) has distributed $11.2 billion in aid to Puerto Rico, The Times reports that approximately $41 billion has been allocated but not yet distributed. Additionally, researchers have concluded that distribution of funds has taken longer than it did for other regions hit by natural disasters:

A University of Michigan analysis published in the journal BMJGlobal Health in January found it took twice as long—four months—for Hurricane Maria survivors in Puerto Rico to receive a comparable amount of individual aid (about $1 billion) as Hurricane Harvey survivors in Texas and Hurricane Irma survivors in Florida, though Maria was stronger and more devastating. Maria killed an estimated 2,975 people in Puerto Rico.

In addition to the slow disbursement of aid, a report last month from the Government Accountability Office found that the Department of Housing and Urban Development lacked a robust plan to monitor disaster relief grants, including $20 billion approved for Puerto Rico.