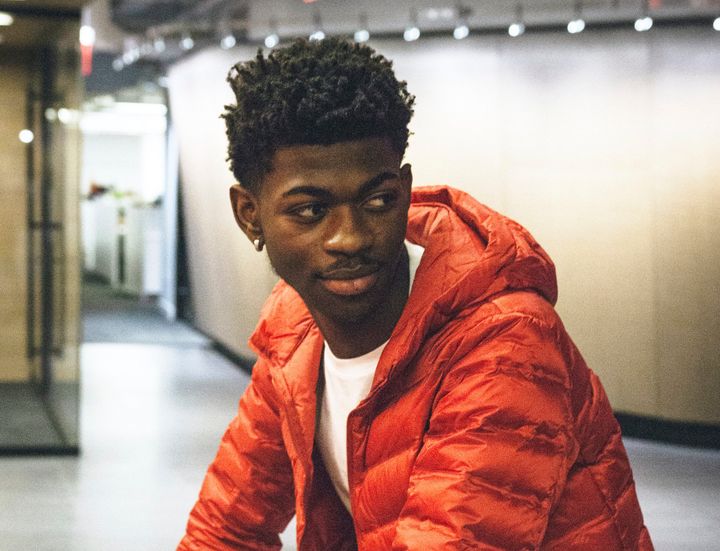 Lil Nas X released the official remix of his viral hit “Old Town Road” on social media early Friday morning. He also shared a video shot in a recording studio where he’s dancing to the song while Cyrus plays a guitar.

Within hours, the video and clips of the song were being shared on Twitter. While the remix was praised for sounding good, it was also celebrated for the way it trampled on limitations within the country music genre.

Lil Nas X first released “Old Town Road” in December of last year. It went viral after it gained traction on an app called TikTok. The song charted on music streaming platforms like Spotify and made it onto Billboard’s Hot Country Songs chart. It’s currently No. 15 on Billboard’s cross-genre Hot 100 chart.

But last month the music news outlet removed the original version of “Old Town Road” from the Hot Country Songs category. “Upon further review, it was determined that ‘Old Town Road’ by Lil Nas X does not currently merit inclusion on Billboard‘s country charts,” it said in a statement to Rolling Stone.

The statement explained, “When determining genres, a few factors are examined, but first and foremost is musical composition. While ‘Old Town Road’ incorporates references to country and cowboy imagery, it does not embrace enough elements of today’s country music to chart in its current version.”

People criticized the move, pointing out that the world of country music has a history of racism and discrimination, particularly when it comes to the inclusion of black artists. Many on social media also noted the irony of racial discrimination in country music, given the genre’s black roots.

Well, I mean, he still doesn't play guitar, but the real problem here is that Lil Nas X is a black man, from Black Hollywood, AKA Atlanta.

In 2017, the Recording Academy’s country music committee got hit with a similar backlash when it rejected Beyoncé’s song “Daddy’s Lessons” for Grammy consideration. Beyoncé also drew criticism from some country music fans who were evidently distressed over her performing the song alongside the Dixie Chicks at the Country Music Awards ceremony that year.

Last week, Twitter user Shane Morris, who said he once worked for a prominent country music label in Nashville, posted a series of messages addressing the racial implications of Billboard removing Lil Nas X’s song from its country music chart. He argued that songs by Maren Morris, Taylor Swift and Kacey Musgraves have all been allowed on the country music chart despite their pop-leaning elements.

“The real problem here is that Lil Nas X is a black man, from Black Hollywood, AKA Atlanta,” Morris wrote.

“By removing Lil Nas X from the Country Charts, the powers that be (and yes, I’m openly saying the Country music industry operates like the mafia) continue what they want country music to sound like, and more importantly... LOOK like,” Morris wrote. “Because this isn’t about sound. At all.”

Billboard released a statement to HuffPost via email, saying that its “decision to take the song off of the country chart had absolutely nothing to do with the race of the artist.”

The statement continued, “Billboard offers category-specific charts simply as a tool for people in the music business to better gauge the success of songs relative to others in a given format. We are often times faced with difficult categorization choices.”

The music publication added that it uses a number of factors to determine which chart a song lives on, including musical composition, airplay, the musical history of an artist, how a song is marketed and promoted, and how the song is platformed on streaming services.

“Our initial decision to remove ‘Old Town Road’ from the Hot Country Songs chart could be revisited as these factors evolve,” Billboard added.

Lil Nas X told Time in an article published March 30 that he considered “Old Town Road” to be “country trap.”

The 19-year-old artist seemingly had aspirations to include Cyrus on his record for months. On Friday, he retweeted a video of himself from December with this caption: “twitter please help me get billy ray cyrus on this.”

On Wednesday, Cyrus publicly threw his support behind Lil Nas X, tweeting, “When I got thrown off the charts, Waylon Jennings said to me ‘Take this as a compliment’ means you’re doing something great!”

.@LilNasX Been watching everything going on with OTR. When I got thrown off the charts, Waylon Jennings said to me “Take this as a compliment” means you’re doing something great! Only Outlaws are outlawed. Welcome to the club!

On Friday, Lil Nas X wrote on Twitter that Cyrus gave him “one of the most uplifting talks,” which he said brought him to tears.

In another video published on Twitter, the veteran country star tells Lil Nas X that he is “a light.”

“You’re a light in this world, man,” Cyrus can be heard saying. “You’re gonna shine. People are going to see you from all over the universe.”