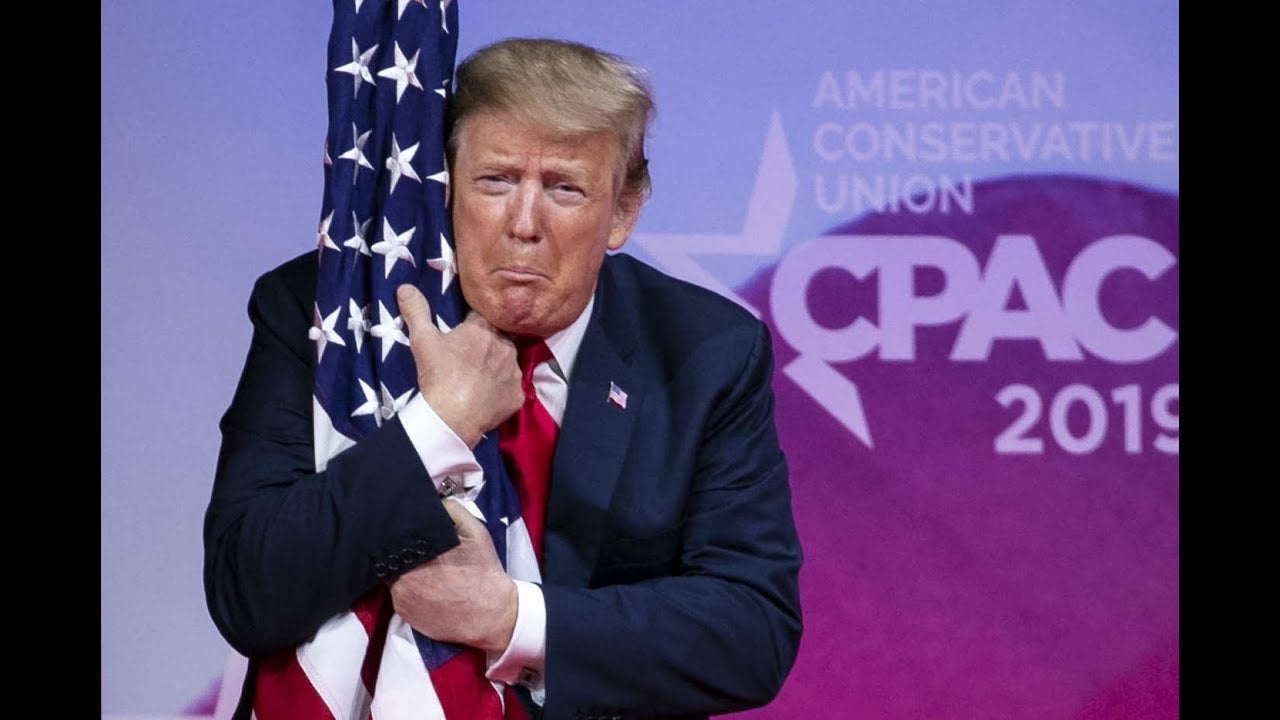 He didn’t take a knee, but, in the eyes of his detractors, he might as well have.

Yes, President Donald Trump, oft-critical of those who don’t “stand proudly” for the “Star Spangled Banner,” didn’t appear to be standing all that proudly, nor at attention, while the national anthem was performed during his own Super Bowl party on Sunday night.

In a video posted by the Miami Herald, Trump is seen waving his hands like a conductor, adjusting his chair, looking around, greeting guests — all while those around him, including his wife, Melania, stand with their hands over their hearts.

The Herald accessed the video in an Instagram story posted by a real estate agent for a Russian-American firm that frequents Mar-a-Lago. The White House and the Trump Organization did not respond to requests for comments from the paper, which sent along copies of the video.

And, of course, his more ardent supporters have espoused the same belief. In fact, Fox Nation host Tomi Lahren called out a famous couple opting to sit during the very same performance of the national anthem over the weekend:

Beyoncé & Jay-Z (former crack dealer)sit for the national anthem because apparently the United States of America has oppressed them with millions upon millions of dollars & fans. Sounds rough. Maybe they should try another country that allows them a little more freedom & success?

Our troops are worthy of a commander-in-chief who respects them. Instead, they’re being led by a self-centered man-child. https://t.co/QsHwtNz7mg

What do you think is going on with president Trump? Is this a blatant case of hypocrisy or are there some serious mental issues at play here?