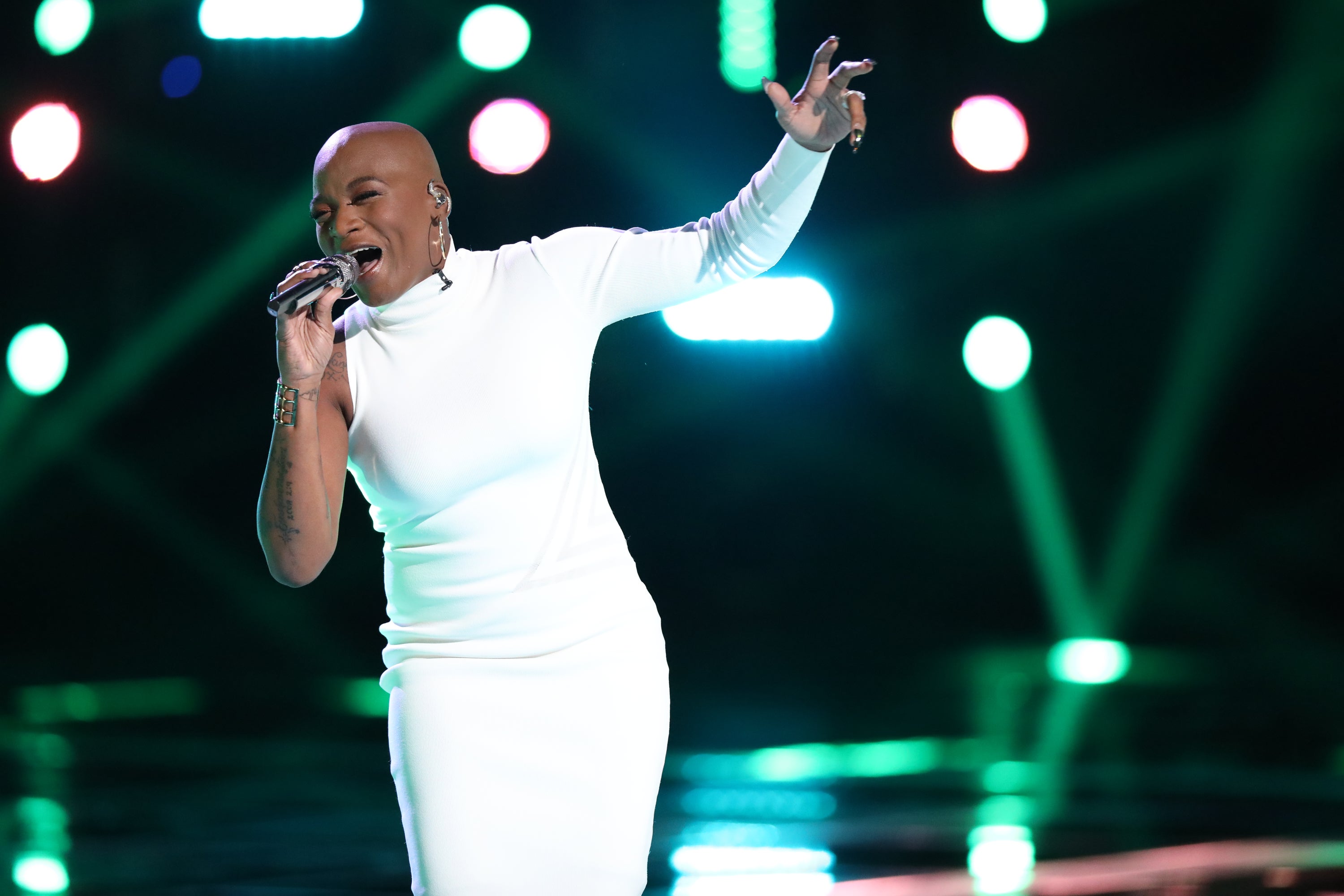 The Voice contestant Janice Freeman, who competed for Team Miley on the NBC series in 2017, died Saturday of complications from pneumonia and a blood clot, according to her management team. She was 33.

Freeman’s team confirmed her death, which was first reported by TMZ, in a statement posted to her Instagram account.

“We are heartbroken to report that Janice Marie Freeman passed away on March 2, 2019 from an extreme case of pneumonia and a blood clot that traveled to her heart,” the statement read. “While at home her husband Dion performed CPR until the ambulance arrived. She passed away at a local hospital shortly after.”

The statement continued, “A survivor and fighter, and a beautiful force in this world, Janice gained notoriety through her success on NBC’s The Voiceas a member of Miley Cyrus’s team. Her story inspired fans nationwide, having successfully battled cervical cancer and living her life to the fullest while fighting lupus. Her friends and family greatly appreciate your prayers, calls, and texts during this time, and ask that they be given space to remember everything that Janice was to them as they process and mourn her loss.”

Brandi Carlile also paid tribute on Instagram, writing, “At 33 years old we lost an icon yesterday that the world hadn’t fully realized yet. Her massive voice is still with us…My heart is with her beautiful and enduring family today. She was a stronger woman than me and maybe one of the strongest I’ve ever met. Thank you @mileycyrus for bringing this spirit into my life for even the moment she was here. What we all wouldn’t give to be seen the way she saw you. Love and healing ❤️ Rest In Peace @janicefreeman”

Freeman is survived by her husband Dion, daughter Hannah and mother Janice.

The singer rose to fame on season 13 of the popular competition series, where she was recruited for coach Cyrus’ team and made it to the Top 11.

Her biography from her time on the show said Freeman’s goal in achieving a successful music career was to “provide stability” for her daughter Hannah. It also focused on her recovery from a cervical cancer diagnosis in 2012.

She and Cyrus shared a close bond that lasted after Freeman left the show, as she revealed on Twitter in January 2018 that the “Nothing Breaks Like a Heart” singer even helped cover her housing bills for six months.

“Thank you ALL but she found us placement until we found permanent housing, gave me the deposit, covered me for 6 months so I can get on my feet!” Freeman wrote at the time. “@MileyCyrus you are one of my closest friends and what you did for me and my family Im praying GOD gives you the desire of your heart!”
Cyrus, 26, shared a sweet tribute to Freeman on her Instagram Sunday with a picture of a rainbow poking out above the trees.

“Thank you @janicefreeman … for everything. This represents you perfectly,” Cyrus, 26, wrote.

Coach Jennifer Hudson, 37, also remembered Freeman by sharing a video clip of her auditioning for The Voice with “Radioactive” by Imagine Dragons.

“@janicefreeman the voice of hers we got to hear and the bit of life we got to watch her live was a blessing and inspiration to us all! My heart and prayers go out to@janicefreeman daughter and family !@mileycyrus @nbcthevoice#ripjanicefreeman,” Hudson wrote.

@janicefreeman the voice of hers we got to hear and the bit of life we got to watch her live was a blessing and inspiration to us all! My heart and prayers go out to @janicefreeman daughter and family ! @mileycyrus @nbcthevoice #ripjanicefreeman