The International Olympic Committee said Thursday that competitors in the 2020 Tokyo Olympics will be barred from making political gestures during the Games.

“It is important, on both a personal and a global level, that we keep the venues, the Olympic Village and the podium neutral and free from any form of political, religious or ethnic demonstrations,” the committee said in a statement explaining the new guidelines.

According to the committee, athletes will be prohibited from “protesting” or “demonstrating” on the field of play; in the Olympic Village; during Olympic medal ceremonies; and during the opening, closing or other official ceremonies. They said any kind of political messaging on signs or clothing qualifies as a protest, as well as gestures and any “refusal to follow the Ceremonies protocol.”

“Disciplinary action will be taken on a case-by-case basis,” the committee said. 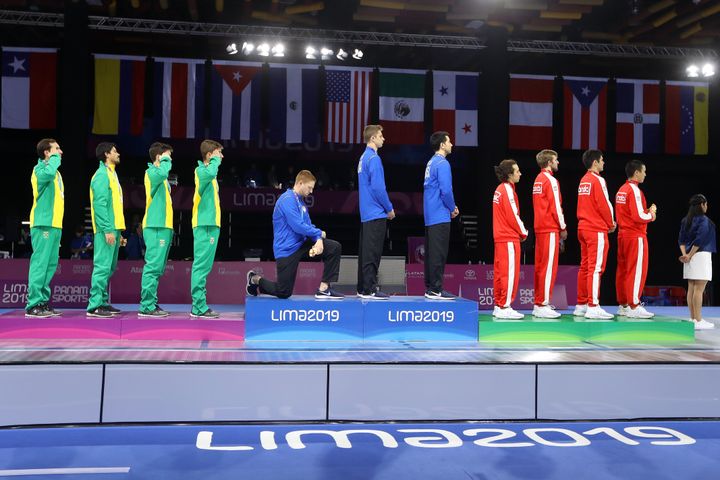 Athletes have used the Olympic Games to make political statements for several years, perhaps most notably during the 1968 Olympics, when track stars Tommie Smith and John Carlos raised their fists during their medal ceremony to honor Black people suffering racism in America. But in recent years, the discussion about athletes making political statements on or near the field of play has centered on former NFL quarterback Colin Kaepernick, who began kneeling during the national anthem in recognition of racial injustice in 2016. He was dropped from the San Francisco 49ers and has yet to be hired by another team.

A number of U.S. athletes ― including gold medal fencer Race Imboden and hammer thrower Gwen Berry ― have made similar gestures since Kaepernick began kneeling. After Imboden knelt during his medal ceremony and Berry raised a fist during hers at the Pan American Games last August, both athletes were placed on probation for a year. 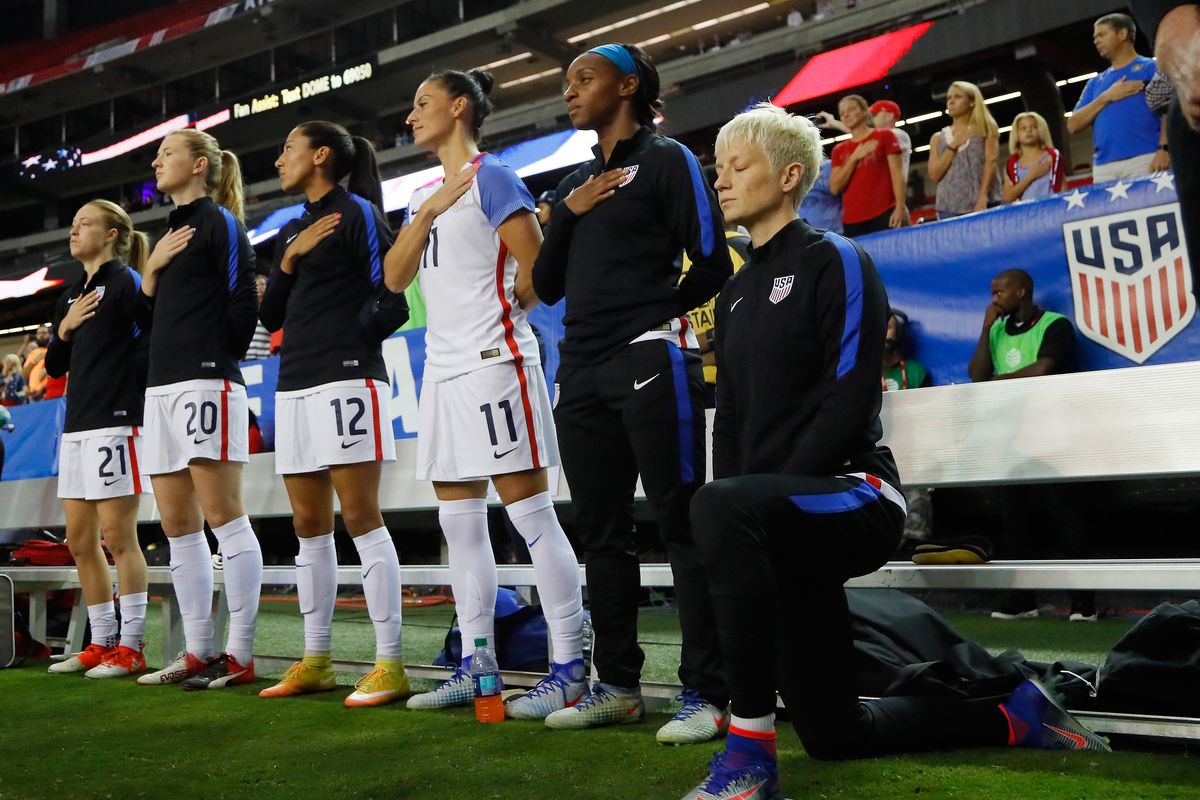 In its statement released Thursday, the IOC claimed its new guidelines curbing political speech are meant to protect the sanctity of the Games.

“If we do not, the life’s work of the athletes around us could be tarnished, and the world would quickly no longer be able to look at us competing and living respectfully together, as conflicts drive a wedge between individuals, groups and nations,” the committee said.

The committee provided a list of places where they say athletes will be allowed to express their views, including social media (yes, really), outside the Olympic Village and in private team meetings.