Brandon Webb has made a living by taking advantage of America's obsession with kicks. The 19 year old based in Los Angeles is the founder of Hypluxe, a members-only community that teaches sales secrets of the massive secondary market for limited-edition sneakers.

Webb says he works with a team of experts to secure and re-sell shoes for mindboggling prices. As Webb explained to Entrepreneur, "In 2018 Nike released one of the most coveted sneakers to date, the Off-White Air Jordan 1 ‘White’, for just $190. Today, it will cost you upwards of $3,000 on the resale market to get your hands on a single pair."

With exclusive sneakers releasing nearly every week, insiders estimate that this secondary market is doing $1 billion in sales. Here's how Webb is staking his claim.

What makes the sneakers worth so much?

"It all comes down to supply and demand. Companies like Nike and Adidas release exclusive sneakers in collaboration with celebrities and artists like Virgil Abloh and Kanye West, as well as updated versions of classic models. Resellers know these sneakers will sell out, and so does everyone who wants to wear them. The combination of limited availability and hype drives prices through the roof on the secondary market."

How do you pick sneakers to buy and flip?

"This is one of the best things about this market -- I know what’s going to be profitable far before they’re released. As soon as a sneaker is announced, I’ll have a good idea of the margin. As a rule of thumb, artist collabs, country-specific exclusives, and updated classics are usually great flips. These include Yeezys (Kanye West’s collaboration with Adidas) and Nike’s Jordan 1’s. I’ve got connections that provide me with exact stock numbers, so I know just how limited they’ll be, but you actually don’t even need to know anything about sneakers to know what’s worth buying. Sneaker blogs now make lists of the ‘most popular upcoming sneakers’ and update them weekly. They even tell you exactly what websites they’ll be releasing on. In short, if there is hype and exclusivity, there’s money to be made." 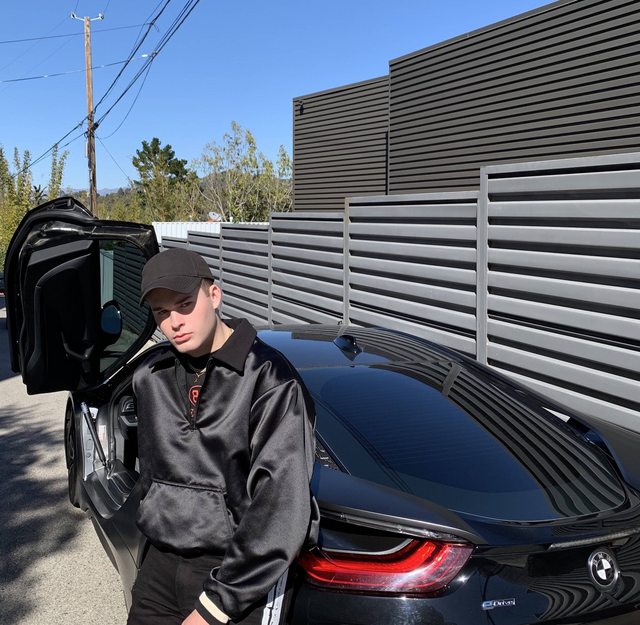 How do you get so many pairs of these shoes?

"I get nearly all my pairs online. The average reseller will use computer programs called bots to try to get their hands on sneakers. Bots virtually automate everything, attempting to rapidly check out multiple pairs from websites before they sell out, much faster than any human could. These are common among most resellers, but there’s no way to win by playing fair here -- and as you’d expect, bots available to the public are inferior to those used privately. The people making the most money have connections with investors, elite hackers, and industry insiders, as well as access to private software that essentially gives us a monopoly over the supply. Once we’ve locked onto what sneaker we want, what sizes, and where to purchase them, superior experience, tools and funding essentially guarantee our success. We can get thousands of pairs from our laptops, while someone might camp out all night just to snag a single pair -- even if they use a bot. Gotta feel sorry for them sometimes, but that’s the game."

How much do you invest on a sneaker drop?

"Every release is different, and the main goal is to purchase as many as possible before they sell out. On that Off-White Air Jordan 1 ‘White’ release last year, I got about 100 pairs. The rest of my team did similar numbers. Each pair cost $190, and I spent about $6,000 on the setup to make it happen, so that's like $25,000 total. The sneaker released exclusively in the EU, so resale prices were very high. We could flip each pair for $1,000 profit the same day we bought them, but today that stock of 100 shoes is worth about $290,000. Not too bad for a day’s work. Less exclusive sneakers like Yeezys may have profit margins of only a couple hundred dollars, but securing 1,000 pairs will make up for that." 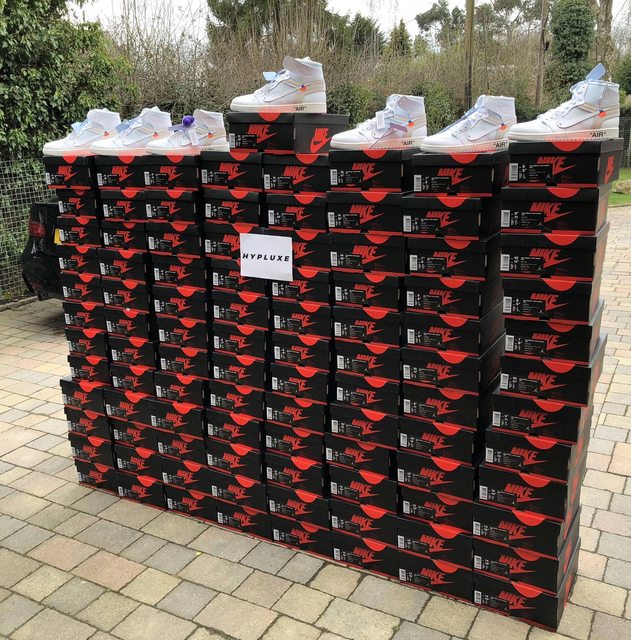 Where do you sell the sneakers?

"This is probably the easiest thing about what I do. Years ago it was a different story, but today there are dedicated marketplaces for sneakers, such as StockX, Hypremium, and GOAT, so you do everything from an app. It makes the whole process seamless and ensures authenticity for both the buyer and the seller. These apps basically act as stock markets for sneakers -- it results in pretty consistent resale prices and makes selling easier than ever. When I need to move hundreds or thousands of pairs, I usually sell them directly to a bulk buyer for convenience."

How much can the average sneaker reseller make?

"For beginners, if you’re serious, you can easily make an extra few thousand a month doing it as a side job. A lot of the people I mentor are college students who just resell casually and make a decent income. Sneakers release all the time, and what is great is if you buy something that you can’t flip for some reason, you can just return it for free. Nothing to lose."

Have any of the major sneaker companies tried to stop you?

"Absolutely. Both brick and mortar stores, as well as online websites, set limits of one-per-person on exclusive sneakers. It’s pretty funny. They also employ some of the biggest cybersecurity companies in the world to try to prevent resellers from purchasing online. In a game where profits are so unusually high, it’s a constant cat-and-mouse game. In the end, there’s always a way around things."

"It is, for now. There are trends that come along in life that people are aware of, but for some reason they let them pass by without taking any action. Before they have a chance to make any money, it’s too late. Sometimes opportunities appear that you just can’t ignore. This is one of them. I always tell people, take advantage of it while you can."