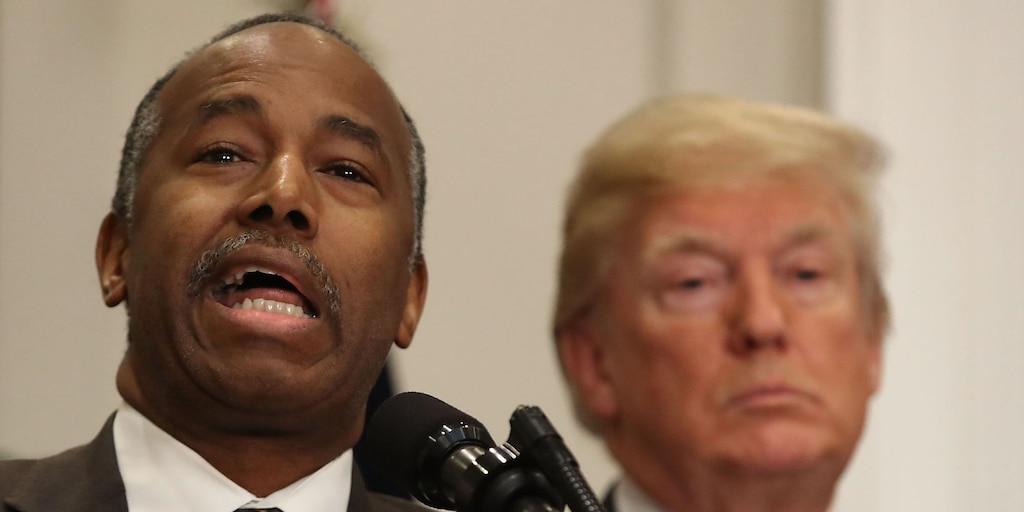 The Trump administration is attempting to reverse Obama-era rules that fight racial discrimination in housing, and it's also targeting a federal law that's underpinned the desegregation of American neighborhoods for a half-century known as the Fair Housing Act.

The Department of Housing and Urban Development is completing a regulation scaling back a rule that combats discrimination even when its unintended - such as banking lenders' use of algorithms that disproportionately reject applicants of color.

Other proposed changes include eliminating a rule withholding federal funding from cities and municipalities that fail to confront segregation.

The Department of Housing and Urban Development did not respond to requests for comment.

Civil rights advocates and experts, though, argue that collectively rolling back these policies threatens to undo decades of progress in curbing discrimination. Shaun Donovan, a former HUD secretary in the Obama administration, called it "reckless and wrong" in a New York Times op-ed last week.

Starting in 2015, local governments were required to collect data to better track patterns of neighborhood development and segregation to obtain federal housing funds.

Ben Carson, the current HUD secretary, though, said in late 2018 that the rule was "actually suffocating investment in some of our most distressed neighborhoods that need our investment the most" instead of expanding affordable housing options as it was designed to do.

Carson has also staunchly criticized federal efforts to desegregate neighborhoods for many years, calling it "failed socialist experiments." His department beat back an advocate-led lawsuit charging him with dismantling the Fair Housing Act in 2018.

Back in the 1970s, Trump's family estate company was accused of violating the FHA by not allowing black people to lease its apartments, though the Trump Organization later settled the case.

The Trump administration has also appointed two regulators to overhaul a 1977 law that compels banks to invest in low-income neighborhoods and help transform them into areas of economic opportunity.

Critics, though, have argued the changes could benefit construction projects that aren't necessarily designed to serve local residents, such as an NFL stadium.

Black and white communities have long experienced a profound gap in wealth. The black-white homeownership gap, for example, is 30.1 percentage points, according to the Urban Institute, as whites are far more likely to own a home. It's also the widest it's been since the 1960s.