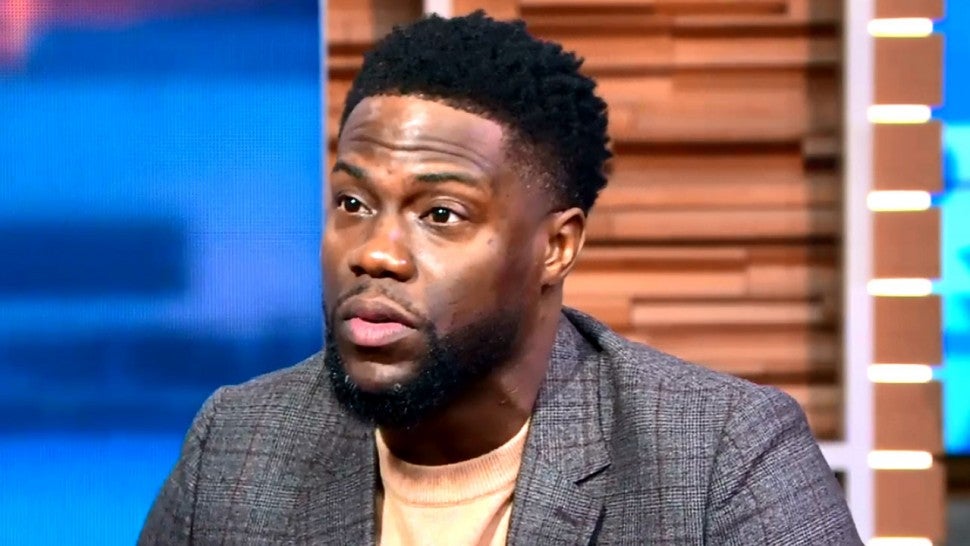 It was reported on Sunday that popular actor and comedian Kevin Hart was involved in an incredibly serious car accident early in the morning, as his Plymouth Barracuda was found in a gully off side of the road in Malibu Hills. Hart wasn't driving the vehicle at the time of the accident, but he did suffer some injury in the process. The reports of the accident say that Hart had some "major back injuries," though there's no telling exactly how serious they are.

With Hart hospitalized for these injuries and no word as to what exactly the injuries are or what kind of effect they'll have on the actor, many of his current and former co-stars are taking to social media to offer up thoughts, prayers, and words of encouragement to their friend.

Stop messing with my emotions brother @kevinhart4real. We have a lot more laughing to do together. Love you man. Stay strong 🙏🏾

I’ve just heard that @kevinhart4real was injured today in a car accident in Los Angeles. Let’s all send him positive energy and healing thoughts. He’s a good human. Get well soon, brother. B

From Dwayne "The Rock" Johnson to Hart's The Upside co-star Bryan Cranston, and several different celebrities found themselves on social media sending some love Hart's way.

*Thank God you’re still here to tell your testimony. Praying for you and all involved, a speedy recovery. @KevinHart4real - and thank Goodness for a strong classic car. I just saw the pictures. You all are blessed to be alive. Wow...

At the crash site, Patrol officers determined that Hart was not under the influence of alcohol at the time of the collision. The third occupant did not suffer any substantial injuries.

Hart bought the Plymouth back in July as a 40th birthday gift to himself.

I added some more muscle to the family for my 40th....welcome home "Menace" #MuscleCarLover

In an Instagram post on Saturday, he wrote that he was happy to not be traveling over the holiday weekend.

"Being home makes me happy....enjoy your weekend people!!!! #LiveLoveLaugh," Hart wrote on Instagram.