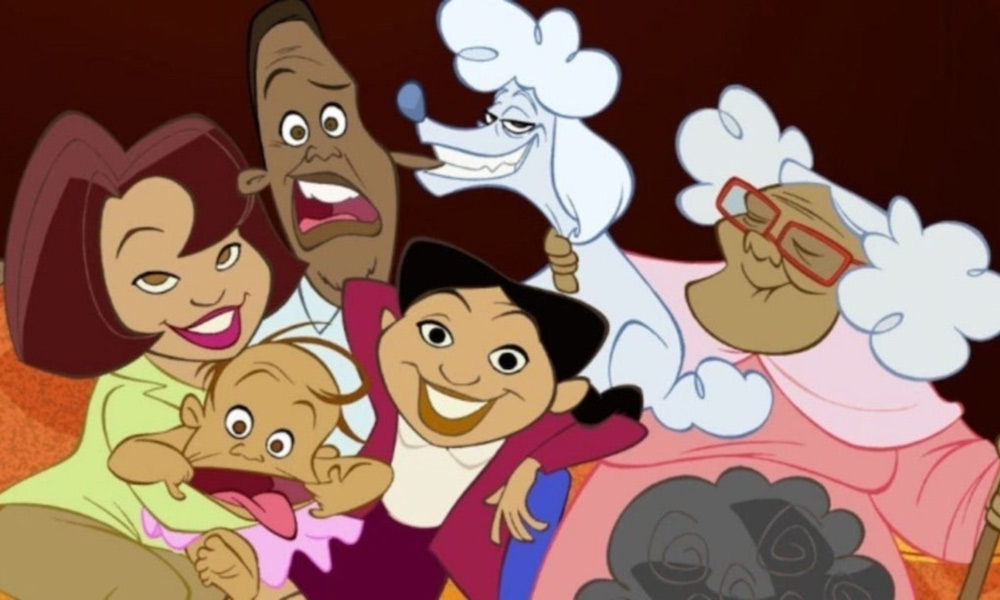 2020 has only just begun, but Disney + is already trying to solidify its place as the very best streaming platform. After some confusion about its absence, Disney + has just dropped the iconic series, The Proud Family in its entirety on its service, and honestly, we are overjoyed.

If you were a tween or a teen in the early 2000s, then The Proud Family undoubtedly made quite an impact on you. The theme song alone is iconic. It was sung by Destiny’s Child and Solange.

Clearly, this was the best way to enter the new year.

TRUDY! 🗣 Seasons 1 and 2 of #TheProudFamily are now streaming on #DisneyPlus!

This is why ‘The Proud Family’ is so iconic

The animated series ran on the Disney channel from 2001 to 2005. At the time, there was a huge void in diversity in Hollywood. The Proud Family shifted that by showcasing Black and Latinx characters. For millions growing up during that era, it meant everything to see their culture represented on screen, even in an animated world.

The Proud Family follows Penny Proud (voiced by Kyla Pratt), a precocious teenager trying to navigate her daily life with her eccentric parents, Oscar and Trudy Proud as well as her grandma, Suga Mama. Penny’s besties, Dijonay, Sticky and Zoey and her archnemesis LaCienega also added humor, character, and real-life lessons to the show. The show was so iconic that even Mariah Carey appeared on an episode.

Both seasons of The Proud Family are currently streaming on Netflix.

The Proud Family being on Disney+ reminds me of how much the theme song slaps. pic.twitter.com/cby31gPl8u

Twitter is thrilled that ‘The Proud Family’ is currently on Disney +

Despite their glee, most fans were horrified that Disney + would dare suggest they skip The Proud Family theme song. One Twitter user declared, “No Disney+ I DO NOT wanna skip the Proud Family Intro. stop asking me.” Another added, “Disney plus asked me if I wanted to skip the intro to the proud family like don’t disrespect me like that.”

Disney + is rebooting ‘The Proud Family’

Though there had been whispers of a reboot since August 2019 — Jo Marie Payton who voiced Suga Mama on the original show confirmed The Proud Family’s return in late November 2019. “Yeah, Suga’s large and in charge. That’s all I’ve got to say — except for Suga Mama will be doing some new episodes come February,” she revealed to GMA3.

Back in August 2019, Tommy Davidson, who voiced Oscar Proud, told @WhereIsTheBuzzTV that the show was being revived — but things weren’t official until Payton’s announcement.

This will provide a new opportunity for even more guest stars to appear on the show. Along with the “All I Want For Christmas Is You” songstress, Gabrielle Union, and Kobe Bryant were just a few names to pop up on the original.

As long as Disney + doesn’t change anything about the theme song — people will riot if they do — we are here for this reboot.