The New Jordans Came and Went During the Last Dance Premiere 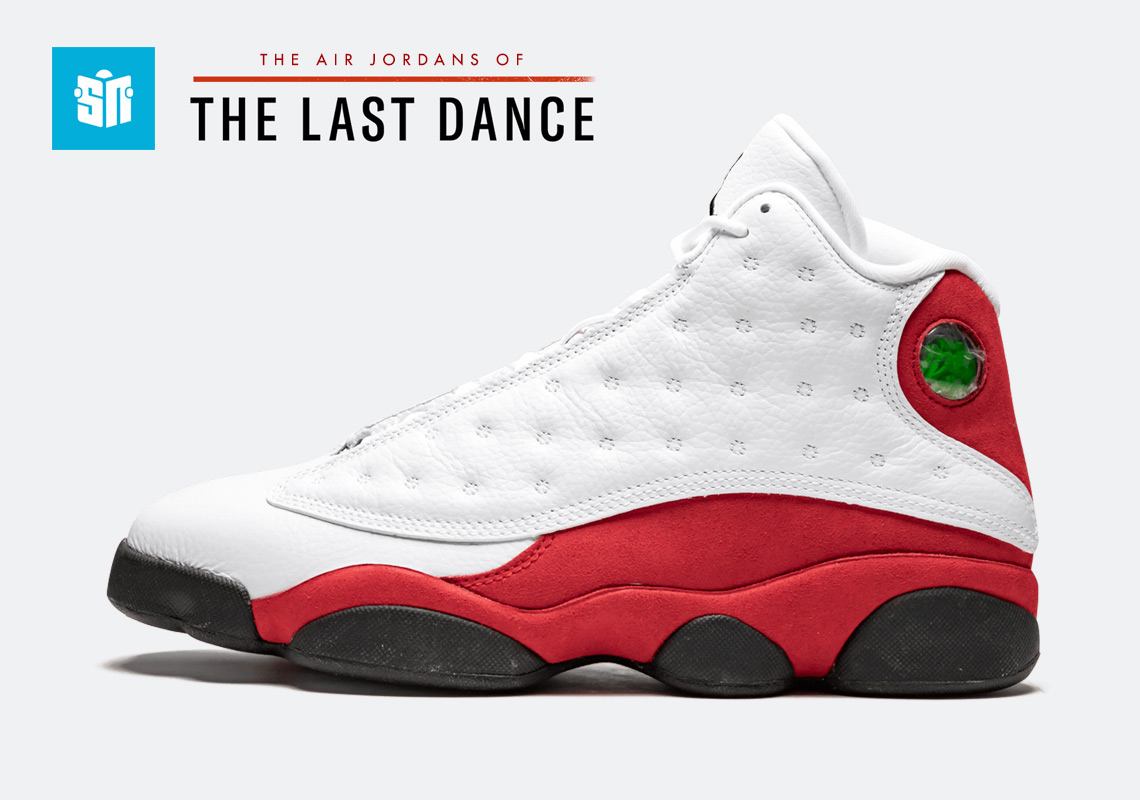 Air Jordans are hard to come by in normal times, let alone when people are stuck at home and everyone is talking about Michael Jordan and the Bulls with the premiere of “The Last Dance.”

Nike released a set of Air Jordans when the documentary series started. They were sold out before the opening credits.

It took just a few minutes for these to be claimed. Maybe next time, sneakerheads.

Nike did a surprise drop of the Jordan V for “The Last Dance”. Predictably, they sold out before the opening credits. pic.twitter.com/QvBp9MDGJ7

It seemed as if the entire internet was waiting on pins and needles — and “The Last Dance” delivered.

The much-anticipated, 10-part, behind-the-scenes look at the final year of the Chicago Bulls dynasty unveiled its first two episodes on Sunday night, with fans, celebrities, NBA players past and present, and more all coming together to relive the waning days of Michael Jordan’s time in Chicago.

And, just like you, they all loved what they saw:

“The feeling of watching Jordan is unprecedented. It will never be felt again.”@ClubTrillion reacts to the first two parts of #TheLastDance pic.twitter.com/QogvWZoIF9

Is it next Sunday yet? #TheLastDance

If I had 3 wishes in life. I think I would have asked for #TheLastDance


Michael Jordan’s Last Dance was fantastic and I loved all two hours of it!! Young fans that never got to see Michael play now understand why he’s the 🐐 of basketball!

Indeed, in just the first two hour-long episodes, “The Last Dance” showed the depth of its storytelling, with over 20 different interview subjects featured in the opening 15 minutes alone. The stories were honest and riveting, with contemporary perspectives supplemented by an astonishing amount of all-access footage.

Sneakerheads were shocked when SNKRS made a surprise drop of the Fire Red Air Jordan 5s to help celebrate The Last Dance. However, excitement turned to despair for many as the new release sold out in minutes.

Fuck the SNKRS app for real. Like they make it so weird to get regular ass sneakers. Like relax. I love @Nike. Can’t stand this fucking app. https://t.co/1oATI6hAfQ

i wanna cop them but you cant when they sold out. https://t.co/nzYz90NpGb

Me getting ready to cop the Fire Red V’s on SNKRS pic.twitter.com/SyvajgFHSC

Whoever decided to shock drop the Fire Red 5s at 9 @ night... pic.twitter.com/UdH1RU0HoS

SNKRS with a shock drop of the “Fire Red” Air Jordan 5 to celebrate The Last Dance. Who got lucky? pic.twitter.com/ZcR9x6zWS0

If you missed out on the iconic sneaker via the SNKRS app last night during the long-awaited documentary for NBA icon Michael Jordan’ final championship-winning season with the Chicago Bulls, not all hope is lost as the silhouette will be available on the platform on May 2 at 10 a.m. ET with a $200 retail price.

The Air Jordan 5 “Fire Red” features a white leather upper that’s paired with a contrasting black midsole with fire red accents. The bold hue is also featured on the collar, tongue, heel and lace locks. According to Jordan Brand, this is the sneaker Jordan wore on the court on March 28, 1990, when he scored a career-high 69 points in against the Cleveland Cavaliers.