A favorite, long-haired cousin makes his The Addams Family trailer debut (not even his vocalizer – Snoop Dogg – was mentioned in the previous teaser). So check out Cousin It in today’s new trailer for MGM’s upcoming Halloween-month treat.

In addition to Cousin It, the new trailer gives us a look at Midler’s Grandma. We also see a bit more of the neighbors and their, uh, concern, over the arrival of the bizarre family to the neighborhood. 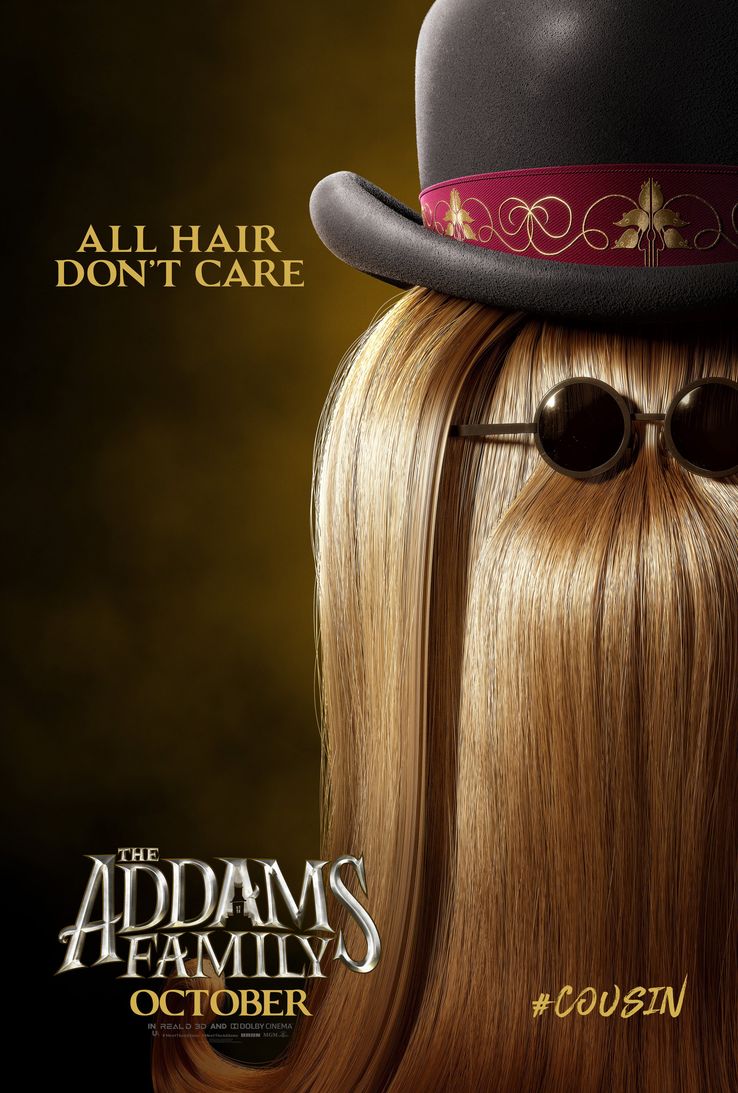 Check out the trailer above, and here is the film’s new poster, complete with It and a family pet.