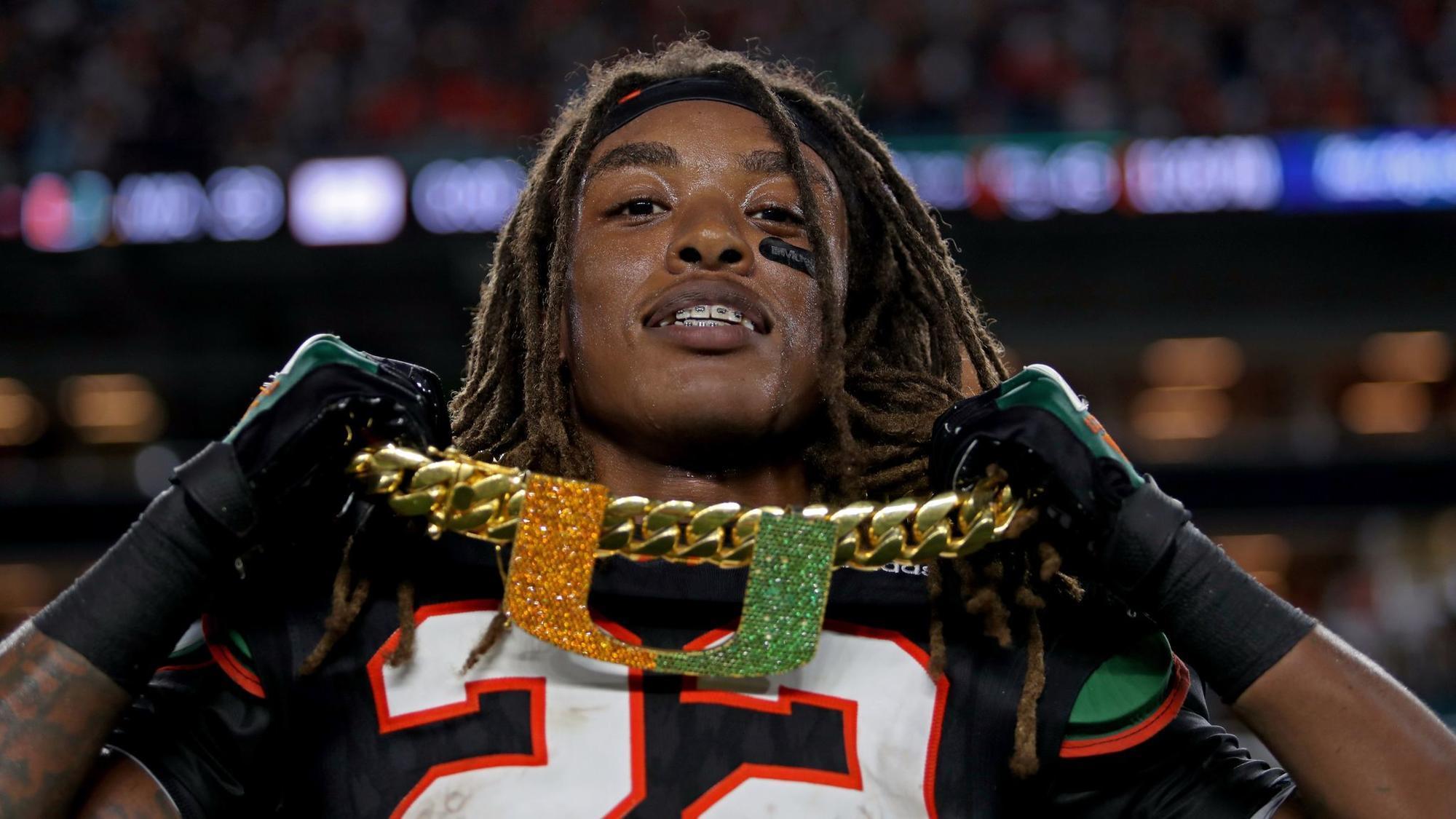 The Miami Hurricanes have a new turnover chain and, unsurprisingly, it’s a good one.

Miami was in serious danger early in the second quarter with the Florida Gators driving deep into Hurricanes territory when it finally caught a break. Feleipe Franks fumbled and Scott Patchan hopped on the loose ball. The defensive lineman sprinted to the sideline with the ball raised to his head and plopped down on the bench where his teammates swarmed him and placed a new chain around his next. The look this year: a gold chain with a giant “305” hanging down.

As the Hurricanes got ready to take over on offense, the Miami contingent at Camping World Stadium in Orlando chanted, “3-0-5!”

The Hurricanes are now in Year 3 of the turnover chain era and already the sideline celebration is regarded as one of the best traditions in the sport. They unveiled their first turnover chain in the first game of the 2017 season when former defensive back Malek Young intercepted a pass against the FCS Bethune-Cookman Wildcats and got to wear the gold chain with the gem-encrusted “U” logo hanging. In 2018, Miami waited until its second game to break out its updated turnover chain, now with a bedazzled Sebastian the Ibis hanging, after cornerback Trajan Bandy recovered a fumble in a win against the then-FCS Savannah State Tigers.

The touchdown chain wasn’t all. Not long after he took over as coach of the Hurricanes, Manny Diaz suggested his team needed some sort of turnover chain equivalent for the offense. He knew firsthand how well the turnover chain worked to energize Miami’s defense and he hopes to bring a little bit of its magic to the other side of the ball in his first season at the helm in Coral Gables.

Brevin Jordan scored the Hurricanes’ first touchdown of the season, catching a laser from quarterback Jarren Williams and busting a tackle to get into the end zone. When he got over the sideline, Miami had a new prize for its star tight end.

On his right hand, Jordan wore a four-finger ring reading “Hurri.” On his right, the receiver wore one reading “canes.”

The Hurricanes call them the “touchdown rings.”