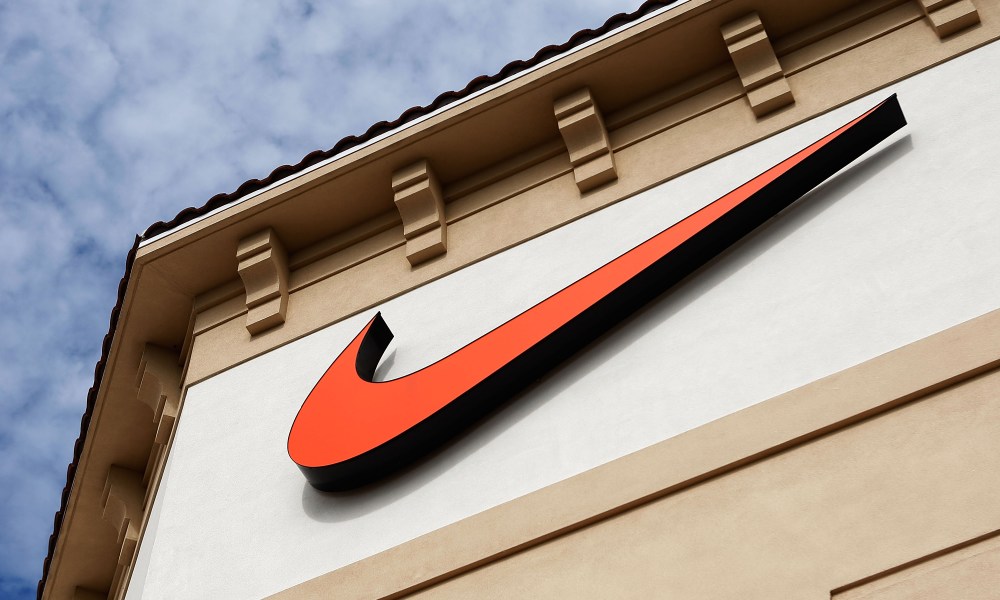 That’s quite a headline. It’s definitely one that I never thought I’d be writing. But here we are.

For everyone who hasn’t seen the news, Ann Hebert, now the former Vice President and General Manager for Nike North America, resigned on Tuesday after a groundswell of complaints from sneakerheads all over the internet.

Her son Joe Hebert — also known as “West Coast Joe” — was featured in a Bloomberg Magazine cover story last week. The story covered how much money Joe was making off of reselling sneakers on the secondary market — we’re talking hundreds of thousands of dollars here.

That wasn’t the catch, though. What made this story interesting was seeing that Ann may have had a lot to do with it.

Yes, seriously. It all started out as a side note in the Bloomberg story. Joe was calling Bloomberg’s Joshua Hunt from a phone number registered to an Ann Hebert.

Hunt looked Hebert up, and it turned out that she was the VP and GM at Nike North America.

“At one point in late June, after his trip, he’d phoned me, and the number was identified as belonging to Ann Hebert. I looked the name up and discovered there was an Ann Hebert who’d worked at Nike for 25 years and had recently been made its vice president and general manager for North America” 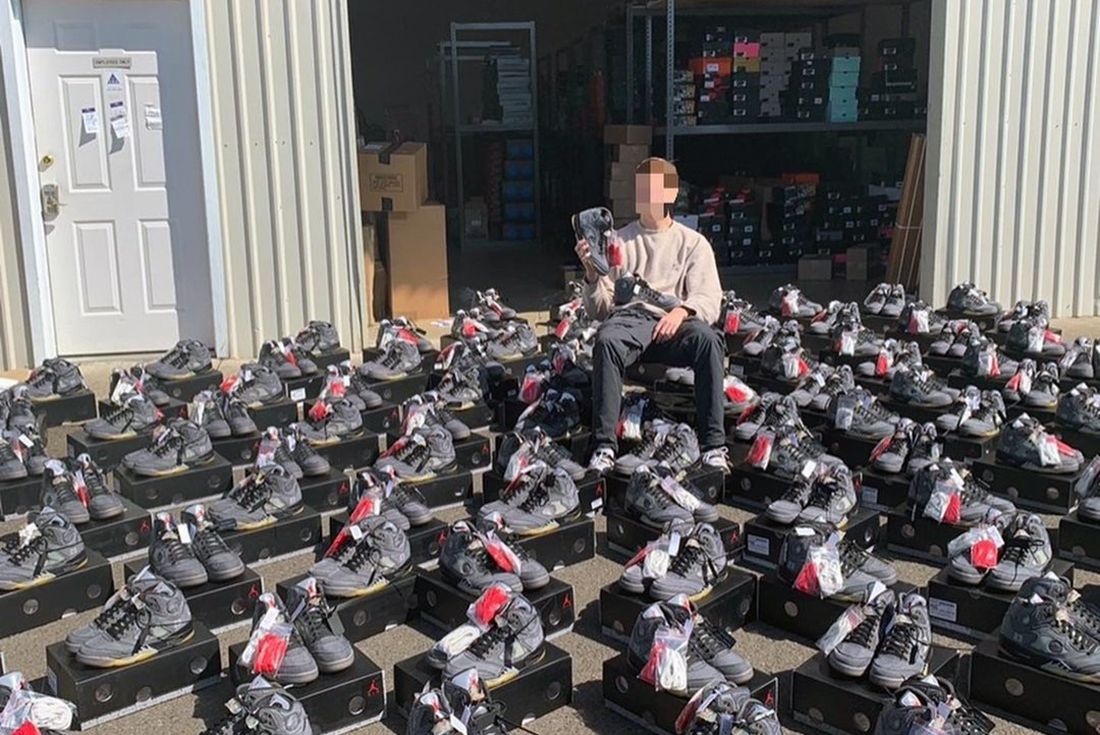 OK. He and his mom both work in sneakers. What's the big deal?

That wasn’t all, though. Joe also sent a bank statement from a credit card that he uses for his “West Coast Streetwear” company that he resells shoes from. He wanted to show how much money the company makes.

Turns out that the company card was in mom’s name. It was written on the statement.

“Hebert later sent me a statement for an American Express corporate card for WCS LLC, to demonstrate West Coast Streetwear’s revenue, and it was in Ann’s name.”

And that’s where this becomes a big deal. Alright, why is this such a big deal?

Because West Coast Joe seemed to be using his mom’s money to resell the very same rare shoes that his mom’s company produces and a marked-up rate.

The most popular sneakers that Nike releases are always the rarest ones. They limit the supply on them so they’re considered exclusive — they’re hard to find.

Resellers take advantage of that. They use programmed bots and monitors to catch all of the rare sneaker releases and buy out stock. We’re talking hundreds of pairs at a time when stock might be just 10,000 or 15,000.

And then they stick all of those pairs on a secondary market platform like eBay or StockX and sell them at three, four and five times their retail price to make a profit.

That’s how Joe and folks like him make hundreds of thousands of dollars off of reselling sneakers.

So that's why it's so hard to buy shoes?

Yes. Exactly. When you see all of the people taking their “L’s” on the SNKRS app, this is why. It’s Joe and his friends. 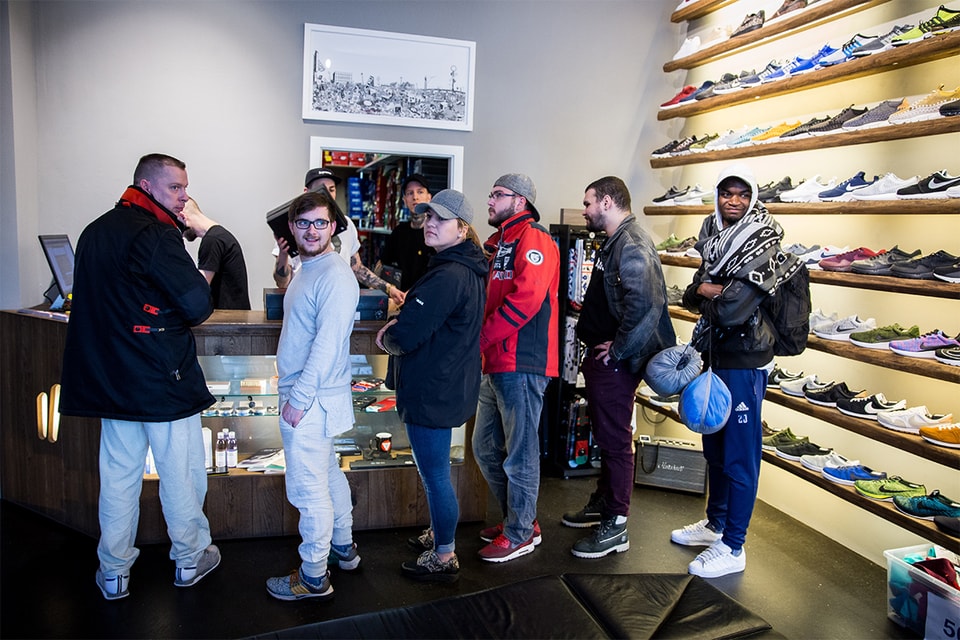 So then why not just make more shoes?

Because exclusivity is part of Nike’s strategy — the strategy that Ann Hebert herself worked to build out.

Nike has what they call a “Consumer Direct Offense” strategy, which basically means they’re limiting the work they do with brick and mortar retailers like, say, Finish Line or Foot Locker. Instead of working with them, they push products from their own app, website and stores.

It boosts digital sales and it’s worked for Nike, but it also makes it much easier for resellers like West Coast Joe and their bots to raid limited supply around the internet.

And we haven’t even begun to talk about the release information that he could’ve possibly gotten out of his mom.

See how there’s a conflict of interest here? 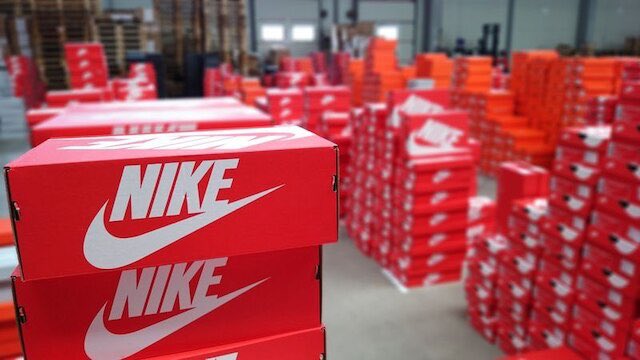 And the Nike VP was in on it?.

That’s the thing! She knew. And Nike knew, too. They reported Joe’s business and his operation back in 2018, per Bloomberg.

“[Sandra] Carreon-John, the Nike spokesperson, says Ann disclosed relevant information about WCS LLC to Nike in 2018. ‘There was no violation of company policy, privileged information or conflicts of interest, nor is there any commercial affiliation between WCS LLC and Nike, including the direct buying or selling of Nike products,’ she writes.”

Wild. Just wild. It’s always awful to see someone lose their job after working their way up for 25 years the way she did. But it’s extremely hard to feel bad at all when it seems as though she was complicit in all of this mess and didn’t do what she could to stop it when she first had the chance.

Why would Joe flaunt his business operation like this? What was the payoff from the piece?

In the great words of the Hip-Hop laureate Offset, “They do anything for clout.” That’s my best guess. But, really, who knows?