The Many Styles of Michelle Obama

When Michelle Obama walked onstage at the Barclays Center in Brooklyn in December 2018 wearing a pair of sparkly, thigh-high stiletto Balenciaga boots to promote her book “Becoming,” one thing became abundantly clear: her book tour style would prove as exciting ― and perhaps even more fun to watch ― as her style over four years in the White House.

Following that iconic moment, Obama has traveled to a slew of both American and European cities delivering powerful messaging and insight via the interviews and appearances she’s made to promote it.

And more often than not, she has done so wearing perfectly fitting power suits.

She paid homage to British designer Stella McCartney in an embellished black jumpsuit during a stop in London (which we’re counting as a power suit). In Copenhagen, she wore a show-stopping sparkly pink suit by Danish designer Stine Goya.

Whether two-piece, jumpsuit or coordinating set, Obama has once again used her clothing to send a message ― one that is fierce, fun and fashionable as ever. 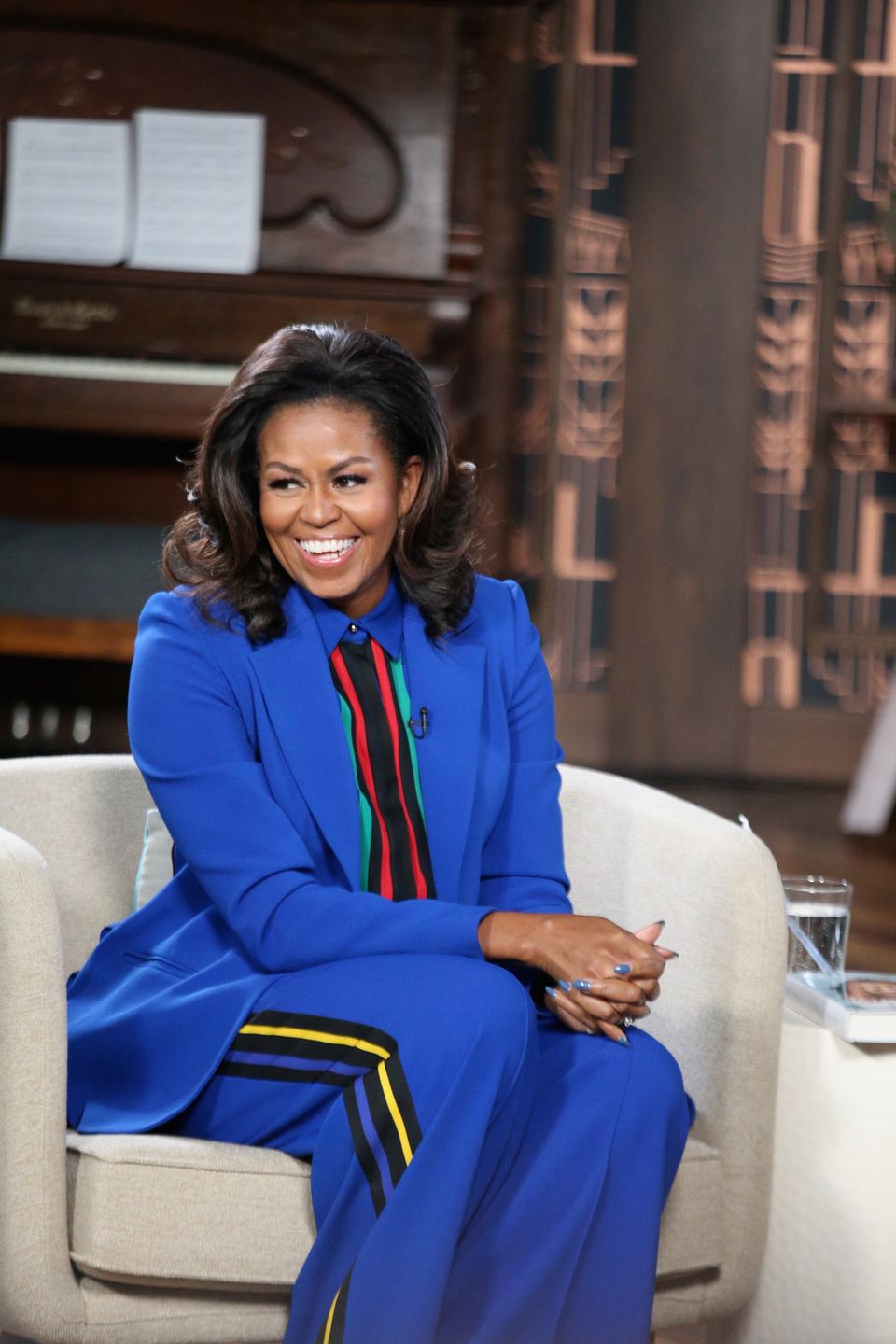 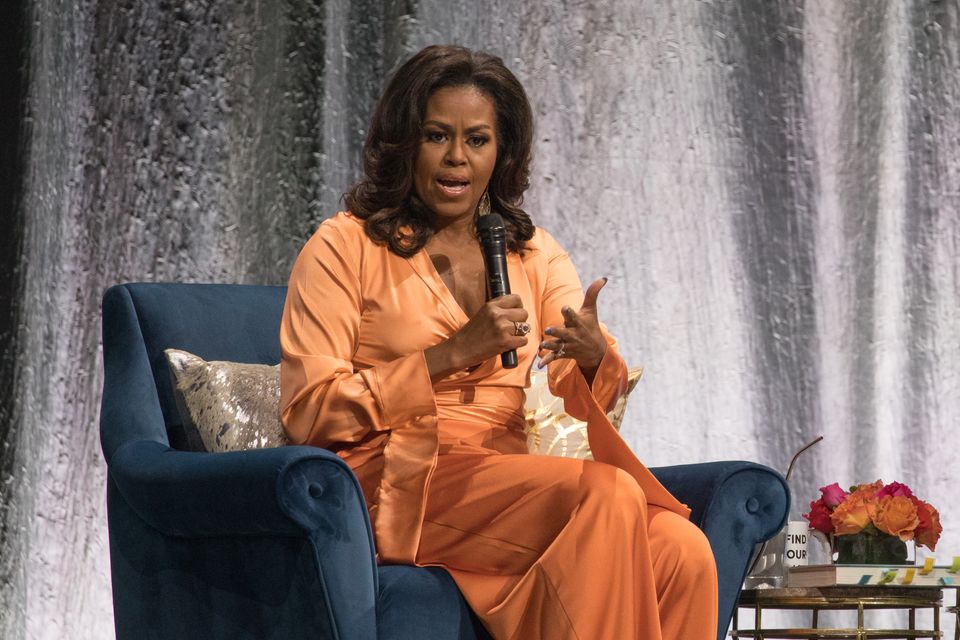 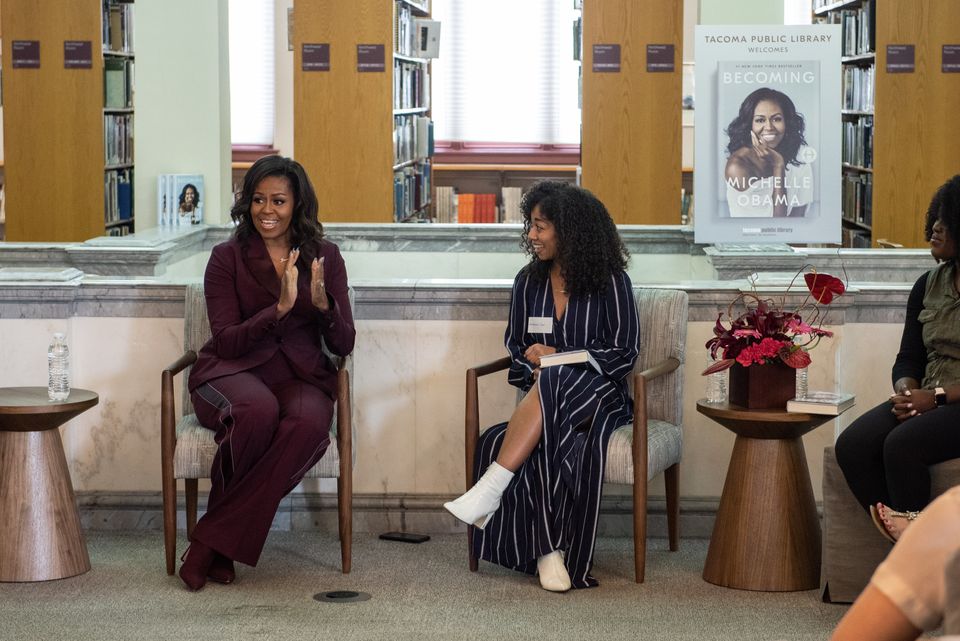 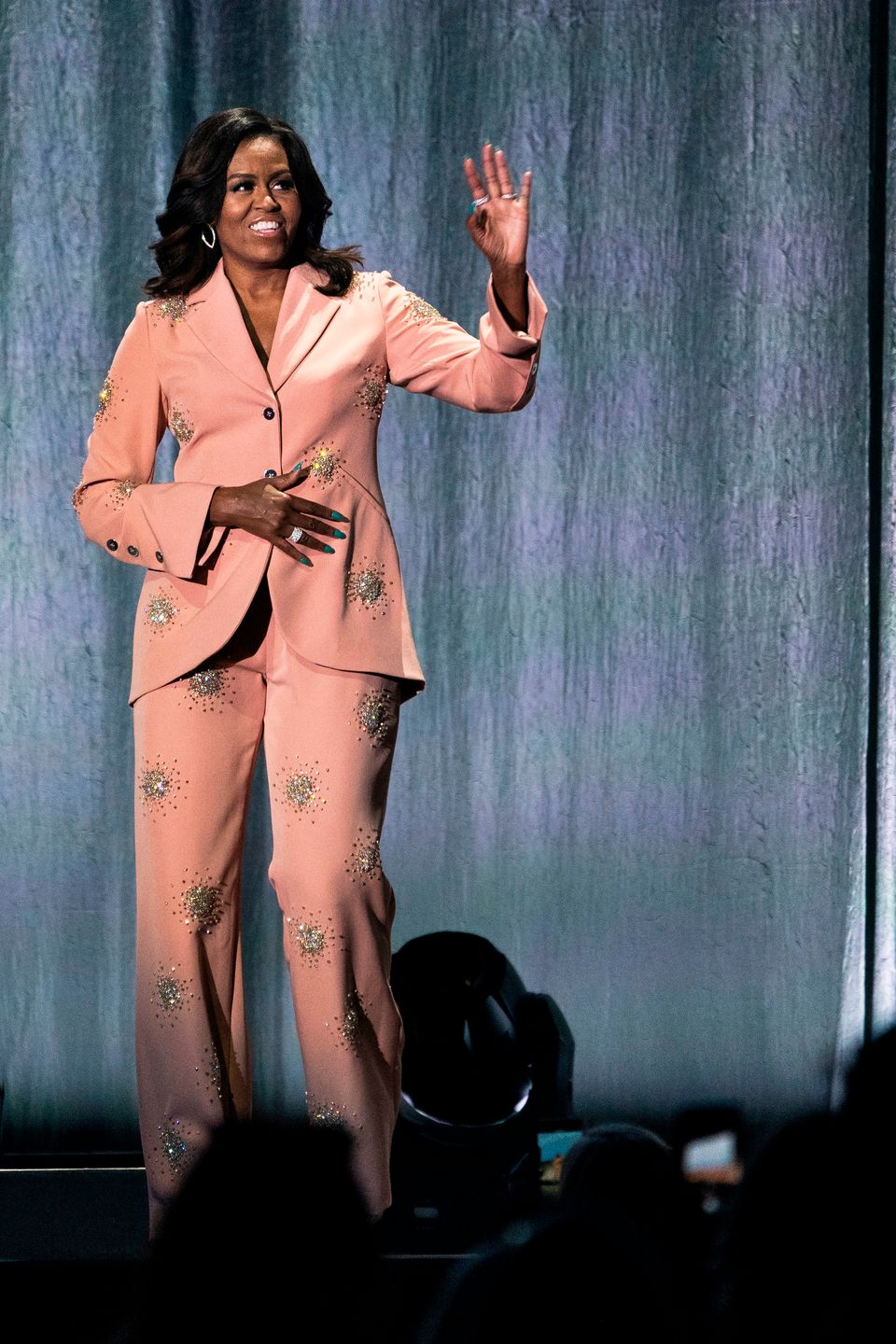 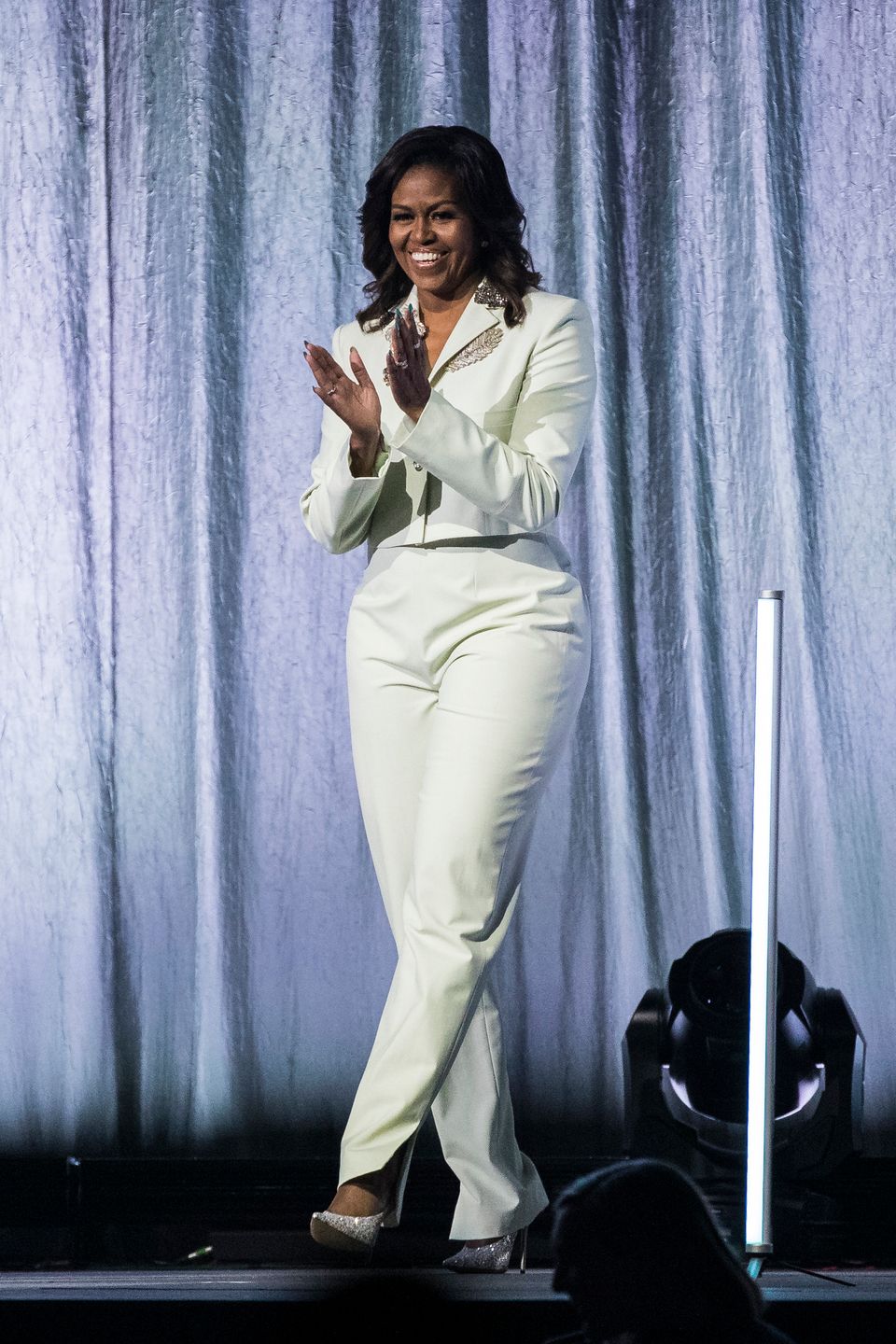 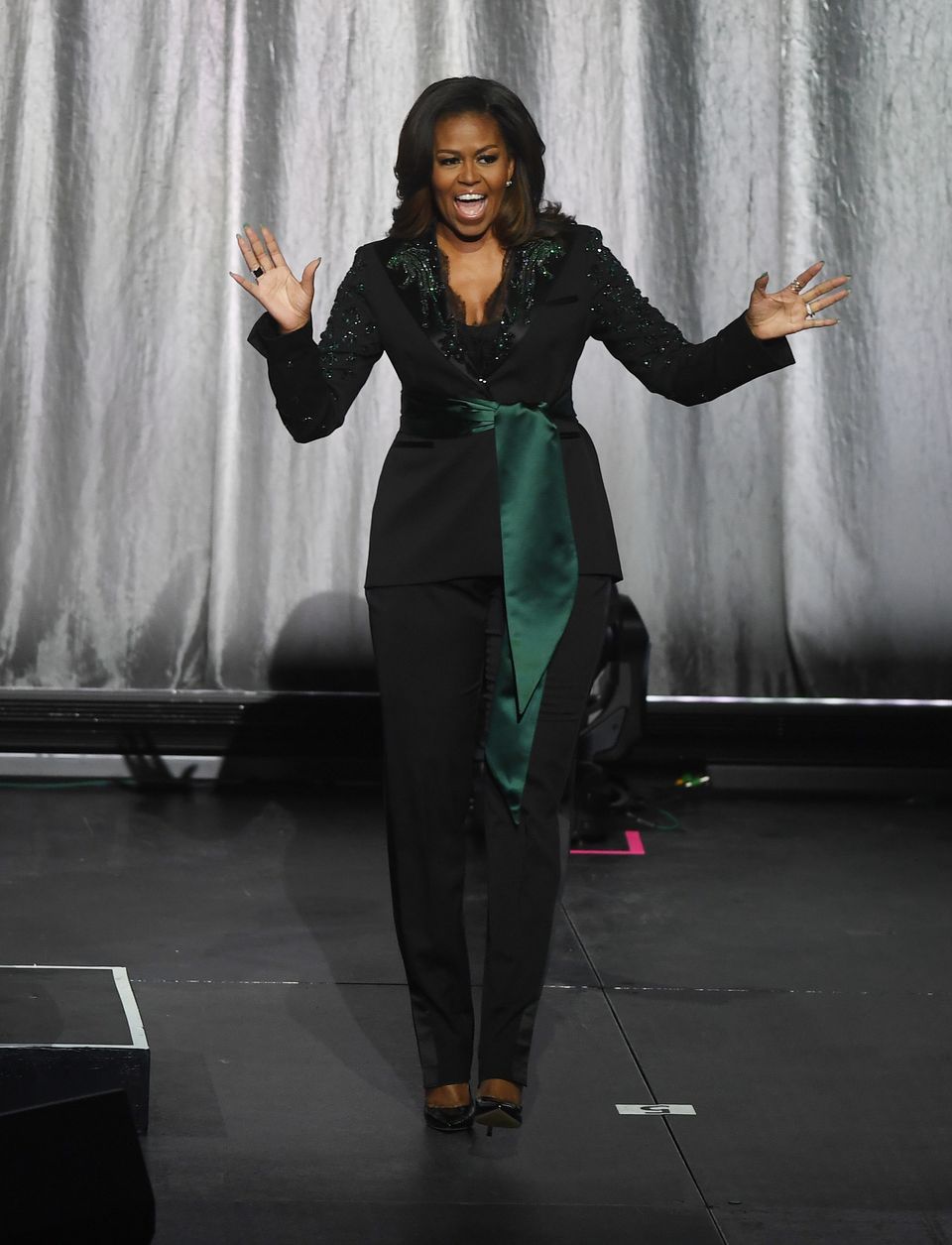 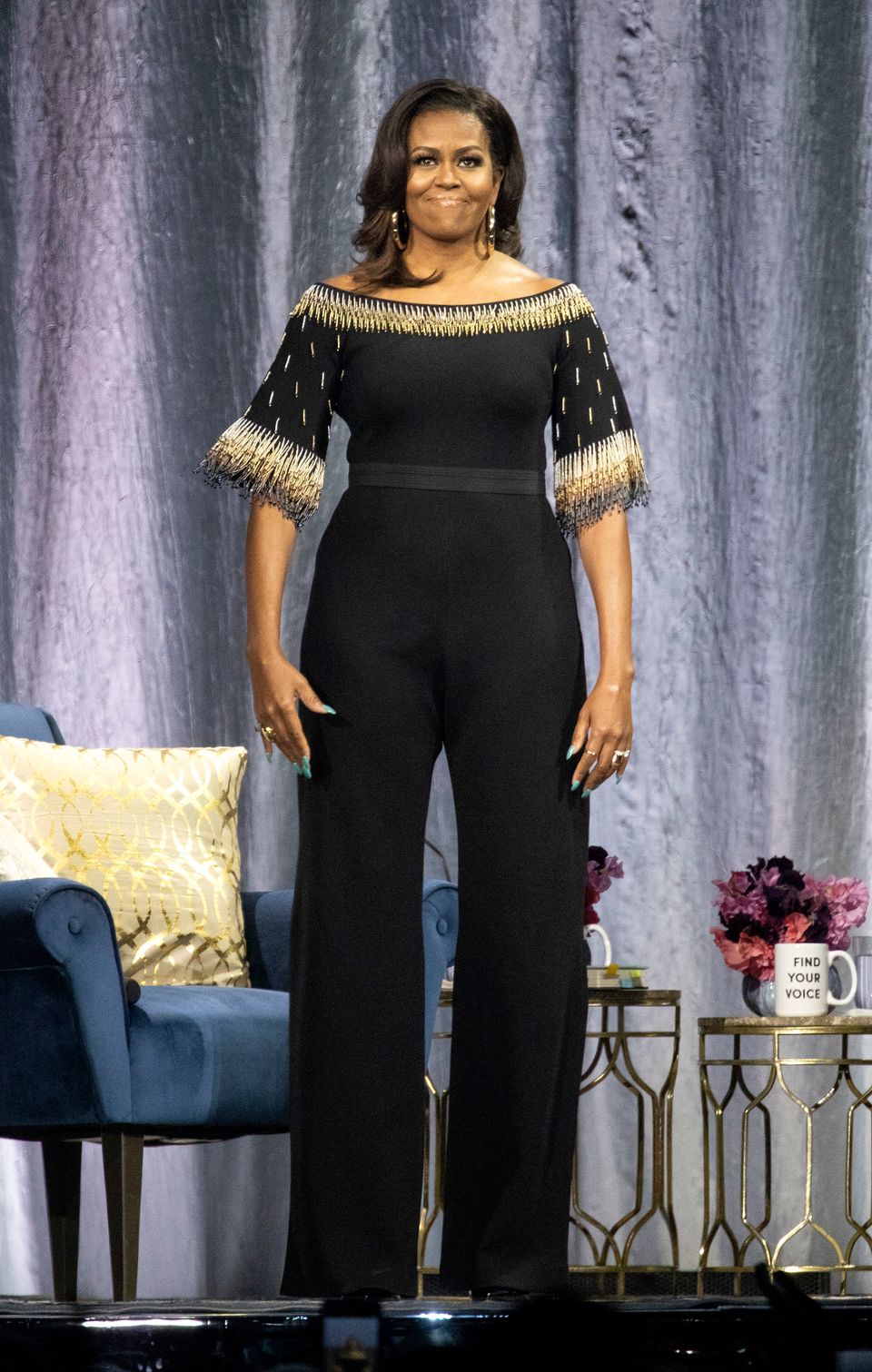 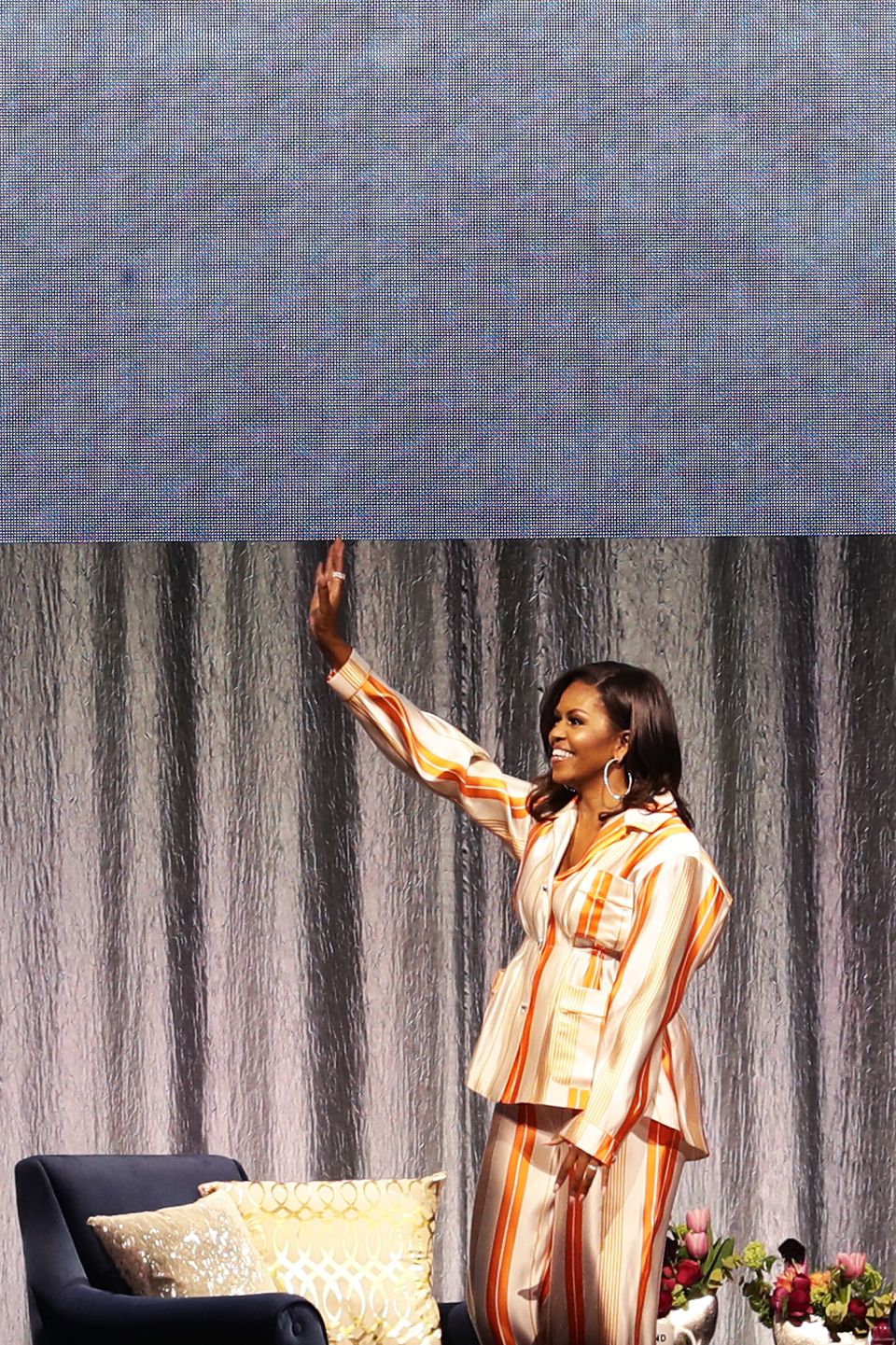