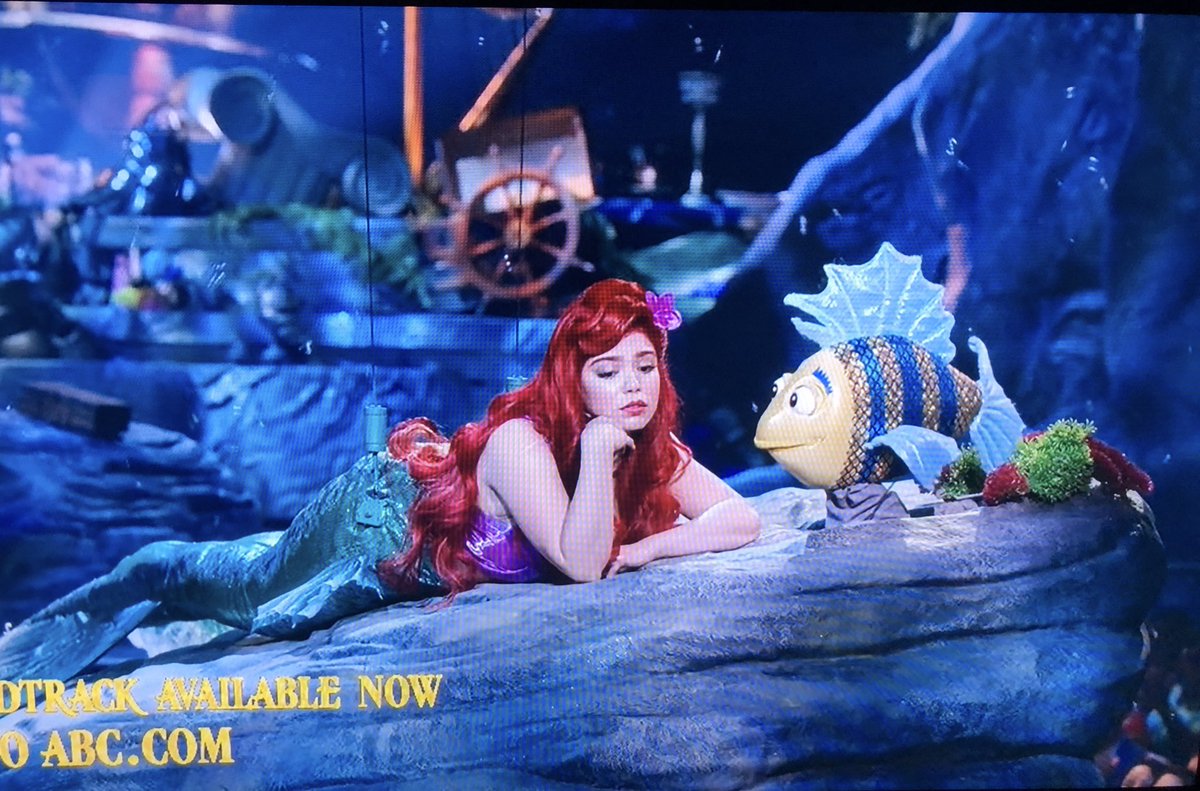 “The Little Mermaid Live” aired Tuesday night, blending the classic animated films with elaborately staged live musical performances, but one element of the show caught the attention of viewers in a negative way.

When “Moana” star Auli’i Cravalho made her debut as Ariel for her first performance of “Part of Your World,” she was joined on stage by a puppet version of her companion Flounder that the audience found less than convincing.

“What have they done to Flounder,” one user wrote, sharing side by side photos of the original cartoon and the puppet’s blank stare. 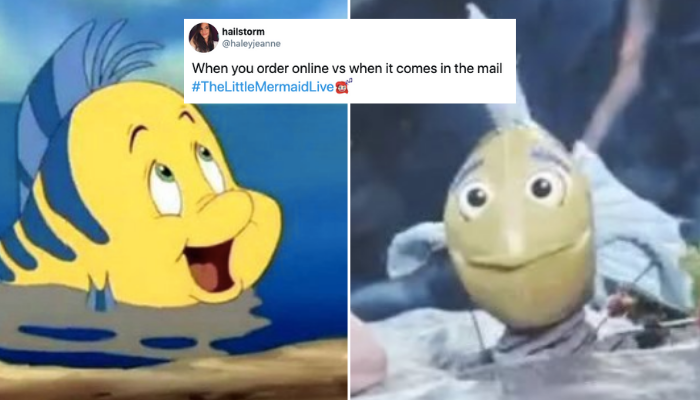 “Is Disney low key struggling, because I need an explanation for this,” wrote another Twitter user, who also noted that Shaggy’s Sebastian costume amounted to little more than a red leather jacket and pants.

The two-hour special, directed by Hamish Hamilton, intercut between the 1989 animated movie and live musical-style performances by a cast made up of Cravalho, “The Good Wife” alum Graham Phillips, “Glee’s” Amber Riley, John Stamos, Queen Latifah and Shaggy. The live musical elements featured music originally composed by Alan Menken for both the animated film and the Broadway stage adaptation accompanied by costumed dancers, puppetry and dramatic set design.

See some of the reaction to puppet Flounder below.

Flounder is my sleep paralysis demon... he be scaring me without me even being asleep!!! #TheLittleMermaidLive

Therapist: the Flounder puppet from #TheLittleMermaidLive isn’t real and can’t hurt you
The Flounder pupet from Little Mermaid Live: pic.twitter.com/vkhQxtwNHr

Flounder is now a poor unfortunate soul himself #TheLittleMermaidLive pic.twitter.com/g9CqaCQ7hI

I think Flounder is having an existential crisis. #TheLittleMermaidLive pic.twitter.com/OCSUHQWrNM

Me enjoying #TheLittleMermaidLive then the the live flounder appears... pic.twitter.com/DvpvHePrPq