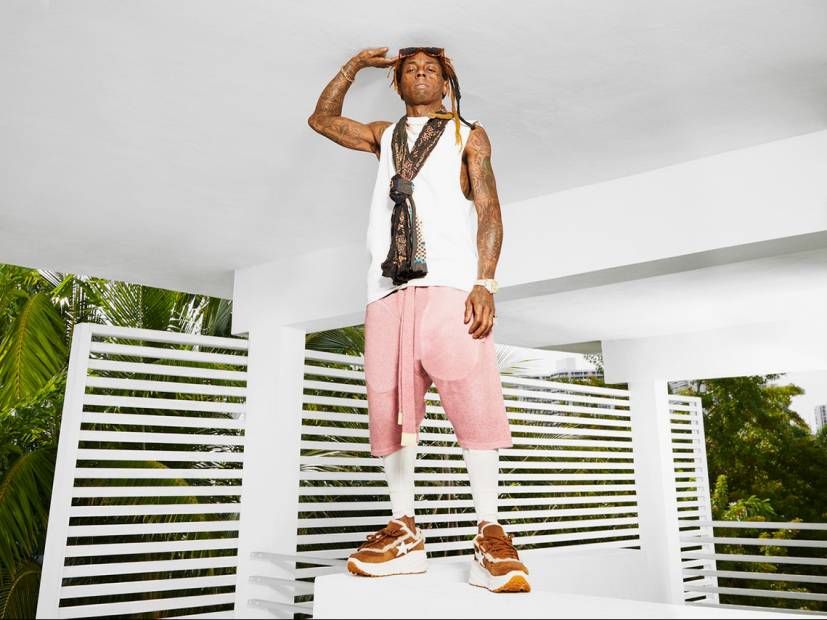 Lil Wayne and BAPE have gone hand in hand for many years now. The megastar rapper has been known to wear the brand's clothing on numerous occasions and BAPE has clearly taken notice. This weekend, BAPE will be releasing a brand new collaboration with comfy boot footwear brand UGG and the new promotional pictures for the collab show us that Wayne will actually be the face of it all. BAPE released the photos which show Wayne modeling a pair of shoes and a pair of slides.

The first pair looks like a mix between a pair of UGGs and a Chunky dad shoe. This pair has a brown suede upper that comes with UGG's signature fur throughout. The sides also have the star bolt logo on the side, making the shoe have a bit of a Bapesta aesthetic. As for the slides, those feature brown suede as well, while BAPE is written across both feet in white fur.

The BAPE x UGG Sneaker finally has a release date as part of the Japanese streetwear label’s 25th anniversary celebration that includes collaborations with G-SHOCK, Formula One, and Barbie to name a few. While the original unveil showcased several more footwear styles, the first drop comprises the Shooting Star logo-clad sneaker and sheepskin slides. The other styles are set to drop at some point in the fall.

Featuring none other than Lil Wayne in the campaign imagery, the collection draws inspiration from the hip-hop scene in the ’80s, which has been reimagined through the lens of UGG. The slides feature BAPE and UGG co-branding throughout, while the sneaker dons the Japanese brand’s world-famous Shooting Star logo.