The future of U.S. swimming is 6 feet 9, 17 years old and African-American 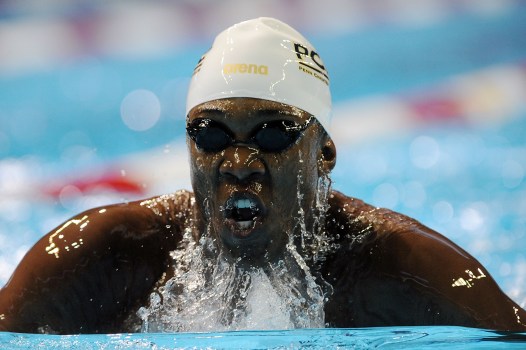 The question comes up whenever someone meets Reece Whitley for the first time. Whitley is too polite to respond with the classic teenage show of disdain: the eye roll. But inside? Inside, his eyeballs are on the other side of their sockets.

“How big are your shoes? I hear that all the time,” Whitley said with an exasperated chuckle. “I mean, I’m a swimmer. I don’t wear shoes. It’s not a relevant question.” What remains relevant, however, is Whitley’s skin color. He’d love for it to be otherwise, for the notion of an African American swimmer to be a norm instead of a novelty. The sport simply isn’t there yet. Elite-level swimming success for blacks in the United States essentially begins with Cullen Jones and ends with Simone Manuel, and that stretch started in 2008.

Certainly there has been progress. Jones, who became the first African-American to hold a world record, is no longer swimming solo upstream. Manuel’s history-making gold medal in the Rio de Janeiro Olympics came on the heels of she and Lia Neal (both swimming for Stanford) joining Florida’s Natalie Hinds in becoming the first African Americans to sweep an NCAA championship event.

Still, advances have been painstakingly slow, the sport inching along one athlete at a time.

Enter Whitley, who arrives at this week’s U.S. nationals seeded eighth in the 200 breaststroke, ninth in the 50 and 11th in the 100. Semi-famous since he began shattering age-group records at age 13, the 17-year-old is emerging from the kiddie pool just as Michael Phelps exits. Whitley, who two weeks ago committed to the University of California, has all the tools to fill the void: charisma, smarts and talent.

Now for the hard part: Realizing it. 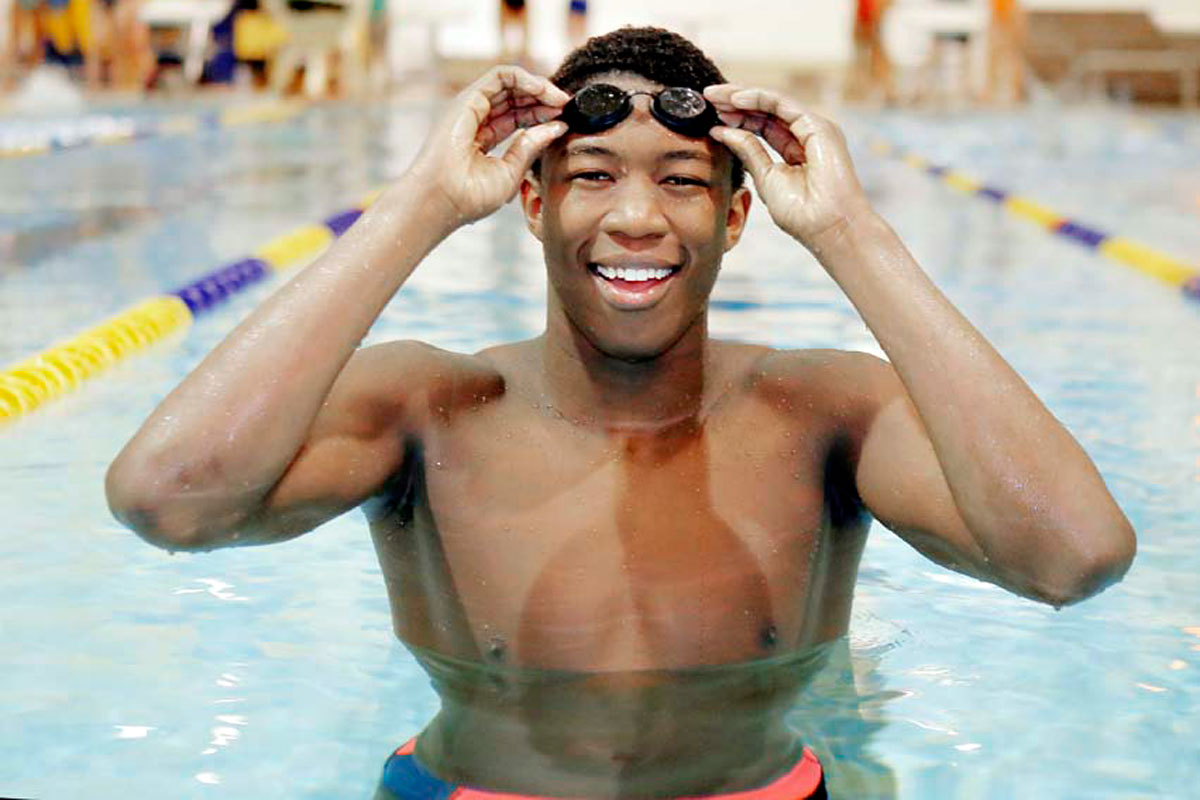 “If he was just another white, 6-7 breaststroker we wouldn’t be having this conversation,” swimming analyst Rowdy Gaines said. “That’s why Reece is so important: What he can do for this sport, how he can promote it in a way no one has. The only stumbling block? He has to win. I know that’s obvious, but it’s the most important step, the biggest next step he has to take. He has to win.”

The combination of his competitive potential and his skin color makes Whitley perhaps the most important male swimmer to come along since Phelps, Gaines argues. Whitley has spent his entire high school career at Penn Charter, a prestigious Quaker school in Philadelphia known far more for its academic rigor than its swimming success. Crystal Keelan, Whitley’s longtime coach, has built a more than respectable program at the school but Whitley remains the only swimmer competing at a national — let alone international — level.

Even without elite training partners, Whitley reigns as the national age group record holder for 15- and 16-year-olds in the 200-meter breaststroke by nearly a full second, and he owns the short-course record in the same event by an astounding 2.5 seconds. In 2015, Sports Illustrated tapped him as its “Sports Kid of the Year.”

This week he will have a good shot at making the A final in both the 100 and 200 breast, and though he’s more likely headed for a spot at the World Junior Nationals, it’s not out of the question that he could break through to a spot in the top-level meet. 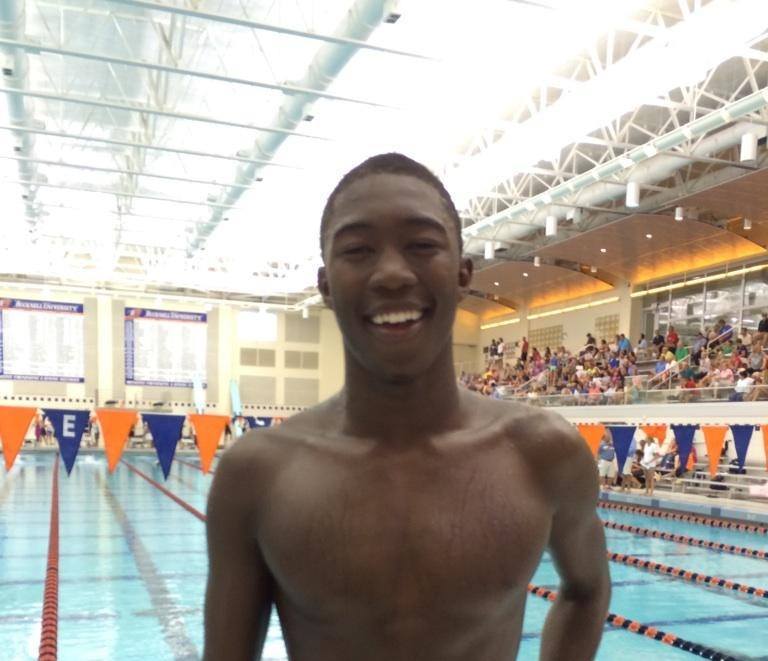 At Cal, Whitley will find out just how far he can go. The Cal Bears have won three national titles since 2011, and in Rio, current or previous Cal swimmers accounted for 11 medals, including eight gold. Unlike basketball, collegiate swimming isn’t a drive-through relationship. Graduates often stay in the program and train long after their eligibility expires. That means Whitley will go from training essentially against himself to competing with some of the best swimmers in the world.

The challenge is in the balancing act. Whitley already has experienced the burden of living up to outside expectations.

In a handful of meets last summer Whitley didn’t meet his own standards and saw the cause wasn’t lack of effort but attempting to clear an impossibly high bar.

“I was driven to prove to myself and to others that I was good — really, really good — and it took me away from what I’d already accomplished,” he said. “I had to remind myself that just because you’re labeled a certain way — I’m supposedly the number one recruit for 2018 — it doesn’t mean I have to swim that way every single day. That’s not really human. That’s not possible. This week I want to swim as fast as I can but if I walk away and I’m not on a team this summer but I swam my best times, yeah I’ll be disappointed I won’t be able to wear the American flag on my cap, but I want best times. That’s what matters.”

Whitley long has been accustomed to being what he calls “the only one.” Up until the fourth grade, Whitley could name the black students in his grade — Reece Whitley and Nigel George — and his parents had long talks with him from an early age, making sure their son was comfortable in his own skin.

He separated himself even further when he opted to swim, those flipper feet (for the record, he’s a size 15) and a frame that currently stands at 6 feet 9 leading to presumptions that he was yet another Philly hoops prodigy in the making.

Whitley instead jumped in the pool and let the water — and the outside comments — roll off his back.

It is a different thing altogether to go from being “the only one” to “the one.” The burden here is even more than merely diversifying a sport. The comparisons likening Whitley, Manuel, Neal and Jones to Tiger Woods in golf or the Williams sisters in tennis address only a fraction of the significance.

According to a recent study spearheaded by the USA Swimming Foundation, 64 percent of African American children have low to no swimming ability. That’s a 5 percent improvement since 2010 but still a dangerously high number.

Whitley has yet to experience an a-ha moment — no child has stopped him to say he or she is swimming because of him — but he knows every time he steps on the blocks he could be opening a kid’s eyes to a whole new world, not to mention a safer one.

Whitley also knows, though, that to change a sport he has to step higher than the blocks. He has to stand atop the podium. 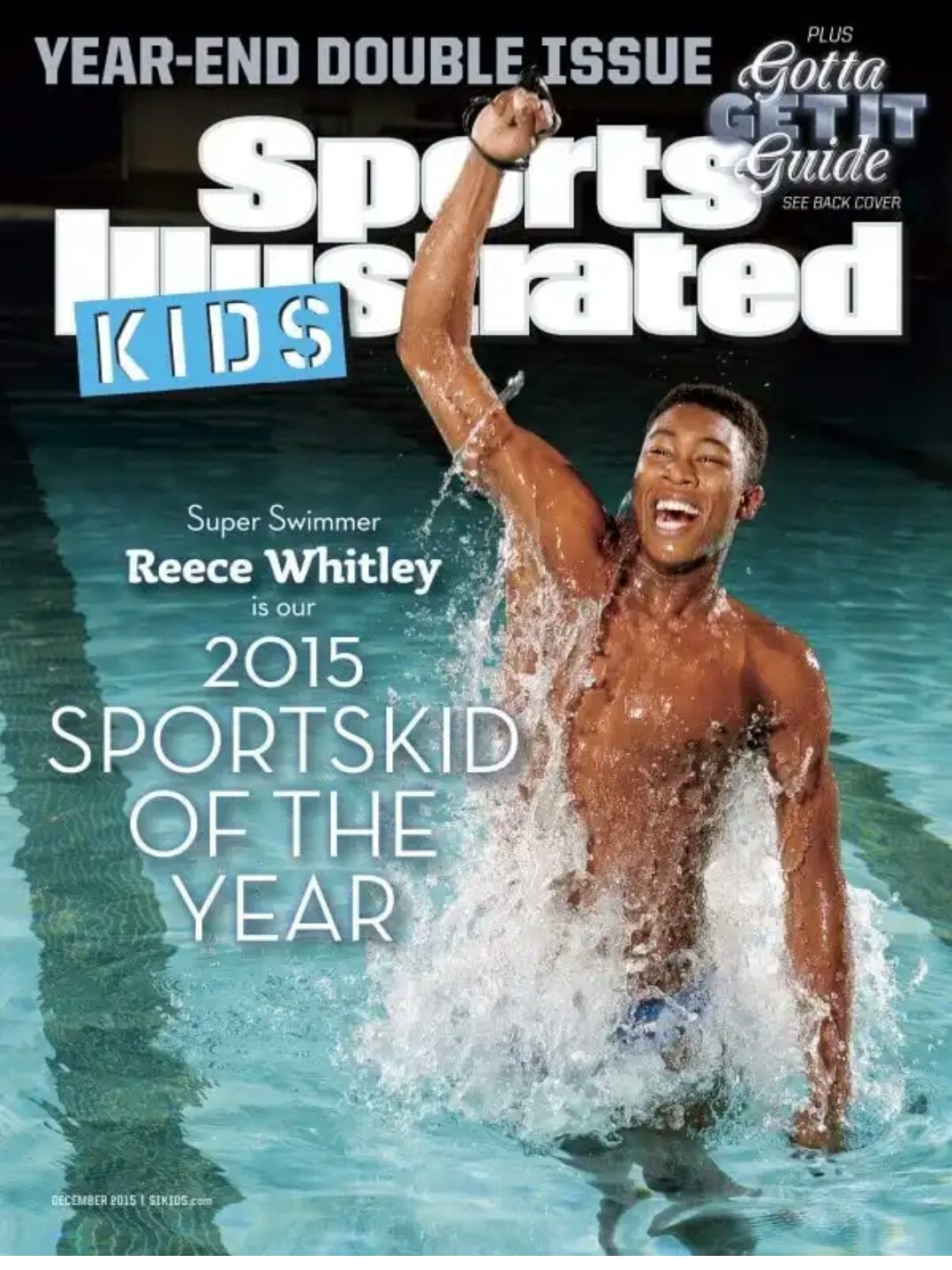 That’s why, when Whitley is invariably asked about his potential impact on swimming because of his skin color, he has a lot more patience than when peppered with questions about his shoe size.

“Right now it’s a relevant question, so I don’t take any shame in answering it,” he said. “At the end of my career, if I look back on it and that question is irrelevant, then that means I would have fulfilled my goals.”