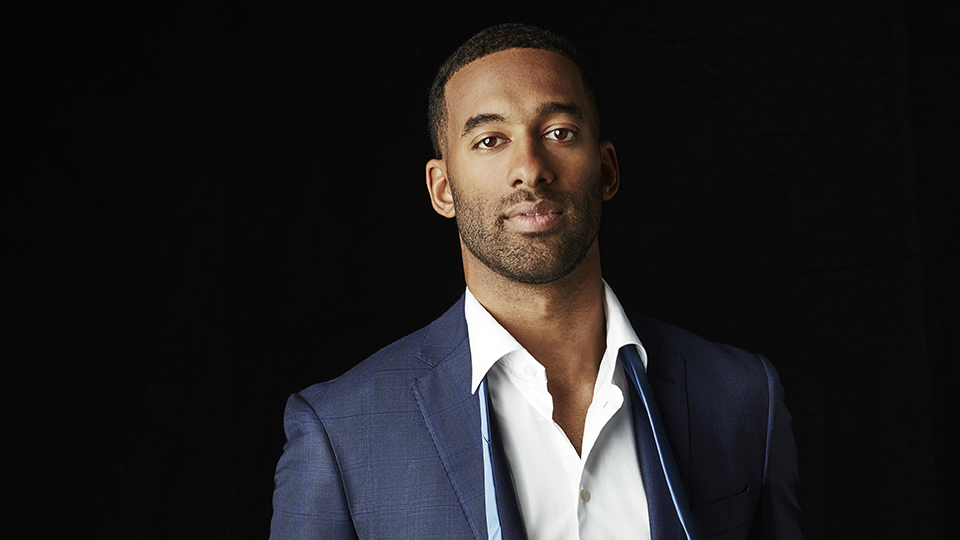 It’s impossible to watch the latest episode of "The Bachelor" without thinking about the explosion inside the franchise this past week.

Chris Harrison, the host of the franchise since its 2002 debut, announced Saturday he would be "stepping aside" from the show "for a period of time" and won't appear in Matt James' "After the Final Rose" special in March, following backlash for defending current front-runner Rachael Kirkconnell, who apologized last week for "offensive and racist" actions.

A deluge of prominent former franchise stars and contestants have since spoken out, pushing for Harrison's resignation, applauding Rachel Lindsay –  the franchise's first Black star, who was interviewing Harrison when he made the comments – and calling for those who work on and watch the show to take greater action to fight racism.

All this offscreen controversy makes for a strange viewing experience, particularly in a later scene in which singer Aloe Blacc, an outspoken social justice activist, performs a private show for Kirkconnell and James.

But first: Heather Martin, the former contestant from Colton Underwood's season who crashed the pre-rose ceremony cocktail party last week in an attempt to get to know Matt, doesn't get the chance to join the cast. Matt says he already sees his wife in the remaining contestants and doesn't think it would be fair to any of them to add another woman to the mix.

At the rose ceremony, Matt says goodbye to Serena C. and Chelsea, which means we're actually down to the final 10 now (Matt promises no more last-minute additions).

Serena P. gets the first one-on-one date, an awkward tantric yoga session that she hates. He feels horrible that she was uncomfortable but loves that she was honest with him, and that's enough to give her the rose that ensures she'll make it to "hometown" week, which this season takes place on location at the Nemacolin Resort for COVID-19 safety purposes.

Pieper, Michelle, Rachael, Bri, Kit and Abigail join Matt for a cocktail party group date. Abigail worries they still haven't had a one-on-one date. Although she received Matt's first-impression rose, he now feels his other relationships are stronger and decides to send her home.

Rachael nabs the group rose, which means she gets a bit of solo time with Matt, and they head off to that private Aloe Blacc concert. What's meant to be a romantic moment is marred now by controversy outside the show, after news surfaced that Rachael "liked" Confederate flag-themed TikToks and a photo resurfaced that appears to show her attending a plantation-themed fraternity formal in 2018.

“I’m head over heels in love. Get on one knee right now, it’s a done deal,” Rachael says in a confessional interview.

More unexpected eliminations are to come: Kit shows up at Matt's door and says she doesn't have the clarity she needs to head to hometown dates before deciding to send herself home. And after a one-on-one date with Jessenia, Matt reveals he can't give her the rose because he's missing that compatibility.

The end of the episode brings us a second rose ceremony – finally, off this upside-down schedule of beginning each episode with the last week's eliminations! – in which Matt says goodbye to Pieper, which means Bri, Michelle, Rachael and Serena P. (the last standing Serena) become his Final Four and will head to their "hometowns" in next week's episode.

One highlight we didn't see coming: Michelle's post-rose ceremony push-ups. She jokes, right before the Final Four give a toast, that she needs to look good for the camera, and drops for a few push-ups – in excellent form and a ballgown, we might add – as the rest of the women and Matt laugh.