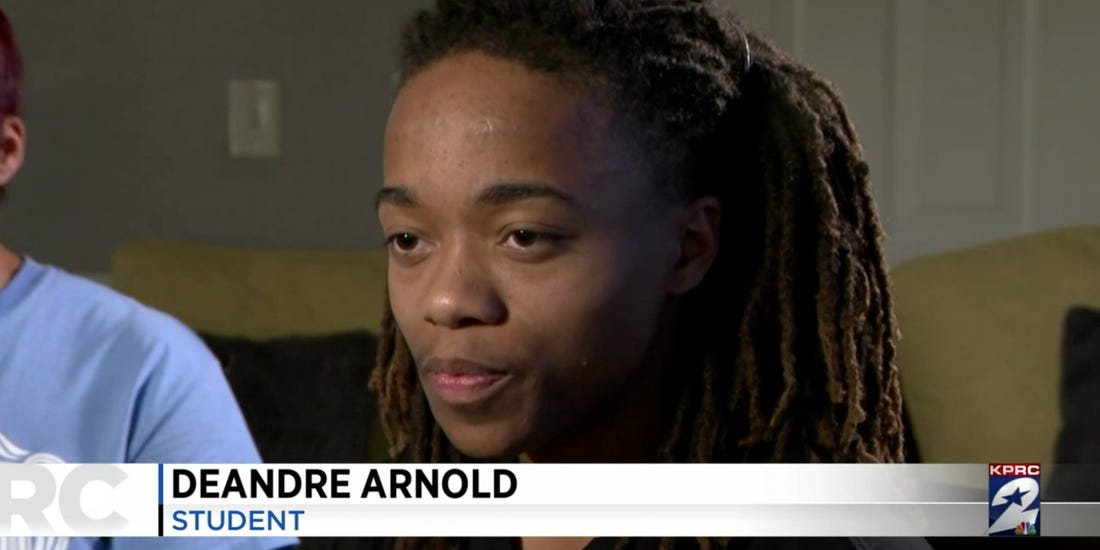 A Texas high school is being accused of racism after it suspended a Black student and told him he must cut his dreadlocks before he can walk for his graduation in the spring.

The case has sparked intense anger in the community of Mont Belvieu, Texas, where dozens of people showed up at a school board meeting to denounce the decision on Martin Luther King Day. The school board refused to put the topic on its agenda, local station KPRC reports.

The controversy stems from the dress code policy at Barbers Hill High School. The current student handbook says that male students’ hair “will not extend, at any time, below the eyebrows, or below the ear lobes.” It also prohibits any unnatural hair colour.

DeAndre Arnold, who is of Trinidadian descent, was told that he must cut his hair under the rules of the dress code, though he says the dreadlocks are part of his culture.

Arnold was given an in-school suspension after the Christmas break, and was told told he couldn’t walk in his graduation unless he cut the dreadlocks to meet the school policy, local station KHOU reports.

DeAndre Arnold’s parents, Sandy and David, denounced the dress code at the school board meeting on Monday.

“We’re here for DeAndre, but it’s about more than that,” Sandy Arnold said.

“This is about all the other DeAndres that come through Barbers Hill.”

Sandy added that her boy is a good student, and that he always keeps his hair tied up so that it’s not touching his collar, ears or eyes.

David called the situation a case of bullying.

“I won’t stand for anybody bullying my child,” he said. “He has rights. All he wants to do is graduate.”

“There is no dress code policy that prohibits any cornrow or any other method of wearing of the hair,” Superintendent Greg Poole told the station.

“Our policy limits the length. It’s been that way for 30 years.”

Poole also defended the decision not to put Arnold’s case on the school board’s agenda in the future.

“This is a public participation, not an action item dialogue,” he said. 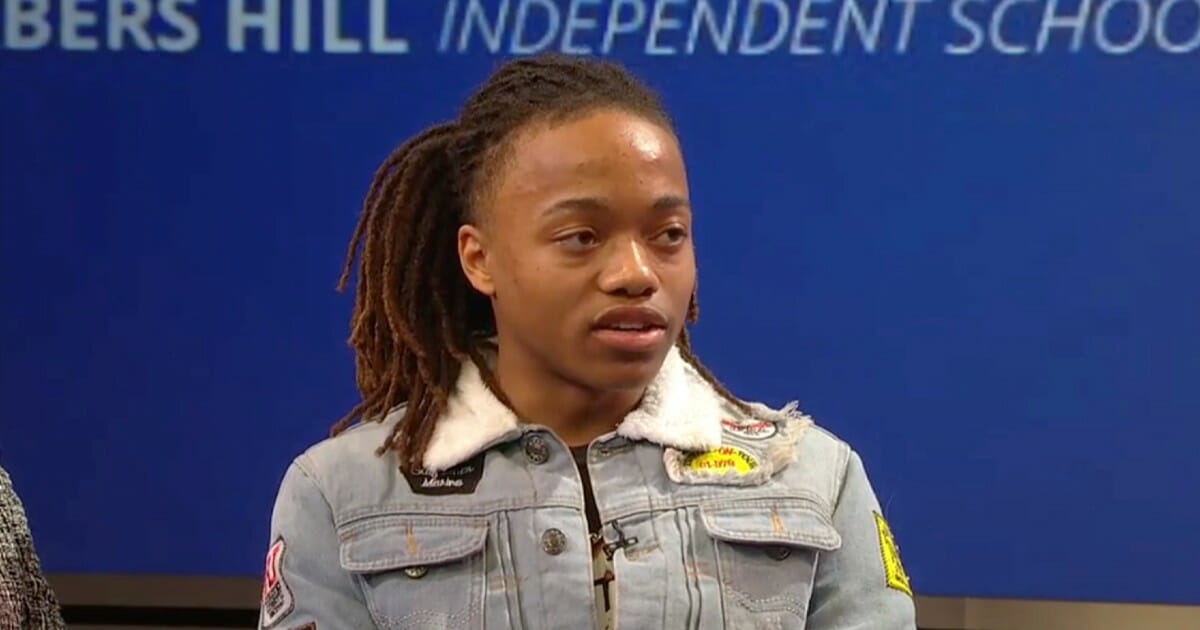 “This is a black and white issue,” Monroe said at the meeting. “DeAndre [and] his family should not have to go through this.”

Monroe faced some pushback from attendees who insisted on sticking to the rules. However, others joined in to defend Arnold.

Monroe has threatened to take the situation to court.