A teacher allegedly tackled an 11-year-old girl, ripping three braids from her head during a disciplinary procedure caught on school cameras. He is on leave during police and district investigations. 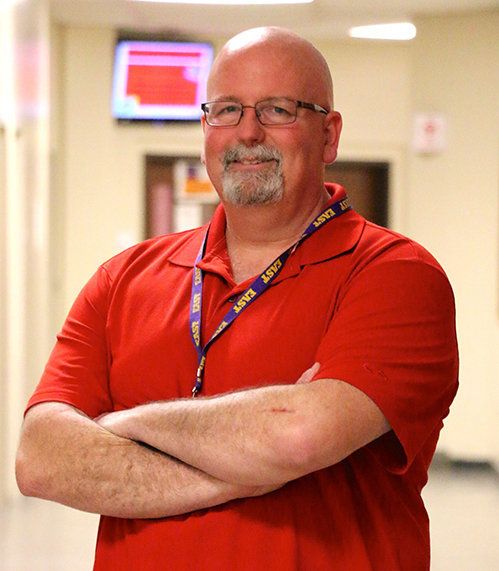 Rob Mueller-Owens, a teacher in Madison, Wisconsin, is accused of tackling an 11-year-old girl, and ripping three braids from her head.

Mikiea Price filed a police report with the Madison Police Department in Wisconsin after hearing from her daughter, a student at Whitehorse Middle School, about the incident that transpired on February 13, according to WISC-TV. She was “crying and her lip was cracked, bleeding and she handed me three of her braids that were pulled out from her scalp,” Price told Madison 365.

Pastor Marcus Allen, who is acting as a spokesperson on behalf of Price and her family, told Yahoo Lifestyle that acting principal Rob Mueller-Owens — a “positive behavior support coach” and reportedly a 2016 guest of the White House for his work with restorative justice — had fallen on top of the girl, according to the family’s account.

“I am told that the girl and her friend had sprayed perfume on themselves in the bathroom and the scent was bothering the teacher’s allergies,” Allen told Yahoo Lifestyle. “The teacher asked who sprayed it and the class didn’t answer, so she asked [Mueller-Owens] to come in, and he targeted this one girl.”

Allen said the student admitted she used the spray and was asked to come into the hallway.

Allen personally viewed the school video and told Yahoo Lifestyle that the administrator forcefully pushed the girl out of the classroom and into a row of lockers, then lost his balance and fell on top of her.

“He stayed on top of her for 10 or 15 seconds,” Allen tells Yahoo Lifestyle.

“I don’t know how the girl’s braids were pulled out but she has two bald spots on her head,” he told Yahoo Lifestyle.

Price, who has worked as a substitute teacher at Whitehorse Middle School, said administrators didn’t call her or provide medical attention to her daughter.

The mom is not commenting, said Allen, and she’s hiring an attorney. Her daughter is too frightened to come to school.

Price told WISC-TV,  “Just the whole experience is just traumatic and devastating and just confusing. I’m just disgusted at this whole incident. You know I send my kid to school to learn, and that’s a place where mothers send their kids to be comfortable in. I just feel violated in so many ways that … this even happened to her.”

The  Madison Metropolitan School District released a statement to Yahoo Lifestyle, saying “As a District, we take any situation of this nature very seriously. All of our students need to be safe and supported in school, and we have a thorough investigation process and protocol that we follow. While we cannot talk about the details of a specific student or personnel situation, it is our responsibility to consider all of the facts of the situation and determine the right next steps. The staff person was put on leave while the situation was investigated. Based on that investigation, the staff person will not return to Whitehorse Middle School, and we are determining next steps. In addition, our team is coming together to create a full support plan to ensure that students is safe and fully supported at school.”

Joel DeSpain of the Madison Police Department, told The Capital Times, “It’s still being investigated and we are trying to sort out what happened. We know there is a parent involved who is making a lot of claims as to what transpired, and we, of course, are checking out those claims and any other facts that we can glean so we can come to a conclusion.”