New installments of Lifetime’s searing documentary series “Surviving R. Kelly” led to a 40% increase in calls Friday and Saturday to the National Sexual Assault Hotline, according to the Rape, Abuse & Incest National Network, which administers the counseling resource.

Lifetime partnered with RAINN for the follow-up series, “Surviving R. Kelly Part II: The Reckoning,” which aired Thursday through Saturday, featuring the phone number on-screen to encourage sexual assault survivors and their loved ones to seek help.

“It’s amazing to know the documentary has encouraged important and necessary conversations to happen and we are extremely proud of our survivors for their courage, who by standing up for themselves, stand for so much more,” Brie Miranda Bryant, Lifetime’s senior vice president for unscripted programing, said in a statement Tuesday. 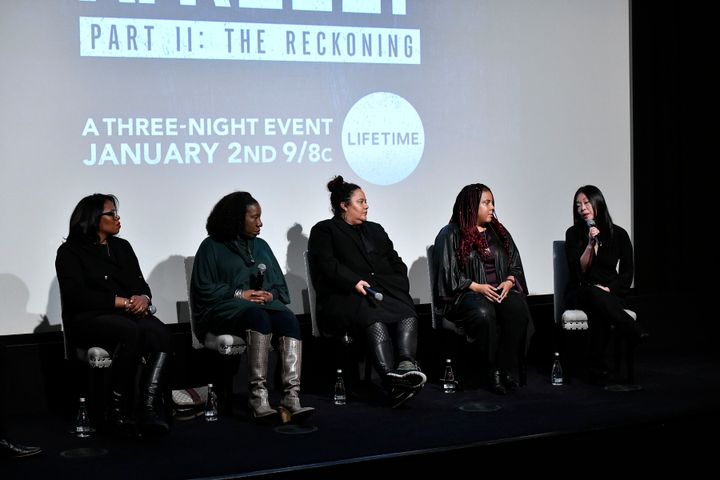 The three-part series was a follow-up to Lifetime’s acclaimed January 2019 series that detailed the years of sexual assault allegations against R&B singer R. Kelly, featuring the stories of more than a dozen women. The serial allegations, which Kelly has denied, included child sexual abuse and holding women and girls against their will in a sex “cult.”

Last week’s follow-up series explored the impact of the initial series, and told the stories of women who have come forward in the last year.

Despite decades of allegations, Kelly continued to produce music and perform concerts until Lifetime’s 2019 series, which brought renewed attention from the public and from law enforcers. Kelly is now in a Chicago jail awaiting multiple trials on federal and state sex crimes charges.

Lifetime’s initial series last year sparked a 20% increase in calls to the hotline.

“We often see the types of callers we get will follow the news cycle,” RAINN president Scott Berkowitz said at the time. “With the R. Kelly show, we were seeing more folks who are talking about childhood abuse.”

In 2018, RAINN also reported a sharp increase in calls during and after the Senate testimony of California professor Christine Blasey Ford, who alleged that now-Supreme Court Justice Brett Kavanaugh sexually assaulted her when they were in high school.