A school administrator who told a junior high student to fill in his shaved hairstyle — which violated the school district’s dress code — with a black marker has been placed on leave and could face further repercussions, the Houston Chronicle reports.

The student, identified as “Juelz” in a social media post expressing outrage over the April 17 incident, had an “M” shaved into his hair the day before. When he arrived for class at Berry Miller Junior High in Pearland, Texas, an assistant principal called him out for violating the dress code, which bans “extreme hairstyles” and “carvings.” The administrator reportedly told the boy he could call his mom, or get in-school suspension (ISS) for the infraction. There was also a third option: Use a black marker to fill in the offending “M.” 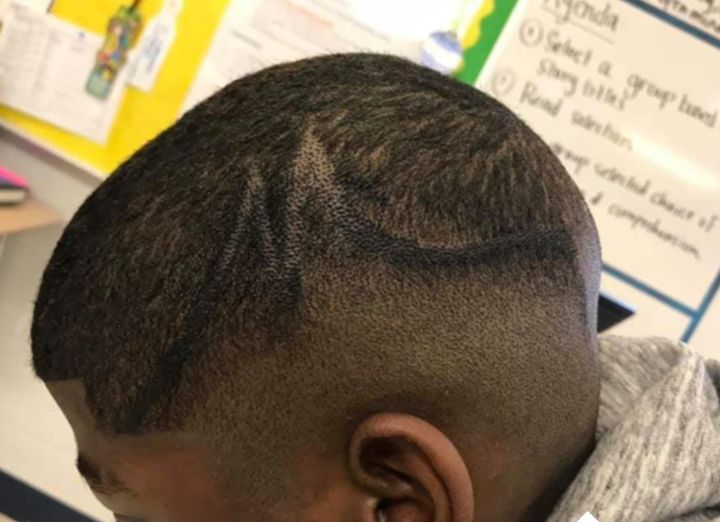 As a photo shared online shows, “Juelz” chose the marker option. Traces of the ink could still be seen the next day.

The incident prompted outcry from Angela Washington, who appears to be the boy’s mother.

“Sue the lunch off that school AND the district,” one Facebook commenter wrote.

“This is awful,” agreed another commenter. “Lawyer up.”

“I would’ve put my hands on that principal if that was my kid,” read another response.

The uproar has caused Pearland ISD to issue an apology acknowledging that the administrator “mishandled” the situation.

“District administration has contacted the student’s family to express our extreme disappointment in this situation, which does not fall in line with the values of Pearland ISD,” a statement reads.

Pearland ISD trustee Mike Floyd shared Washington’s post and called for the school official to be “fired” over the “unbelievably unacceptable.”