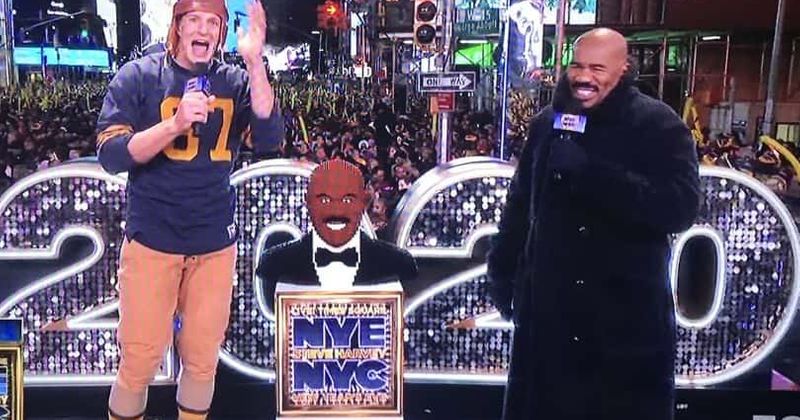 Then Rob Gronkowski happened to it.

Harvey was gifted a bust of himself made out of Legos during Fox’s New Year’s Eve broadcast. The television personality mused about where they’d found enough brown legos to create his signature shiny dome.

I never had brown LEGOs when I was a kid this must be a special order 😂🤣 LEGO Steve 🍾🥂@NYEonFOX #NYEonFOX pic.twitter.com/hPZBgEvUxr

But when Gronk got close to Harvey’s Lego likeness, the former New England Patriots tight end couldn’t resist his instinctual urge to spike anything remotely football-shaped in his vicinity.

Check out video of Gronkowski spiking the masterpiece here.

Gronk spiked Lego Steve Harvey and Harvey was NOT happy.

Harvey: “I don’t want to work with him no more.” 😂pic.twitter.com/FxCUKTG2LY