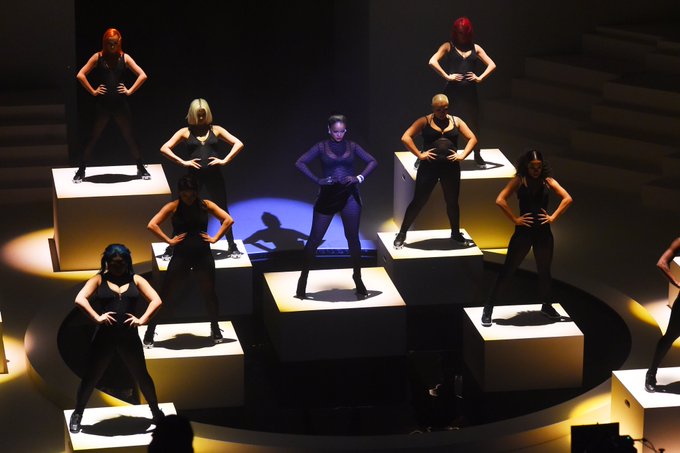 Raised cameraphones have become a ubiquitous part of cultural events over the last decade, but for her Savage x Fenty lingerie show, one of the most hyped of this fashion season, Rihanna made sure that couldn’t be the case.

Guests arriving at the Barclays Arena in Brooklyn on Tuesday night were required to deposit devices into sealed pouches at the door – in large part to make sure the show remains under wraps until 20 September, when it will be exclusively streamed by Amazon Prime across 200 countries and territories, giving it a reach well beyond that of a traditional catwalk.

The show opened with Rihanna and a small group of women standing stock-still on top of podiums before breaking into dance. There were performances by Halsey, A$AP Ferg and DJ Khaled, as well as appearances from models including Alek Wek, Cara Delevingne, Joan Smalls, Laverne Cox and the Hadid sisters.

But it was the diverse troupe of women in their underwear – made for different shapes, sizes and skin tones – who took centre stage, with their bodies doing the talking. They danced and stomped across the set; routines saw them melt, like a scene from Patrick Suskind’s Perfume, into a mass of bodies, or stand in the individual segments of a set made to mimic the architecture of the Colosseum – sometimes one would light up and one woman would dance her turn, at other times they would move as one. 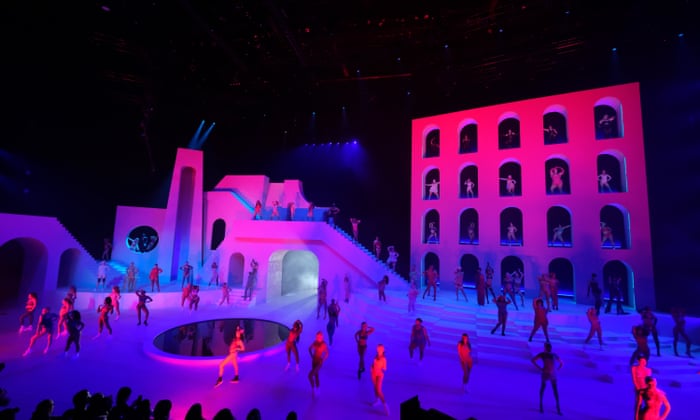 Camera operators scrambled to capture the action, with performers occasionally working the camera ahead of the room – a reminder that first and foremost this was made for the screen. But the live audience, which included Anna Wintour, Orange is the New Black star Dascha Polanco, as well as an excited Halima Aden, didn’t seem to mind. 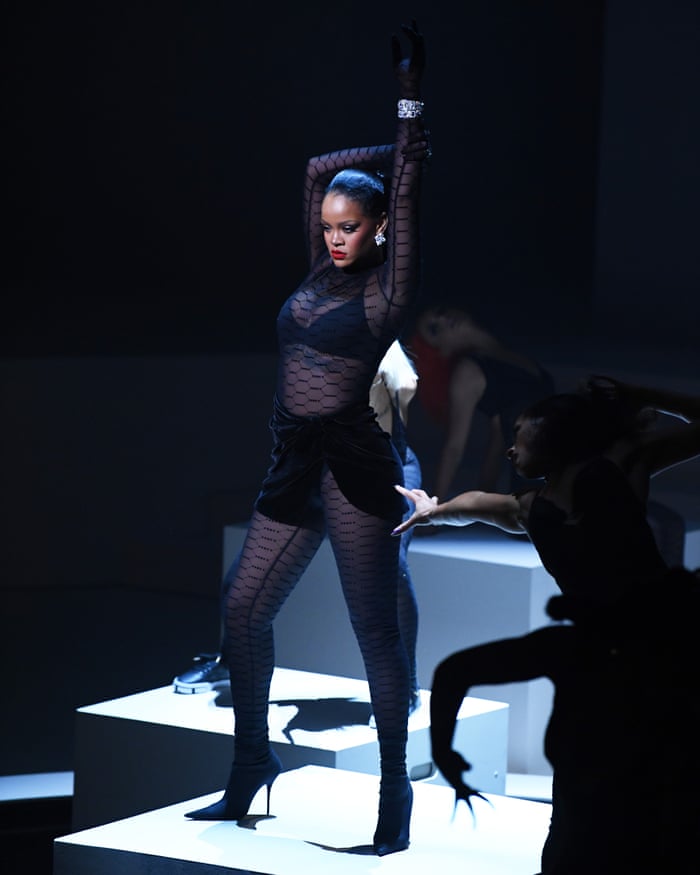 In a press release, Rihanna explained the thinking behind the line, with bras available from 32A to 42H and sleepwear from XS to 3X: “We want to make people look good and feel good. We want you to feel sexy and have fun doing it.”

The underwear on show spoke to the traditional tropes of lingerie – often sheer, sometimes skimpy. But in other ways, the line is designed not to fit the usual mould, with much of the build-up around the show focusing on what it is not.

Rihanna herself has positioned her underwear extravaganza as stepping into the vacuum being left behind by the Victoria’s Secret show. Usually a big event in the fashion calendar, this year it is absent as the brand battles with its associations with influential financier and convicted sex offender Jeffrey Epstein, as well as ongoing but increasingly loud criticisms about its archaic take on women’s underwear.

Where Victoria’s Secret, which had its spot on network TV cancelled after last year, has historically designed lingerie with the male gaze in mind, Rihanna launched her line in 2018 with the words: “Women should be wearing lingerie for their damn selves”. Comfort is queen in the current underwear market, and athleisure-styles have been on the rise – skimpy sets that are all about “sexiness” and nothing about support are falling out of favour.

As many brands will attest, empowerment sells. The Savage x Fenty underwear is already proving popular. A few days ago superstar Lizzo, who was recently described as synonymous with pop culture in 2019, posed in one of its strapless bras. The first year of sales were strong, leading, recently, to the announcement that Rihanna had secured an additional $50m in venture.

The line, which is being sold through Amazon Fashion, remains separate from the rest of Rihanna’s fashion offerings, which fall under the umbrella of the luxury conglomerate LMVH, speaking to the clout she has in the industry.