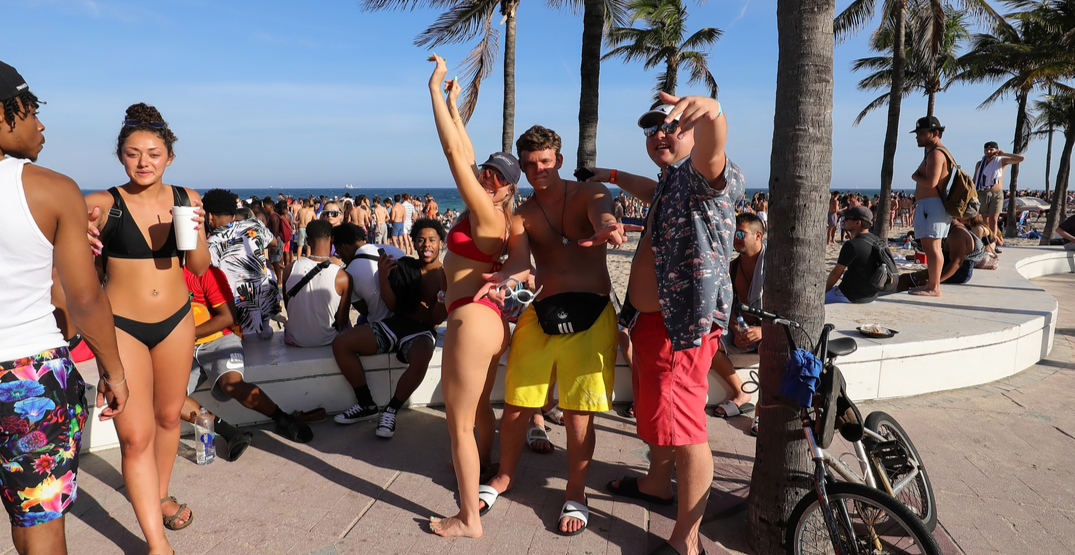 A spring breaker who went viral last week after telling CBS News that “if I get corona, I get corona” in Miami apologized this week over his comments about the coronavirus pandemic.

“I would like to sincerely apologize for the insensitive comment I made in regards to COVID-19 while on spring break. I wasn’t aware of the severity of my actions and comments,” Brady Sluder, a graduate of Milford High School near Cincinnati, Ohio,  wrote in an Instagram post Sunday, according to the Cincinnati Enquirer.

“I’d like to take this time to own up to the mistakes i’ve made and apologize to the people I’ve offended. Like many others, I have elderly people who I adore more than anything in the world and other family members who are at risk, and I understand how concerning this disease is for us all."

“Our generation may feel invincible, like I did when I commented, but we have a responsibility to listen and follow the recommendations in our communities," he concluded.

I’ve done a lot of things in my life that I’m not proud of. I’ve failed, I’ve let down, and I’ve made plenty of mistakes. I can’t apologize enough to the people i’ve offended and the lives I’ve insulted. I’m not asking for your forgiveness, or pity. I want to use this as motivation to become a better person, a better son, a better friend, and a better citizen. Listen to your communities and do as health officials say. Life is precious. Don’t be arrogant and think you’re invincible like myself. I’ve learned from these trying times and I’ve felt the repercussions to the fullest. Unfortunately, simply apologizing doesn’t justify my behavior. I’m simply owning up to my mistakes and taking full responsibility for my actions. Thank you for your time, and stay safe everyone. ❤️

A now-viral video released by CBS News last week showed a number of spring breakers in Miami downplaying the risk of congregating amid the coronavirus pandemic. Sluder was among multiple students who said the pandemic derailed their plans for the break.

“If I get corona, I get corona. At the end of the day, I’m not going to let it stop me from partying,” Sluder told CBS News. “I’ve been waiting, we’ve been waiting for Miami spring break for a while. About two months we’ve had this trip planned, two, three months, and we’re just out here to having a good time.”

“If I get corona, I get corona. At the end of the day, I'm not gonna let it stop me from partying”: Spring breakers are still flocking to Miami, despite coronavirus warnings. https://t.co/KoYKI8zNDH pic.twitter.com/rfPfea1LrC

The clip has been viewed more than 40 million times and prompted immediate condemnation from social media users.

The Trump administration called on Americans last week to avoid gatherings of more than 10 people in an effort to slow the spread of the virus that has infected at least 43,499 people in the U.S.