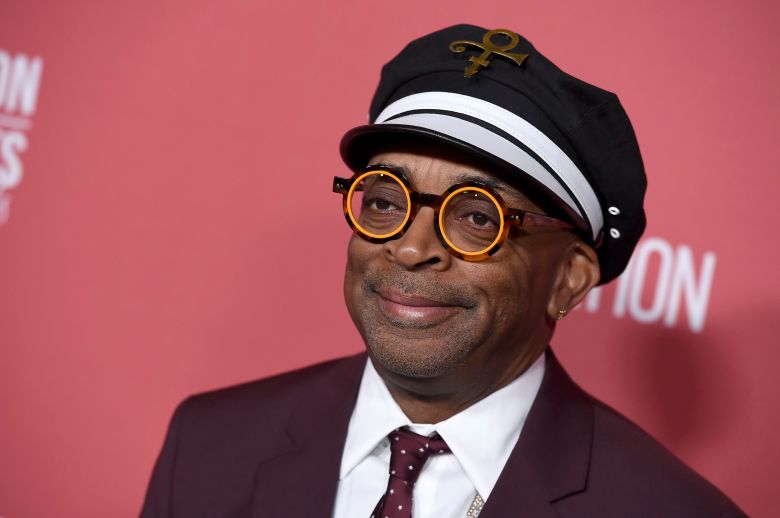 At long last, Spike Lee finally has his Oscar. The writer and director of “BlacKkKlansman” took home the Academy Award for Best Adapted Screenplay Sunday night, marking the beloved filmmaker’s first Oscar win. The movie was nominated for six awards at the 2019 ceremony; three of those nods go directly to Lee, as the film was up for Best Picture and Best Director. Adam Driver was also up for Best Supporting Actor.

After vigorously embracing presenting Samuel L. Jackson in his vibrant purple suit, Lee got political in his acceptance speech: “The 2020 presidential election is around the corner. Let’s all mobilize, let’s all be on the right side of history. Make the moral choice between love versus hate. Let’s do the right the thing! You Know I had to get that in there.”

Based on a true story, “BlacKkKlansman” tells the story of Ron Stallworth (John David Washington), who in the 1970s became the first African-American detective in the Colorado Springs Police Department, and infiltrated the city’s local Ku Klux Klan chapter by posing as a white supremacist. He recruits his Jewish co-worker, Flip Zimmerman (Driver), to pose as his racist alter ego all while conducting lengthy phone conversations with Ku Klux Klan Grand Wizard David Duke (Topher Grace).

“BlacKkKlansman” faced steep competition in the category, which included nominations for Nicole Holofcener and Jeff Whitty’s “Can You Ever Forgive Me?,” Barry Jenkins’ adaptation of James Baldwin’s “If Beale Street Could Talk,” Joel and Ethan Cohen’s “The Ballad of Buster Scruggs,” and Bradley Cooper, Will Fetter and Eric Roth for “A Star Is Born.”

For his Oscar-winning screenplay, Lee adapted his script from Stallworth’s 2014 memoir of the same name. Lee shares the Oscar with fellow screenwriters Kevin Willmott, David Rabinowitz, and Charlie Wachtel. In addition to making history as Lee’s first Oscar, this win also marks the highest number of screenwriters to win in the category since 1942’s “Mrs. Miniver.”

The 91st Academy Awards took place at the Dolby Theatre in Hollywood on Sunday, February 25. The host-less show aired on ABC, and was also live-streamed by the network.