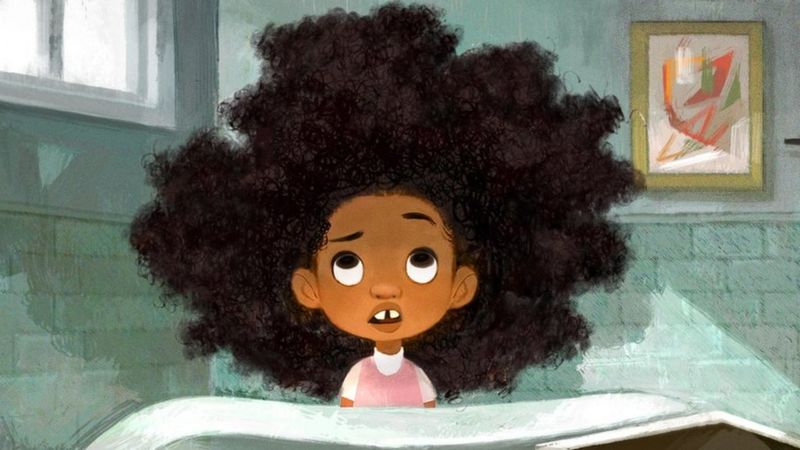 Coming off a record breaking Kickstarter campaign two years ago to raise funds for Hair Love, Cherry has now partnered with Sony Pictures Animation on the short film, I’ve learned.

“In the past year, it has been very clear that audiences have been yearning to see fresh stories that are universal and culturally authentic,” says SPA President Kristine Belson of the Cherry written and co-helmed pic focusing on an African-American dad being put in charge of doing his little girl’s hair for the first time. “Hair Love is a wonderful father-daughter story and we are proud to nurture talented young filmmakers like Matthew who are breaking new ground,” the exec added.

As well as hitting the big screen later this year, the thoughtful Hair Love will also see life as book to be published by Kokila Books/Penguin Random House on May 14.

“It was important to get this story out there and we are so grateful to Sony Pictures Animation for their generous support in helping us make that happen,” Cherry himself noted of the deal and roll-out plan. “They have championed it from its early stages and we cannot wait to share the project with the world.” 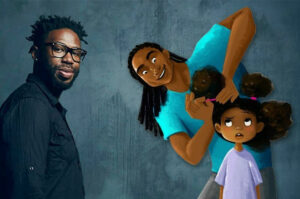 Co-directed by Cherry and Everett Downing, Hair Love raised $300,000 on Kickstarter back in 2017. That’s the most any short film, animated or not, has ever achieved on the funding platform.

“I have never been more thrilled than to work on a project so special and so personal,” stated Karen Toliver, SPA’s SVP of Creative Development. “It really is what makes Sony Animation such a creative place.”

Produced by Toliver, Cherry, Stacey Newton and Monica A. Young, Hair Love also sees Frank Abney and Peter Ramsey, who served as a director on SPA’s Oscar-winning Spider-Man: Into the Spider-Verse, as EPs.

Matthew A. Cherry is repped by ICM Partners and Blue Key Management.