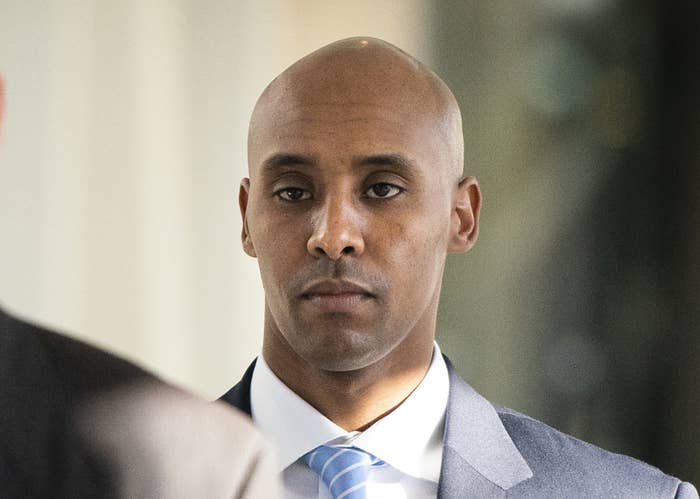 Former Minneapolis police officer Mohamed Noor was sentenced Friday to 12 and half years in prison for the 2017 fatal shooting of Justine Damond, an unarmed Australian woman who had called 911 to report a possible sexual assault.

A jury in April convicted Noor, 33, on charges of third-degree murder and second-degree manslaughter.

He was found not guilty of the most severe charge of second-degree murder and was facing 11 to 15 years in prison, per state sentencing guidelines.

Before the incident, Noor had been celebrated by city officials after becoming the precinct’s first Somali American police officer in a state with a large Somali population. He is now is the first officer in Minnesota to be convicted in an on-duty shooting in decades.

During the trial, Noor broke 18 months of silence since the 2017 shooting to testify about the moment he opened fire on Damond, a 40-year-old yoga teacher and life coach who was engaged to her American fiancé, Don Damond. She was a month away from her wedding when she was killed.

“If I knew this would happen, I would never have become a cop,” Noor told the jury, according to transcripts of the dramatic testimony.

During Friday’s sentencing, an emotional Noor said he can’t apologize enough “for taking the life of a perfect person,” the Associated Press reported.

"I saw your wedding dress the first time a week after you died," Don Damond said in court, reading out an emotional letter he addressed to Justine that spoke about their dreams of getting married and having a child.

While sentencing Noor, Judge Kathryn Quaintance said that while Noor was sad about having killed Damond, he still believed he was justified in his actions. 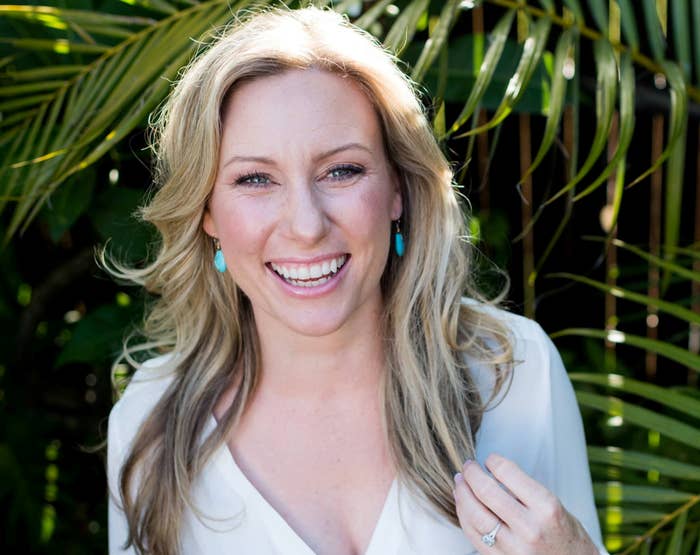 The case had drawn global attention because of the victim’s nationality, Noor’s Somali American background, and the unusual circumstances leading up to the shooting.

During the trial, Noor repeatedly testified that he made a “split-second decision” to shoot Damond because he believed that his partner, officer Matthew Harrity, feared for his life on July 15, 2017.

That night, Damond had called 911 twice to report hearing a woman “making sex noises” in the alley behind her house. She told the dispatcher that she wasn’t sure “if she’s having sex or being raped.”

Harrity, who responded to the call along with Noor, drove their squad car through the dark alley to search for the sounds of the woman Damond had reported. They did not see or hear anyone, but stopped at the end of the alley to let a bicyclist cross.

When Harrity stopped the car, both officers testified to hearing a loud thump or bang on the squad car and saw a figure approach the driver’s side window, promoting Harrity to yell, “Oh Jesus!”

Noor told the court that he believed his partner feared for his life because there was a threat.

“And my intent was to stop the threat,” Noor said. 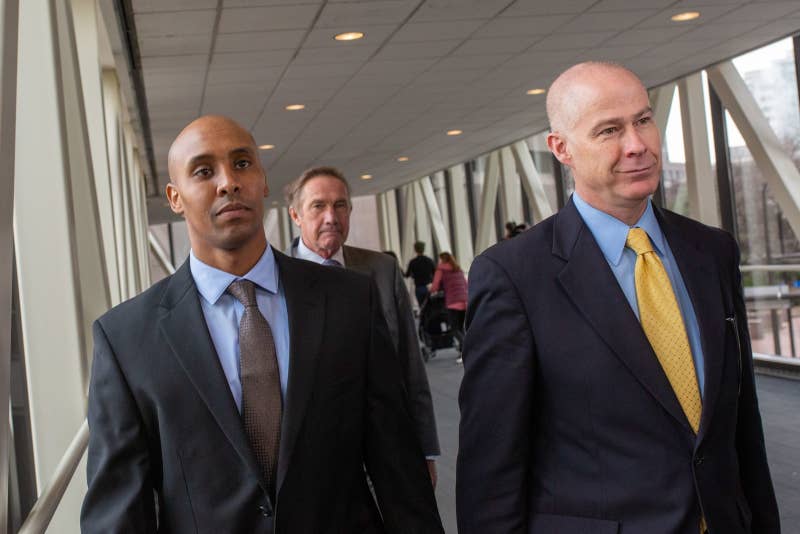 While Harrity testified that he only saw a dark figure outside his window, Noor said he saw a woman with blonde hair and wearing a pink T-shirt raise her arm outside his partner’s window.

He testified that although he did not see anything in the woman’s hand, he believed that she could have a weapon in her hand and that “[his] partner would have been dead.”

Damond had her gold iPhone in her hand, according to evidence presented in court.

Noor said he rose from his seat, extended his gun past the steering wheel, and fired a single bullet at the woman outside Harrity’s window.

When the officers got out of the car and realized Damond was unarmed, they began performing CPR on her, but she was pronounced dead a short time later. 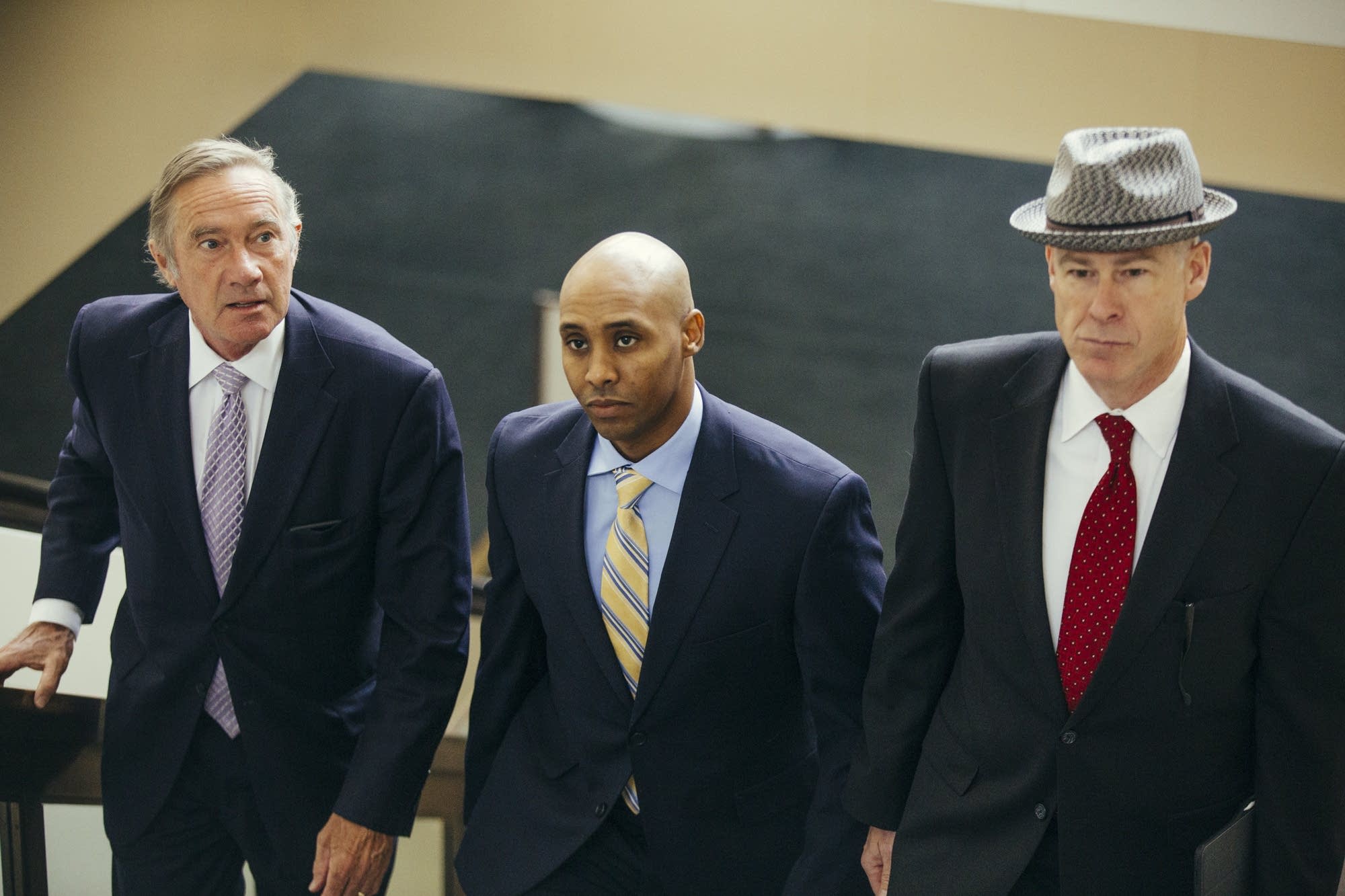 Noor’s defense team argued that based on the officers’ testimony, they feared a possible ambush and Noor’s police training informed his actions to protect himself and his partner’s life.

Prosecutors argued that Noor was reckless in his actions and questioned him about why he found Damond’s “blonde hair, pink T-shirt, and all” threatening.

The officers’ did not turn on their body cameras until after the shooting. The footage captured Damon’s final moments where she told the officers, “I’m dying.”

During his testimony, Noor told the court that when he realized that he had shot an innocent woman, “I felt my whole world come crashing down. I couldn’t breathe.”

The city of Minneapolis agreed to pay $20 million to settle a lawsuit with Damond’s family over her death.

Supporters of Noor have suggested racial bias in Noor’s prosecution, saying that as a Somali American, he was held to a different standard than other police officers involved in on-duty shootings.

It is rare for a police officer in the US to face murder charges for an on-duty shooting, and even rarer for one to face trial and be convicted. Since 2005, 97 law enforcement officers have been arrested for murder or manslaughter for an on-duty shooting, of which only 35 were convicted, according to the Police Integrity Research Group’s data. In most cases, experts say, investigators, prosecutors, or juries clear officers of wrongdoing in fatal shooting incidents based upon the belief that they were justified in using deadly force.

In April, Nouman Raja, a former Florida cop of South Asian descent, was sentenced to 25 years in prison for killing a 31-year-old stranded black driver. Raja was the first officer in Florida to be convicted of an on-duty shooting in 30 years.