When Grand Forks, North Dakota, replaced Columbus Day with Indigenous Peoples’ Day in July, Courtney Davis Souvannasacd brought her son, Benjamin, with her to the city council chambers to watch the vote.

“It’s not something you typically bring a 12 year-old kid to," Souvannasacd, an enrolled member of the Turtle Mountain Band of Chippewa Indians, told NBC News. “It’s kind of dry.”

The council voted in favor of the resolution unanimously, and the Grand Forks Herald said the switch happened “almost anticlimactically.” But for Souvannasacd, who was one of the many Native people in the city advocating for the change, it was an emotional day. 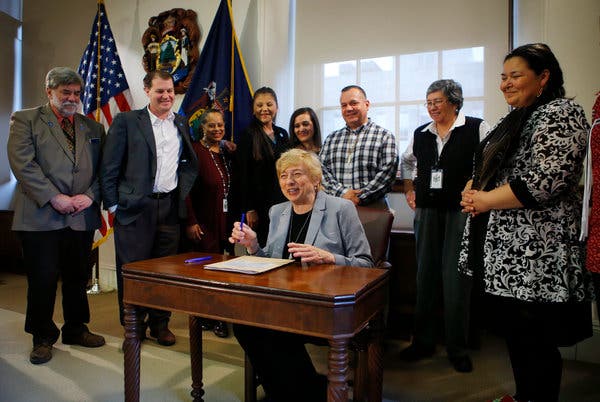 Benjamin had been born on Columbus Day 12 years earlier. Replacing Columbus Day with Indigenous Peoples’ Day, she said, felt like the start of a long overdue recognition of the indigenous people who lived in the U.S. for thousands of years before Europeans like Columbus sailed across the Atlantic.

“My son was so elated,” Souvannasacd said. “I will never forget the feeling.”

Around the country, cities and states have slowly been moving to declare the second Monday of October as Indigenous Peoples’ Day, meant to honor the people indigenous to the land that is now North America. And advocates for Indigenous Peoples' Day want to make clear that Christopher Columbus wasn’t just an “explorer” — he was the beginning of an era of decimation. Haaland’s home state of New Mexico will be celebrating its inaugural statewide Indigenous Peoples’ Day on Monday, as will Vermont, Maine, Louisiana, Michigan and Wisconsin. Columbus Day remains a federal holiday, but over 100 cities, towns and college campuses have made the switch.

“Indigenous Peoples’ Day is about acknowledging indigenous peoples’ complex history in this country and celebrating the culture, heritage, and strength of native communities everywhere,” Haaland said.

Rich Holschuh, one of many people in Vermont who fought to get the day formally recognized, agrees. For Holschuh, who is of mixed Native ancestry, and the other Vermont organizers, formally recognizing Indigenous Peoples’ Day is one of many ways to grapple with the country’s past and present treatment of Native people.

“Civic holidays are occasions for a society to come together, to recognize and observe our common values,” Holschuh said. “Columbus is not to be celebrated.”

Vermont only recognized the Abenaki people as the primary indigenous group of the state about a decade ago, Holschuh said, adding, “The conventional narrative here is that there have been no indigenous people.” The day, then, works to fight back against that dominant narrative, educating the public and working to tell a more accurate history of the state.

But the fight to get Indigenous Peoples Day on the calendar has not come without resistance.

Chief among the opposition to the switch have been certain Italian-American groups. Although Columbus sailed for the Spanish, his Italian heritage is a point of pride for some, and advocates for Columbus Day think Indigenous Peoples’ Day takes away a day to celebrate Italian culture. 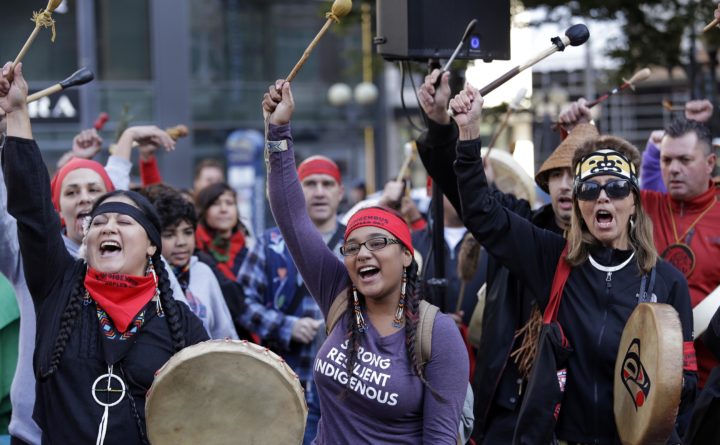 In Maine, Native activists who have long wanted to make the switch seized on the election of a democratic governor in 2018 to push Indigenous Peoples’ Day forward.

“It was a top down leadership issue,” Maulian Dana, the tribal ambassador of the Penobscot Nation, told NBC News. Maine’s former governor, Paul LePage, a Republican with a contentious relationship with the state’s indigenous people, was not going to change the calendar, Dana and others believed. “It was tried before and the bill didn’t make it through the committee.”

Under Governor Janet Mills, Dana and other Native activists were able to propel legislation to the Governor’s desk, who signed the bill in April.

But just last week, Mayor Nicholas Isgro of Waterville, Maine, said his town would be celebrating Columbus Day instead. On Monday, despite her packed schedule of celebrations, Dana will be headed to Waterville for a rally against the mayor’s proclamation.

Dana said she’s seen a good deal of “ugliness” in Maine and “resistance to change.”

“I’ve been called some horrible things and had some racist threats hurled⁠ — a lot of the things we face are the rippling effects of colonization,” she said.

For Dana, the Waterville mayor’s resistance shows why recognizing the second Monday in October as Indigenous Peoples’ Day shouldn’t be thought of as a symbolic move.

“For tribal and indigenous people it’s harmful to have the state celebrating a day that celebrates our demise,” she said. “The bill sends a great message. Now it’s time to walk the walk and show indigenous people that we are all valued.”

“We are never asking for anything extra, just asserting our rights.”