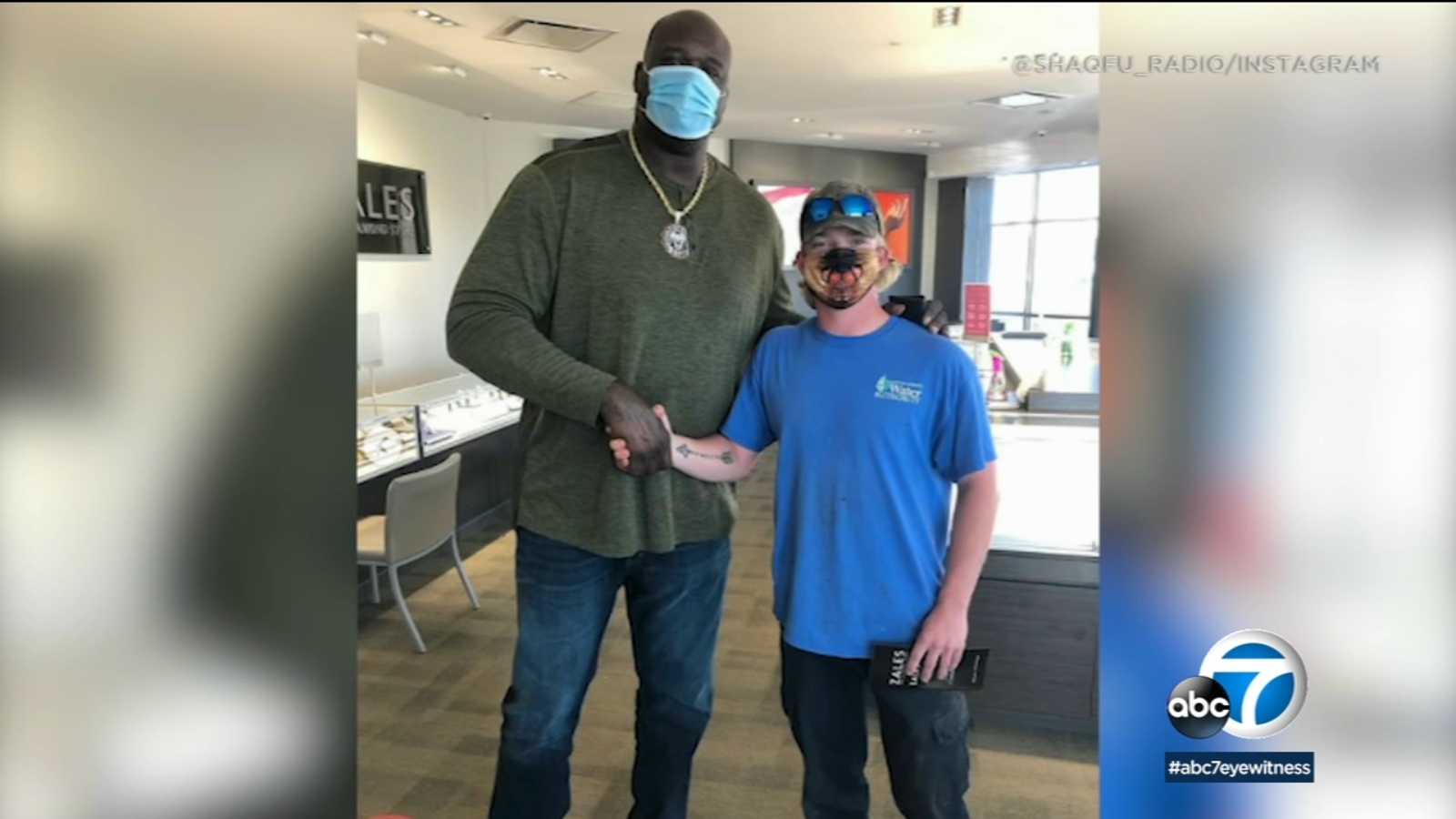 One lucky man unexpectedly enjoyed the fruits of Shaq’s labor while purchasing an engagement ring in Atlanta.

The Lakers legend was in a Zales jewelry store on Tuesday, when he spotted a male customer purchasing an engagement ring for a special someone. So, he whipped out his black card and took care of the cost — no questions asked.

In true Shaq fashion, he snapped a photo with the soon-to-be engaged stranger and shook his hand when the purchase was complete.

O’Neal discussed the moment, which has since gone viral on social media, on NBA on TNT’s postgame show with co-hosts Adam Lefkoe, Candace Parker and Dwyane Wade.

“I went in there to get some loop earrings and I seen the guy and he was just so shy and he was saying [to the cashier], ‘Hey, how much do I owe to pay off the ring?’ I said, ‘My man, how much is the ring?’,” O’Neal said, adding that the kind gesture “is just something I do everyday.”

“I’m into making people happy, so whenever I leave the house I just try and do a good deed. I didn’t mean for that to get out. That’s not why I do it. .. The guy just came in, he was a young kid, hardworking guy.”

O’Neal noted the unidentified man had been paying for the ring through a layaway agreement.

"I'm just trying to make people smile... That's all."@SHAQ helped a young man out at a local jewelry store by paying for his engagement ring. pic.twitter.com/eK8n0YHGb7

“I was like, you know what, ‘Tell your girlfriend I got it, I’ll take care of it. At first he didn’t want to take it,” O’Neal recalled, later adding, “I’m just trying to make people smile, that’s all.”

The former NBA big man is a regular in Atlanta’s Zales stores, where he has his own jewelry line. Turner Sports is headquartered in Atlanta, where Shaq films “Inside the NBA” in its regular Studio J hub.