Sephora Shuts Down for Sensitivity Training. But Will It Help? 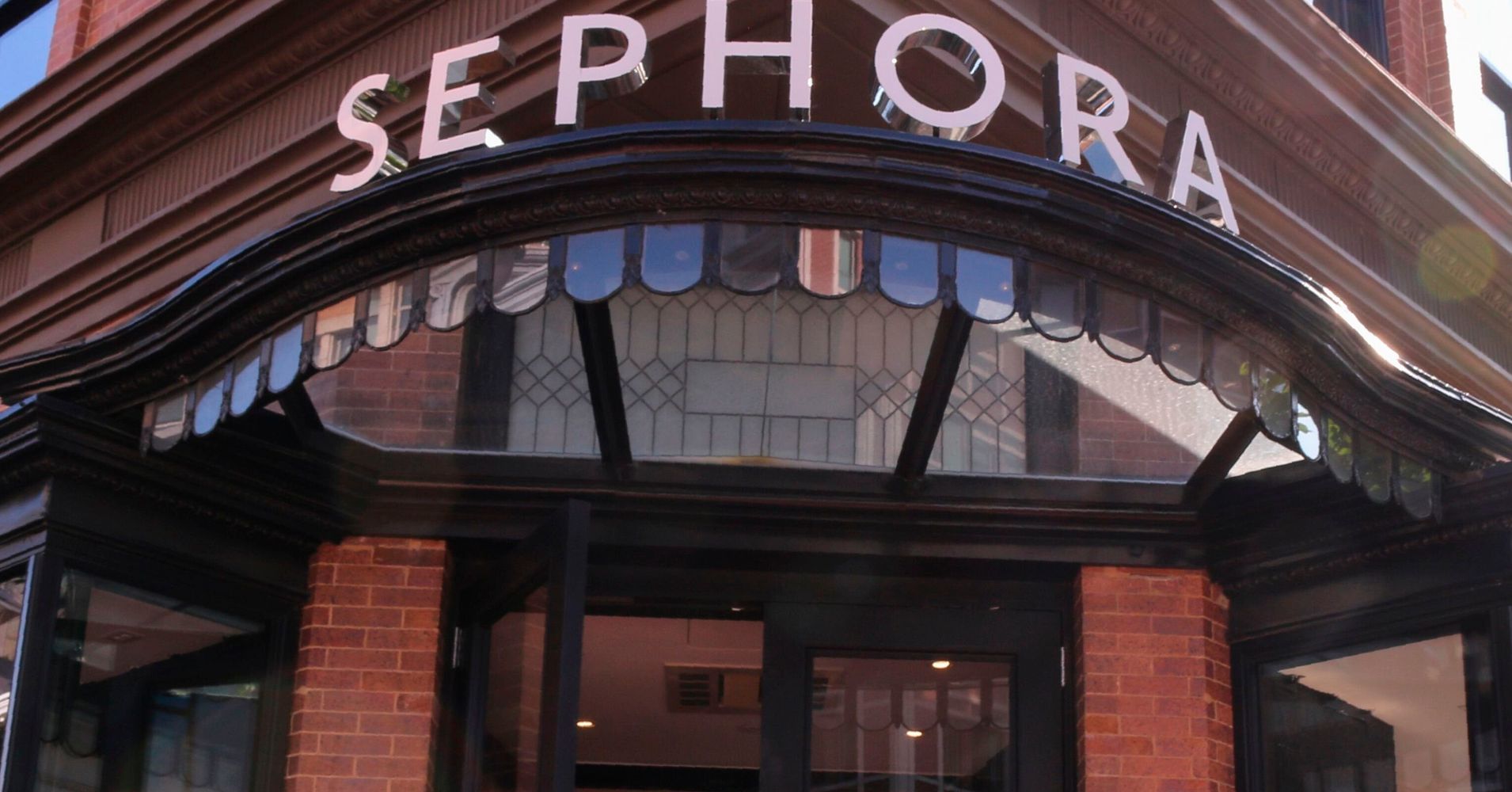 We can confidently report that Sephora did not solve racism on Wednesday.

The makeup giant shut down stores across the U.S. for an hour so its 16,000 employees could attend an “inclusivity workshop.”

The training comes about a month after singer-songwriter SZA tweeted about being racially profiled at a Sephora outlet in Calabasas, California. An employee called security on the R&B artist while she was trying to buy makeup from fellow singer Rhianna’s popular brand. “Can a bitch cop her fenty in peace er whut?” SZA tweeted.

Sephora responded the next day, telling SZA that she is “part of the Sephora family,” but stopped short of an apology. Later in May, the company announced the store closures, part of its “We Belong to Something Beautiful” campaign, which it said was in the works long before the incident in Calabasas.

The retail chain also faced accusations of racism in 2017 when a video of black customers accusing a white saleswoman of racial profiling went viral.

In a 2018 HuffPost article titled “Shopping While Black,” African Americans recounted being followed, being forced to leave and even having the police called on them while shopping at places like CVS, Nordstrom Rack and Hobby Lobby. Rapper Meek Mills said last month that he was turned away from a hotel simply because he is black.

Some 52% of black Americans say they’ve been followed more than once while browsing in a store, compared to 15% of white people, according to a HuffPost/YouGov survey.

Sephora wouldn’t provide much detail about its one-hour training session. “We’ll be discussing what it means to belong, across many different lenses that include, but are not limited to, gender identity, race and ethnicity, age, abilities, and more,” the company said in a statement, adding that the workshop is one of many things it is doing. 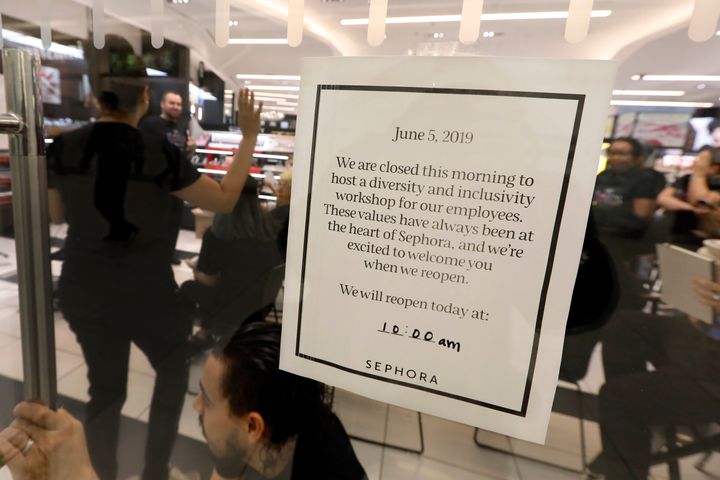 It’s almost too obvious to point out that an hour of diversity training is not going to solve the underlying issue.

“It’s well-intentioned and it’s unlikely that they’re doing any serious harm, but Sephora is not going to solve racial discrimination today,” Katherine Milkman, a professor at the University of Pennsylvania’s Wharton School, said on Wednesday. Milkman co-authored a major National Academy of Sciences study on diversity training published earlier this year. “Research we’ve done shows that these kinds of trainings don’t do much to change behavior.”

However, changing staff behavior isn’t necessarily the point. The training is also a way to signal to Sephora customers that it isn’t a racist company, much like Starbucks did last year when it shut down more than 8,000 stores to conduct diversity training after a racial profiling incident in one of its Philadelphia outlets caused a public outcry.

“The goal isn’t exclusively to improve. The goal is to signal the brand cares and they’re taking drastic action,” said Milkman.

It’s also a way to reassure workers that their employer cares about racism. That’s particularly important at Sephora, which reports that 62% of its U.S. store employees are not white (and 88% are women).

Diversity training is extremely popular in corporate America. The majority of Fortune 500 and midsize firms now conduct programs that are aimed at increasing gender and racial diversity within the ranks and support for inclusivity among employees. Yet despite these efforts, white men still dominate corporate America’s executive offices.

Milkman said the National Academy of Sciences report reflects one of the largest controlled studies ever done on the subject. She and her fellow researchers compared the attitudes and behaviors of workers at one large global organization who completed a one-hour online diversity training and those who didn’t.

The training drew on what the researchers said are considered “best practices” in diversity programs, which typically include raising awareness of stereotypes, offering feedback on workers’ own biases, sharing scientific evidence on racial and gender bias, and suggesting strategies for overcoming bias.

"We can’t slap a Band-Aid on it with these one-day things. We have to design organizations so they don’t facilitate bias.Katherine Milkman, a professor at the University of Pennsylvania’s Wharton School."

Katherine Milkman, a professor at the University of Pennsylvania’s Wharton School

“The data are pretty mixed,” said Stefanie K. Johnson, a professor at the University of Colorado Boulder’s Leeds School of Business, who studies leadership and diversity. “But one thing is clear ― diversity training is best when it’s part of a larger organizational initiative that involves setting clear goals and ensuring accountability.”

Typical corporate diversity training has the aim of improving hiring and promotion rates for people of color or women, things that are easy to measure. But the problems at places like Starbucks and Sephora have not been about hiring. They’ve been about racial profiling, a systemic issue that extends far beyond the treatment of fellow or prospective employees. There’s little research on how diversity training works at the customer-facing level.

Sephora said that Wednesday’s store closures are “part of a long journey in our aspiration to create a more inclusive beauty community and workplace.” The company noted that it also has employee resource groups, social impact programs and an “inclusive mindset training for all supervisors.”

But if the company plans to make any changes to the way it operates, it isn’t saying.

Milkman had a few ideas, like creating checklists that store employees can consult before calling police or security. For organizations that aren’t hiring enough women or people of color, she also recommends having hiring managers look at resumes that obscure the applicant’s gender and race.

“Make sure you’re following protocol and not just following your gut,” she said. “We can’t slap a Band-Aid on it with these one-day things. We have to design organizations so they don’t facilitate bias.”