See The First Photos Of Chadwick Boseman In His Final Film

A glimpse of the late actor Chadwick Boseman’s final contribution to his craft emerged Wednesday.

The “Black Panther” star, who died at age 43 in August after a long private battle with colon cancer, appears in several first-look photos from the movie “Ma Rainey’s Black Bottom.” Netflix posted them on Wednesday, months ahead of the movie’s Dec. 18 streaming release.

Boseman plays an ambitious trumpeter named Levee who’s in the band of “Mother of Blues” Ma Rainey, portrayed by Viola Davis, in the 1920s-set film.

“He did a brilliant job,” the film’s executive producer Denzel Washington told ﻿The New York Times.

Davis also praised the beloved star for ditching his stardom and ego to tackle the role: “I’m looking back at how tired he always seemed. I look at his beautiful, unbelievable team that was meditating over him and massaging him, and I now realize everything they were trying to infuse in him to keep him going and working at his optimal level. And he received it.”

The film, adapted from an August Wilson play, was shot in the summer of 2019 in Pittsburgh. 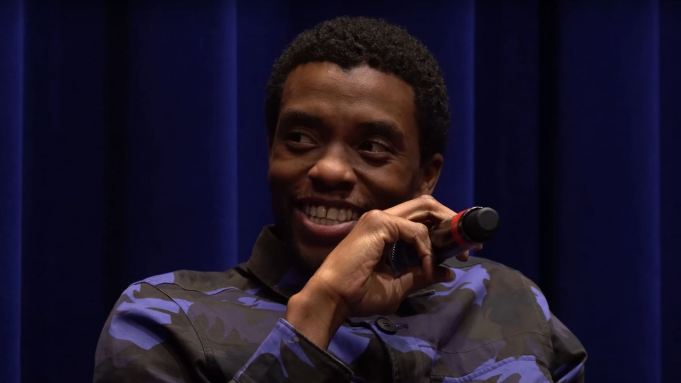