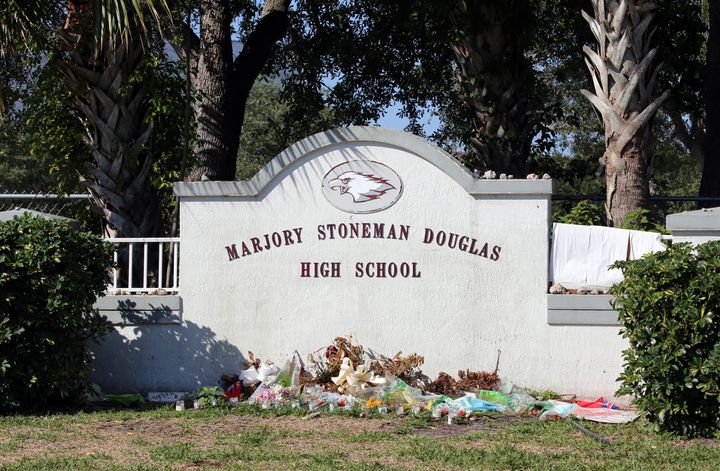 The juvenile, whose name has not been released, died by an “apparent suicide” on Saturday night, Coral Springs police spokesman Tyler Reik told HuffPost. The deceased was a current student at the high school.

Detectives and the county medical examiner’s office are continuing to investigate the matter, Reik said.

The student’s death comes after the family of another survivor of the shooting, 19-year-old Sydney Aiello, confirmed Friday that she died by suicide after struggling with post-traumatic stress disorder and survivor’s guilt. The February 2018 shooting by a former student killed 17 people and injured over a dozen others.

Aiello had been close friends with Meadow Pollack, a Stoneman Douglas senior who was fatally shot during last year’s massacre.

“How many more kids have to be taken from us as a result of suicide for the government / school district to do anything?” the 18-year-old tweeted..

How many more kids have to be taken from us as a result of suicide for the government / school district to do anything?

Broward County Public Schools did not immediately respond to a request for comment.

Though the details surrounding the second student’s death remain unclear, Dan Reidenberg, executive director of suicide prevention nonprofit SAVE, told HuffPost that PTSD and survivor guilt can be a factor in such situations.

“Teens facing graduations, proms, other major life events knowing that their friends will not be there due to the mass shooting can be really re-traumatized by life events,” he told HuffPost in an email.

Reidenberg said it’s important for adults, teachers and peers to understand youth suicide warning signs, which include changes in academic performance and statements of feeling like they don’t deserve to be alive.

“We need to try and minimize risk of contagion given the situation and media attention around the suicides,” he said. “We don’t want to create panic or fear that this will keep happening, while making sure people know to reach out for help if they are struggling.”

This is a developing story. Check back for updates.

If you or someone you know needs help, call 1-800-273-8255 for the National Suicide Prevention Lifeline. You can also text HOME to 741-741 for free, 24-hour support from the Crisis Text Line. Outside of the U.S., please visit the International Association for Suicide Prevention for a database of resources.