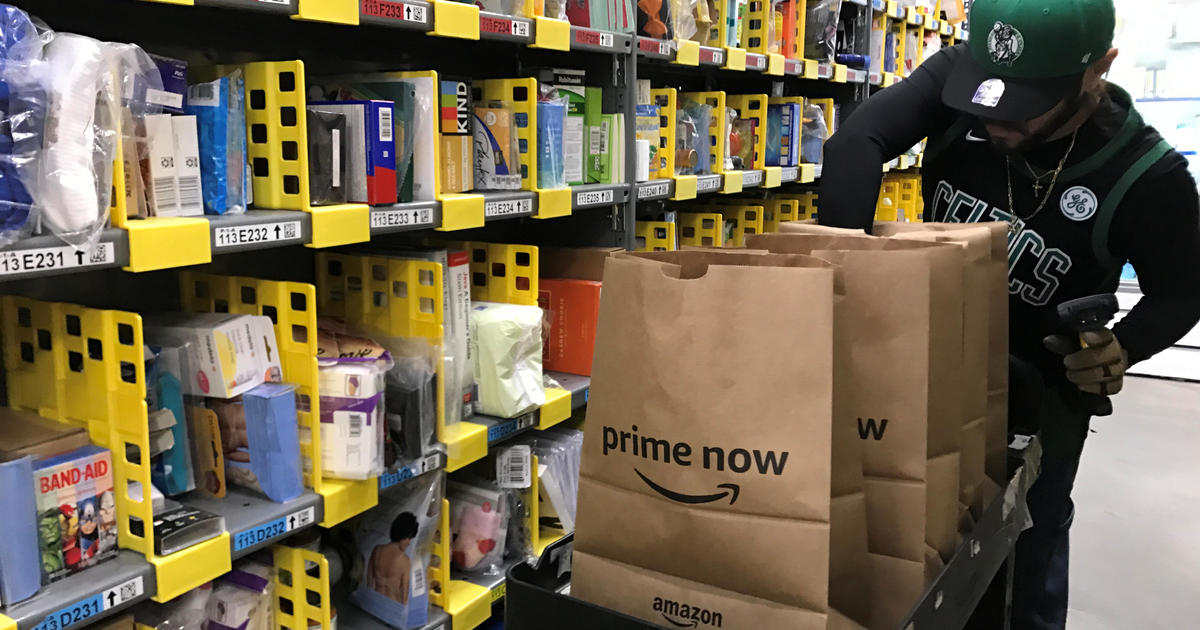 When Candice Dixon showed up for her first day of work at an Amazon warehouse in Eastvale, California, she stepped into a wonder of automation, efficiency, and speed. Inside the sprawling four-story building in Southern California’s Inland Empire, hundreds of squat orange robots whizzed across the floor, carrying tall yellow racks.

As a stower, her job was to stand in a spot on the floor, like hundreds of others in that million-square-foot warehouse, and fill an unending parade of merchandise racks. Another worker, known as a “water spider,” would bring her boxes upon boxes of goods—jars of protein powder, inflatable unicorn pool floats, laptops, makeup, Himalayan sea salt, vibrators, plastic toy cars. She’d grab each item out of a box, scan it, lift it onto the rack, and scan its new location. She’d use a stepladder to put things on the top of the rack. For heavy items—she remembers the cases of pet food in particular—she’d have to squat down to hoist them in, then pop back up to grab the next item. As soon as she’d filled a rack, she’d press a button, and one robot would zip it away while another robot would bring a new one to fill.

The moment an Amazon customer clicked “place your order,” a robot would haul one of those racks to a picker, who would grab the right item for the order and send it on a series of long conveyors to a packer, who would stuff it in one of those familiar, smiling cardboard boxes.

The clock was always ticking on Amazon’s promised delivery time. Dixon had to scan a new item every 11 seconds to hit her quota, she said, and Amazon always knew when she didn’t.

Dixon’s scan rate—more than 300 items an hour, thousands of individual products a day—was being tracked constantly, the data flowing to managers in real time, then crunched by a proprietary software system called ADAPT. She knew, like the thousands of other workers there, that if she didn’t hit her target speed, she would be written up, and if she didn’t improve, she eventually would be fired.

Amazon’s cutting-edge technology, unrelenting surveillance, and constant disciplinary write-ups pushed the Eastvale workers so hard that in the last holiday season, they hit a coveted target: They got a million packages out the door in 24 hours. Amazon handed out T-shirts celebrating their induction into the “Million Unit Club.” 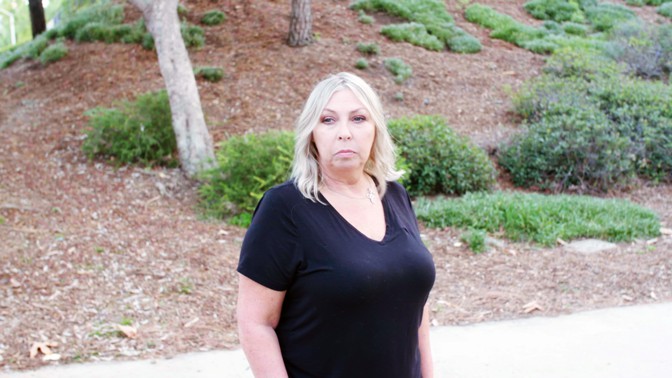 But Dixon, 54, wasn’t around for that. She started the job in April 2018, and within two months, or nearly 100,000 items, the lifting had destroyed her back. An Amazon-approved doctor said she had bulging discs and diagnosed her with a back sprain, joint inflammation, and chronic pain, determining that her injuries were 100 percent due to her job. She could no longer work at Amazon. Today, she can barely climb stairs. Walking her dog, doing the dishes, getting out of her chair—everything is painful. According to her medical records, her condition is unlikely to improve.

So this holiday-shopping season, as Amazon’s ferocious speed is on full display, Dixon is at a standstill. She told Reveal in mid-October that her workers’-compensation settlement was about to run out. She was struggling to land a new job and worried she’d lose her home.

“I’m still too young to feel like I’m 90 years old,” Dixon said, sitting in the living room of her Corona, California, home, which was decorated with inspirational sayings (“You never know how strong you are until being strong is the only choice you have”). “I don’t even know how I’m going to make it in a couple of months.”

Amazon’s famous speed and technological innovation have driven the company’s massive global expansion and a valuation well over $800 billion. It’s also helped make Amazon the nation’s second-largest private employer behind Walmart, and its CEO, Jeff Bezos, one of the richest humans on Earth. Now an investigation by Reveal from the Center for Investigative Reporting has found that the company’s obsession with speed has turned its warehouses into injury mills.

Reveal amassed internal injury records from 23 of the company’s 110 fulfillment centers nationwide. Taken together, the rate of serious injuries for those facilities was more than double the national average for the warehousing industry: 9.6 serious injuries per 100 full-time workers in 2018, compared with an industry average that year of 4.

While a handful of centers were at or below the industry average, Reveal found that some centers, such as the Eastvale warehouse, were especially dangerous. Dixon’s was one of 422 injuries recorded there last year. Its rate of serious injuries—those requiring job restrictions or days off work—was more than four times the industry average.

“According to Amazon’s own records, the risk of work injuries at fulfillment centers is alarmingly, unacceptably high,” said David Michaels, the former head of the federal Occupational Safety and Health Administration, who is now a professor at George Washington University’s public-health school. “Amazon needs to take a hard look at the facilities where so many workers are being hurt and either redesign the work processes, replace the top managers, or both, because serious-injury rates this high should not be acceptable to any employer.”

“We know that by making a conservative choice to not place an injured associate back into a job, we are elevating restricted and lost time rates as a company, but with the intent to benefit the associate,” Robinson wrote.

Many workers said that was not their experience. They spoke with outrage about having been cast aside as damaged goods or sent back to jobs that injured them further. Dixon said she had doctor orders not to pull or lift heavy objects and to alternate between sitting and standing, but she wasn’t given a chair and heavy boxes kept coming her way. 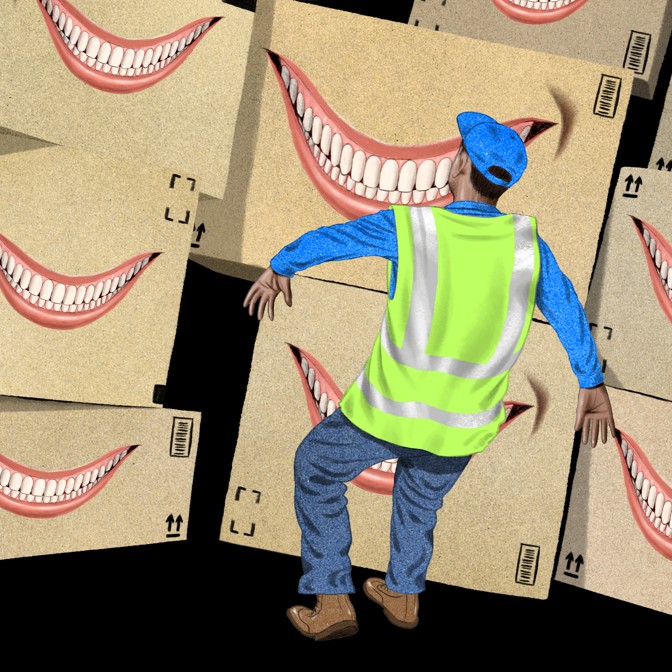 “For Amazon,” Dixon said, “all they care about is getting the job done and getting it out fast and not realizing how it’s affecting us and our own bodies.”

The company does instruct workers on the safe way to move their bodies and handle equipment. But several former workers said they had to break the safety rules to keep up. They would jump or stretch to reach a top rack instead of using a stepladder. They would twist and bend over to grab boxes instead of taking time to squat and lift with their legs. They would hoist extra-heavy items alone to avoid wasting time getting help. They had to, they said, or they would lose their jobs. So they took the risk.

Then, if they got hurt, they would lose their jobs anyway. Even some workers who loved the pace, camaraderie, and compensation at Amazon’s fulfillment centers told Reveal that they were quickly replaced as soon as their bodies broke down.

The problems Reveal uncovered go far beyond common sprains, strains, and repetitive stress injuries. When a gas leak inundated the Eastvale warehouse where Dixon used to work, managers wouldn’t slow down, several workers said, even though they were dizzy and vomiting. They were told that they’d have to use personal time off if they wanted to leave.

And when disaster struck at one Indiana warehouse, Amazon’s economic might may have helped the company evade accountability. When a maintenance worker was crushed to death by a forklift there, state officials in Indiana, which then was jockeying for Amazon’s second headquarters, sided with the company over their own investigator. “When you order something from Amazon and you’ve worked inside Amazon, you wonder, ‘Hey, is ordering my package going to be the demise of somebody?’” said one former safety manager, who had worked at multiple Amazon facilities.

This story is a collaboration between The Atlantic and Reveal from the Center for Investigative Reporting.