Rihanna gave us the smash hit "Work," and that's just what she did. Now, all that work is paying off in a big way as the superstar has been named the world's richest female musician, according to Forbes.

The 31-year-old's empire has earned her a $600 million fortune, putting her ahead of Madonna, who is the second-richest female musician with $570 million, and Beyoncé, who has an estimated net worth of $400 million.

Robyn Rihanna Fenty is not only a musical artist known for her versatile styles, from her pop anthems like "Only Girl" and "Diamonds" to her reggae-influenced hits like "Work" and "Rude Boy." The Barbados-born singer is also a fashion designer, makeup entrepreneur, actress, founder of a nonprofit organization, and the first black woman to lead a luxury fashion house.

While most know her as Rihanna, Fenty is the name she uses for her many ventures beyond the music studio. She recently told the New York Times Style Magazine she used Fenty "so that you didn't have to hear the word 'Rihanna' every time you saw something that I did." 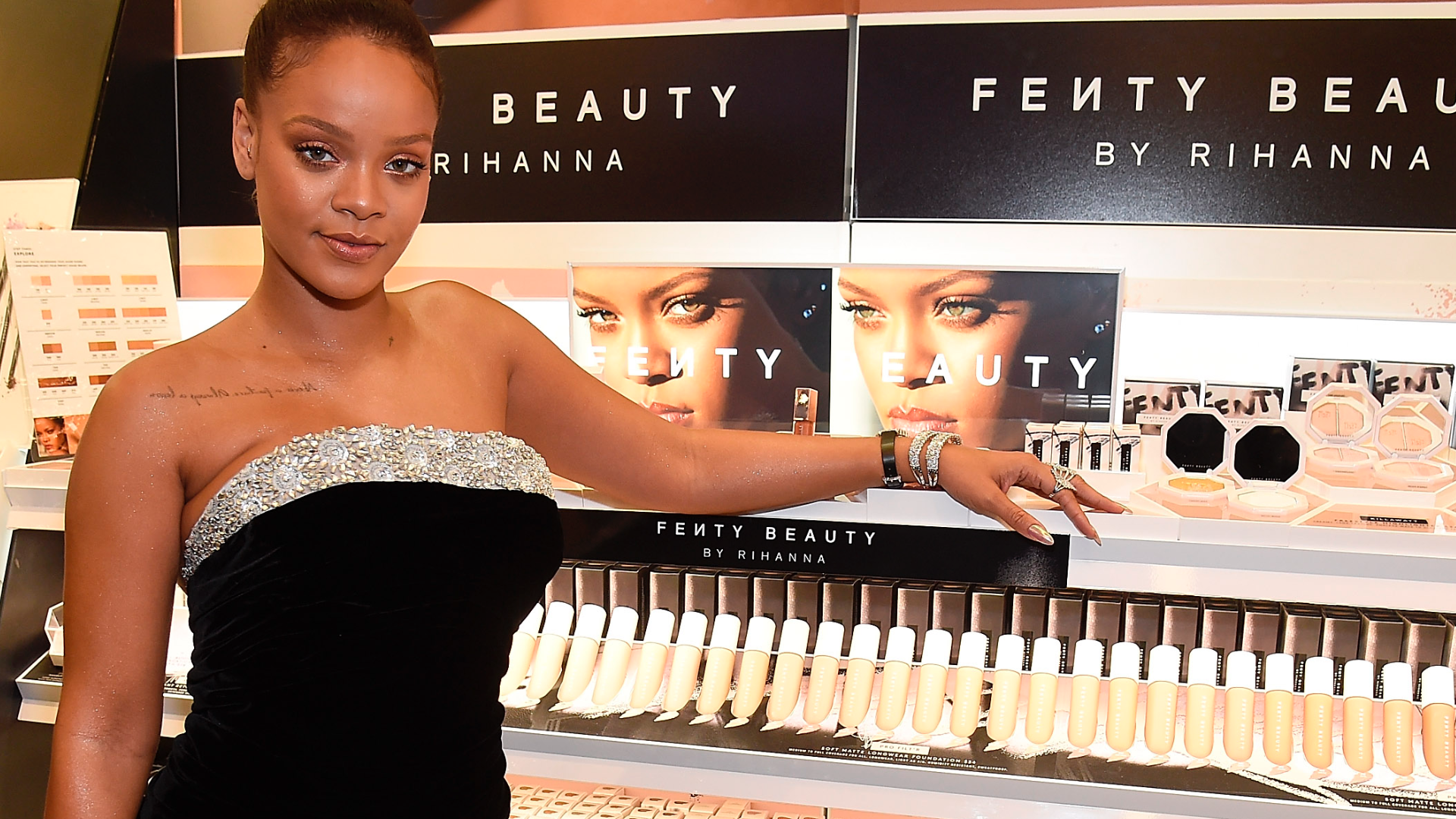 From Fenty Beauty to her most recent endeavor with LVHM, the Fenty name has been raking in millions.

Her success is partly due to her approach to inclusivity. The star's early venture into the fashion scene with lingerie line Savage X Fenty included a diverse range of sizes, and Fenty Beauty changed the face of the makeup industry with a foundation spectrum that now spans 50 shades. Launched in September 2017, Fenty Beauty reported $100 million in sales in its first few weeks, and it amassed an estimated $570 million in revenue last year alone, Forbes reports. The makeup was also named one of Time magazine's Best Inventions of 2017.

Following the success of her Fenty Beauty line, the star formed a partnership with LVMH to launch Fenty, the luxury giant's first new fashion house since Christian Lacroix debuted in 1987. The deal made Rihanna the first black woman to run a major luxury fashion house, and put Fenty, which hit stores in May, in the same family as high-end brands Dior, Céline and Givenchy. The ready-to-wear collection has items priced from $180 to over $1,000.

Rihanna found fame as a teenager when she moved to the U.S. in 2005 to sign with a record label. Her years of success have been marred by a few personal incidents. In 2009, she was famously assaulted by her ex-boyfriend Chris Brown, and earlier this year, she filed a lawsuit against her father accusing him of trying to profit off her name.

Now the "Umbrella" singer is following in the footsteps of her friend and mentor, Jay-Z, who was just named by Forbes as the first hip-hop billionaire. With nine Grammy Awards and multiple successful entrepreneurial endeavors under her belt, Rihanna debuted in 11th place on Forbes' list of the world's richest "self-made" women.