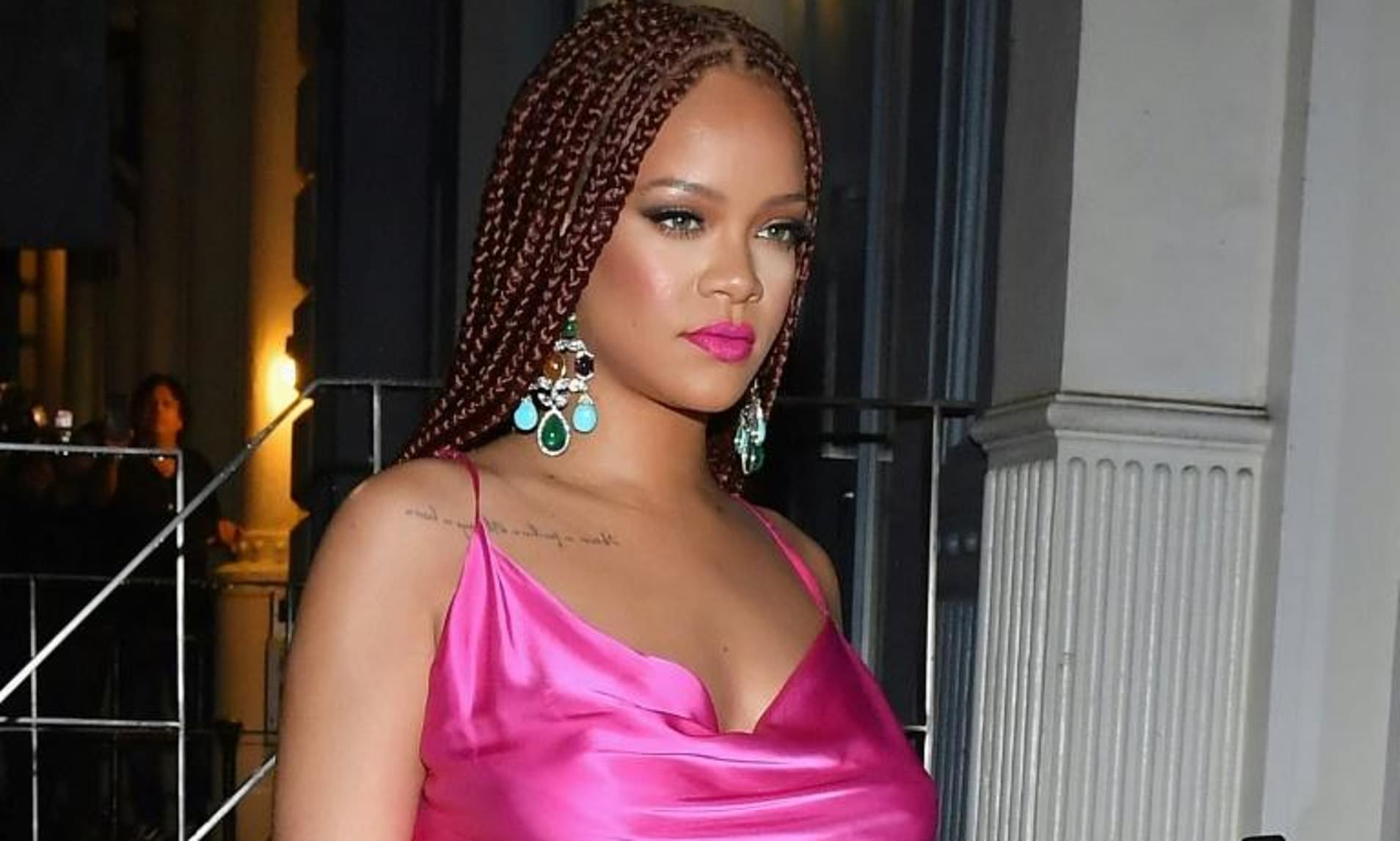 Rihanna, 31, runs the show — she made that clear in a hot pink dress at the Fenty Pop-Up Launch Party on June 18! The bash was thrown for the luxury brand’s first pop-up store in the U.S., which can be found in the first two floors of The Webster, a cast iron building nestled within the ritzy SoHo neighborhood of New York City.

As if Savage X Fenty wasn’t enough, Rihanna has gone full on fashion mogul after partnering with LVMH (Louis Vuitton Moët Hennessy): this was reflected in the tiny details of her pink piece on Tuesday. With ruched sides, a cowlneck design and thin straps reminiscent of the early aughts, Rihanna’s dress experimented with multiple trends at once — perfect for a visionary like the singer herself. She paired the look with a bright pink lip, matching strappy heels and box braids that grazed her waist.

The launch party attracted A-list guests, such as Orange is the New Black star Dascha Polanco and Marc Jacobs’ husband, Char Defrancesco. Rihanna’s NYC pop-up shop will open its doors on June 19 and will run until June 30!

RiRi’s already having fun with potential shoppers, as she sneakily filmed two curious bypassers as they checked themselves out in a “Fenty” mirror outside the shop. Jokes aside, Rihanna is dedicated to spreading her new fashion empire and ready-to-wear pieces across the globe. She officially introduced Fenty to shoppers with a pop-up shop in Paris, France on May 24, and then launched the brand’s website on May 29.

As you can see, Rihanna is busy — so much so, she’s not even sure when “R9” is dropping. “It really does suck that [the album] can’t just come out, because I’m working on a really fun one right now,” Rihanna admitted to her Ocean’s 8 co-star Sarah Paulson for the Summer 2019 issue of Interview magazine. “I’m really happy with a lot of the material we have so far, but I am not going to put it out until it’s complete. It makes no sense to rush it, but I want it out.”