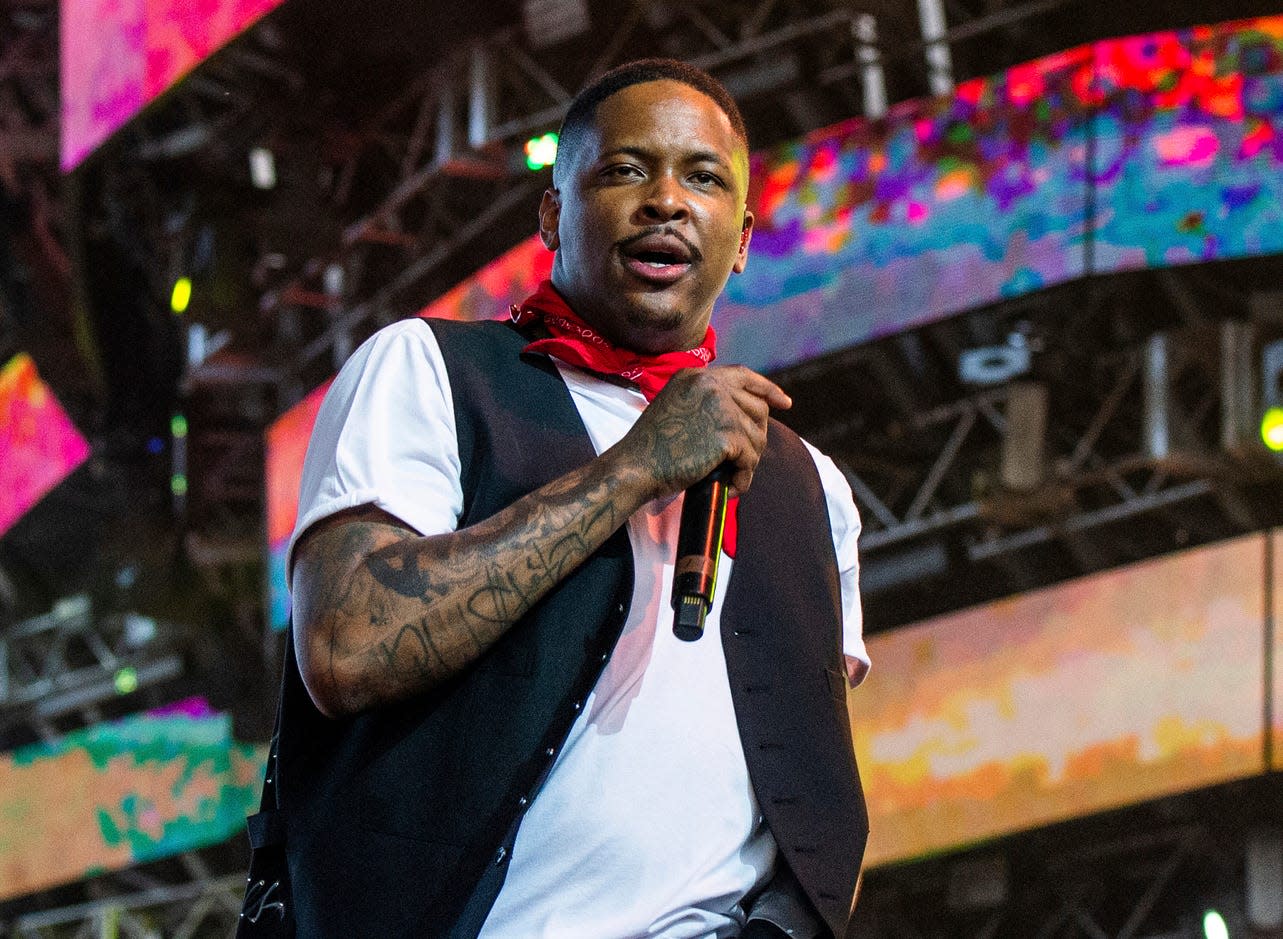 Rapper YG, a staunch critic of the president, kicked a fan out of his performance after he refused to say "(expletive) Donald Trump," video shows.

In NSFW videos obtained by fans at the Mala Luna music festival in San Antonio on Saturday, the 29-year-old rapper is shown bringing an audience member onstage.

"Listen, I spotted you out in the crowd, I asked you if you (expletive) with Donald Trump and you said you don't know," he told the audience member. "So since you don't know, I need you to make up your mind tonight. I need you to say your name – because I want your mama, your daddy, your grandmama, your grandfather watching – I want you to state your name and give a '(expletive) Donald Trump.' "

The fan is shown shaking his head.

The audience member can be seen exiting off the side of the stage, escorted by a security guard. YG turned to fans, wondering why someone who supported Trump would come to a show he was headlining.

"Don't let his (expletive) back in the crowd," he concluded. "Tell him YG said so."

USA TODAY has reached out to representatives for YG and Mala Luna for comment.

YG invites fan on stage to yell out "F**k Donald Trump," kicks him off after he refuses pic.twitter.com/7z9r9gVXav

YG's song "FDT," an abbreviation for "(Expletive) Donald Trump," was released in March 2016 with the late Nipsey Hussle and has since become one of the most notable protest songs of the Trump era. The song featured lyrics like "Reagan sold coke, Obama sold hope / Donald Trump spent his trust fund money on the vote / I'm from a place where you prolly can't go / Speaking for some people that you prolly ain't know."

"As young people with an interest in the future of America, we have to exercise our intelligence and choose who leads us into it wisely," YG and Hussle wrote in a statement at the beginning of the song's official music video.

"2016 will be a turning point in this country's history... The question is... in which direction will we go? The last 8 years represented an upward evolution in western political principles and the collective vibration of America as a whole. Our opinion is that in the age of a technologically empowered and nuclear armed planet, separation is the enemy."