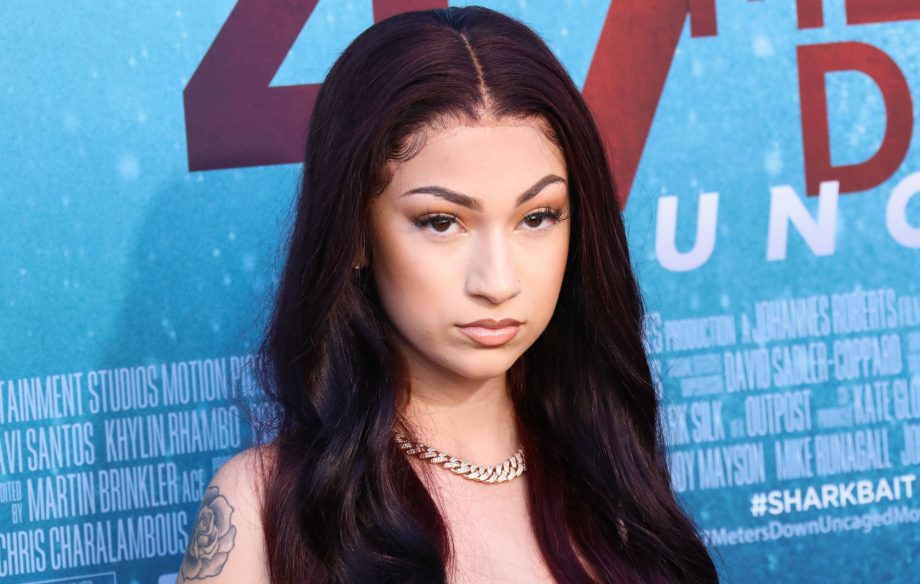 Rapper Bhad Bhabie has spoken out on her fight with Woah Vicky, denying that she was “beat up” by the rival star.

Footage on social media showed the ‘Cash Me Outside’ rapper being pinned down on a sofa while being punched by Woah Vicky, whose real name is Victoria Waldrip.

The incident reportedly occurred at a recording studio in Georgia, after Bhad Bhabie “pulled up” on Waldrip.

She told her Instagram followers: “Anyone who says I got beat up is delusional this girl ain’t hit me one time. She grabbed my hair and somehow ended up on top of me the whole time. My face stayed untouched, not even a lash missing.”

Bhad bhabie and woah Vicky get into it at the studio. Pray for peace. 😬 pic.twitter.com/mpFKsD29uI

Bharbie, real name Danielle Bregoli, also criticised the group of men who appeared be holding her back, stopping her from retaliating and attacking Vicky.

“If extra people are involved and you ain’t even punch nobody that ain’t no fight baby girl. I want you by yourself!” she said.

Bhad Bhabie breaking it down for y’all dumb muthaf*ckas why she ain’t lose the fight pic.twitter.com/rHyUCubtNY

Woah Vicky addressed the incident in her own Instagram story, writing: “I don’t go back and forth on the internet… real bitches don’t get into dat.”

It’s believed that the two have been locked in a feud for some time, amid claims that Bhabie used a “racially derogatory term” to describe one of Vicky’s friends.

A viral star like Bhad Bhabie too, Woah Vicky became well-known in 2017, after she claimed to be black when she undertook a test with Ancestry.com and discovered that she was 44 percent African.

Bhabi made headlines last year when footage emerged of her throwing a drink towards Iggy Azalea and verbally abusing her at a FashionNova event hosted by Cardi B .