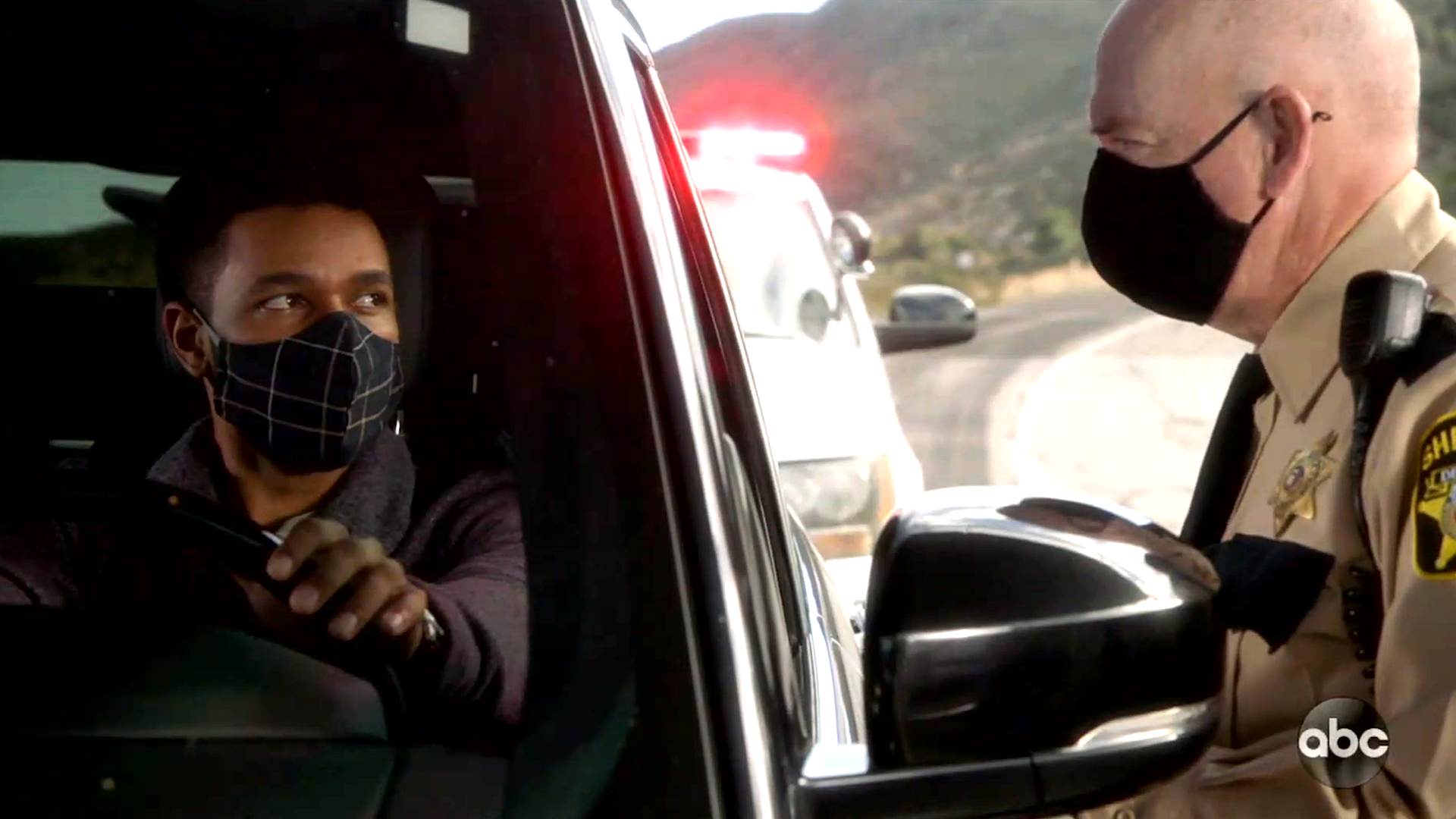 Thursday night's episode of Grey's Anatomy addressed the issues of racial injustice and police brutality, as peaceful protestors were transported to Grey Sloan Memorial Hospital after being hit with tear gas canisters and rubber-coated bullets.

However, as heartbreaking as the episode was, the moment that drew the biggest response from viewers, was when Maggie's boyfriend, Winston, who is Black, was pulled over by two white police officers.

The scenario, which we've seen go wrong countless times in the past and, most recently, with the shooting of Daunte Wright, had viewers taking to social media both in tears and enraged. In fact, the situation, which was heightened due to the fact that Winston attempted to remain on the phone with Maggie, was eerily similar to recent reports that Wright was on the phone with his mother when police stopped him.

For the remainder of the episode, Maggie was full of nervousness and anxiety over what happened to Winston after the officers made him hang up their call. Fortunately, unlike the many cases in real life, Winston was OK. Granted he was shaken up, Winston was just fine as he called Maggie to tell her that they had let him go.

The reason it had taken so long was because they made him exit his vehicle, take off his mask, take a DUI test, and then checked his trunk. Due to the fact that he was driving across the country to move closer to Maggie, his car was full of his belongings.

During the scene, all of Winston's things were pulled out of his car and completely pulled apart. Why was he pulled over? "My bike rack was obscuring my license plate, and then they saw me. So, it just turned into one of those things, I guess," Winston told Maggie.

Many viewers took to Twitter both in tears and enraged:

this is not okay. the fact this happens EVERY DAY in real life is insane. we need to change this. this was over a BIKE. i hate this world. @GreysABC #GreysAnatomy #greys pic.twitter.com/dSiH1p3t2s

This scene got me so mad I wanna cry with him #GreysAnatomy pic.twitter.com/y65gMxtNGW

this is disgusting and so heart breaking. BLACK LIVES MATTER TODAY, TOMORROW, AND FOREVER. #greysanatomy pic.twitter.com/S5cV7afZJv

Say it with me. He didn’t do anything wrong, he didn’t deserve this. #GreysAnatomy pic.twitter.com/lkIZoti6RV

The heartbreaking episode ended with Winston in tears on the side of the road as he told Maggie over the phone, "I'm not good. I'm not OK yet, you know? I just gotta breathe a little bit." And even though the incident itself was a scene in a TV show, the moment was still so powerful.