At times yelling and crying, Kelly told Gayle King: “I didn’t do this stuff! This is not me. I am fighting for my f—–g life!

Kelly’s voice began to rise as he also denied holding women against their will, as detailed in the recent documentary “Surviving R. Kelly.” The exclusive interview was conducted Tuesday afternoon in Chicago.

“How stupid would I be to do that!” he said, tears streaming down his face during the one hour, 20 minute interview.

Then, looking into and pointing at the camera he said, “That’s stupid! Use your common sense. Forget how you feel about me. Hate me if you want to. Love me if you want. Just use your common sense. How stupid would it it be for me, with my crazy past and what I have been through, now I need to be a monster and hold girls against their will and chain them in my basement and don’t let them eat?

“Stop it! You all quit playin.” 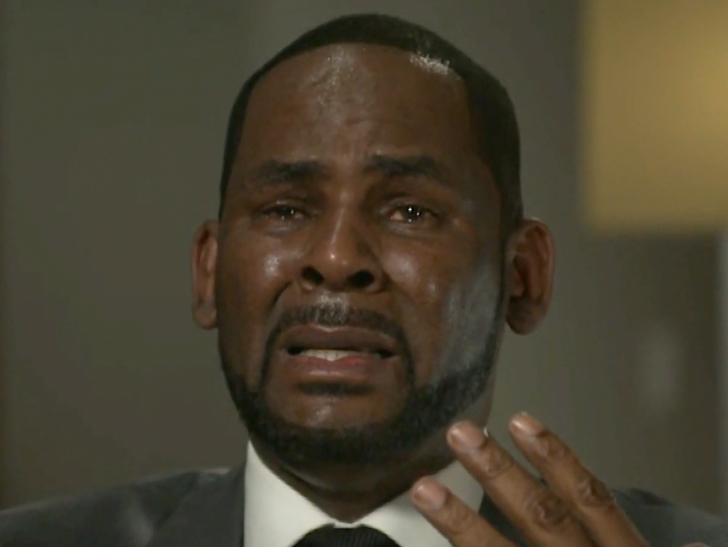 King will have more of her interview Wednesday on CBS This Morning.

Kelly has pleaded not guilty to 10 counts of sexual abuse. Kelly’s bond was set at $1 million by Judge John F. Lyke Jr. He spent three days in jail before posting the required $100,000.

Kelly has been ordered not to have any contact with any of the alleged victims, witnesses or anyone under the age of 18. He is due back in court on March 22.

Sheriff’s officials confirmed Kelly had been held at the jail’s hospital for security reasons.

Kelly has been accused of sexually abusing four victims, three of them underage girls. The alleged abuse goes back 20 years, spanning from 1998 to 2010. He turned himself in on Feb. 22, the day after a grand jury indicted him on 10 counts of aggravated criminal sexual abuse.

The charges identify the victims only by initials and the dates of the alleged abuse:

Prosecutors have said the first victim, HW, was celebrating her 16th birthday when she met Kelly, who told his manager to give HW a business card.  HW’s mother saw the encounter and told Kelly’s manager her daughter was 16 years old.

HW later took the business card from her mom’s purse. She called Kelly, who told her to take a cab to his Chicago studio. During that first sexual encounter on May 26, 1998, Kelly had difficulty maintaining an erection and penetrated the victim orally and vaginally. HW was then given a large sum of money, much more than the cost of the cab fare.

Prosecutors said the encounters continued until May, 1999.

The second victim, JP, met Kelly after a court hearing for Kelly’s 2008 child pornography trial and asked for his autograph. She was later invited to his house in Olympia Fields, and Kelly had sex with the victim from May 2009 through Jan. 31, 2010.

During those encounters, Kelly would spit, slap and choke her. She was also under the age of 16.

The victim provided a shirt with semen to police, and a test found the DNA was a match for Kelly.

A third victim, RL, had sex when she was 14 at Kelly’s house in Olympia Fields. A witness was asked to take sex tapes of the victim and Kelly. The witness watched the tapes and turned them over to the state’s attorney’s office. Kelly and the victim had sexual encounters between Sept. 26, 1998 and Sept. 25, 2001. The video was not the same as the one at the center of Kelly’s 2008 child pornography trial, prosecutors said.

The fourth victim, LC, was an adult who worked for Kelly as a hair dresser. On Feb. 18, 2008, Kelly walked into a room in his Chicago studio and said he “wanted his head massaged.” His pants were down and he pointed to his penis. When the woman resisted, Kelly masturbated, ejaculated and spit on her.  A semen sample tested was a DNA match to Kelly, prosecutors said.

Allegations of Kelly’s sexual abuse go back decades and have prompted a recent nationwide protest called #MuteRKelly to boycott his music, in the wake of a Lifetime documentary, “Surviving R. Kelly,” featuring interviews with the music artist’s alleged accusers.

In 2008, Kelly was acquitted of child pornography charges connected to a videotape of him allegedly having sex with an underage girl. It took six years from the time Kelly was charged with the offense to the end of the trial.

It took the jury less than a day to deliberate.