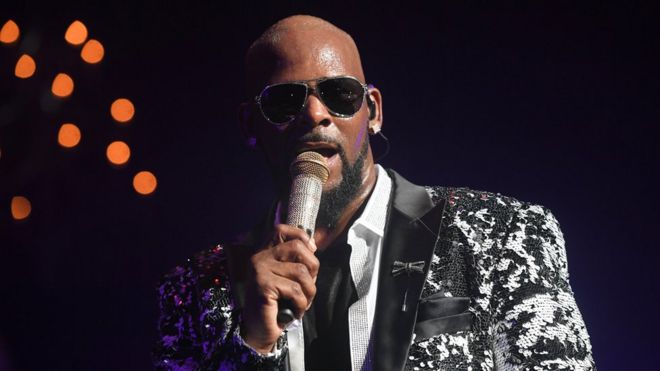 R&B star R. Kelly has asked a US court to let him travel to Dubai to perform concerts next month.

He had to surrender his passport last month after being released on bail and is struggling to pay various fees.

R. Kelly has denied all allegations against him.

The motion, filed on Wednesday, claims R. Kelly has been battling to pay child support, legal fees and everyday expenses after the cancellation of his record contract and two US concerts. His songs have also been removed from several streaming services.

"He cannot work, and consequently cannot make a living if he is confined to Illinois, or even the United States," according to the five-page document.

"Denying him the opportunity to work would be a hardship on his children."

The filing also took aim at Cook County State's Attorney Kim Foxx, questioning her impartiality in the case and accusing of using the trial "to thrust herself into the spotlight of the #metoo movement".

A judge may decide on R. Kelly's travel request on Friday.

Earlier this month, the singer gave an explosive interview to CBS This Morning, where he tearfully and angrily denied the allegations against him.

"I didn't do this stuff. This is not me," he said, adding that he is "fighting for my life".