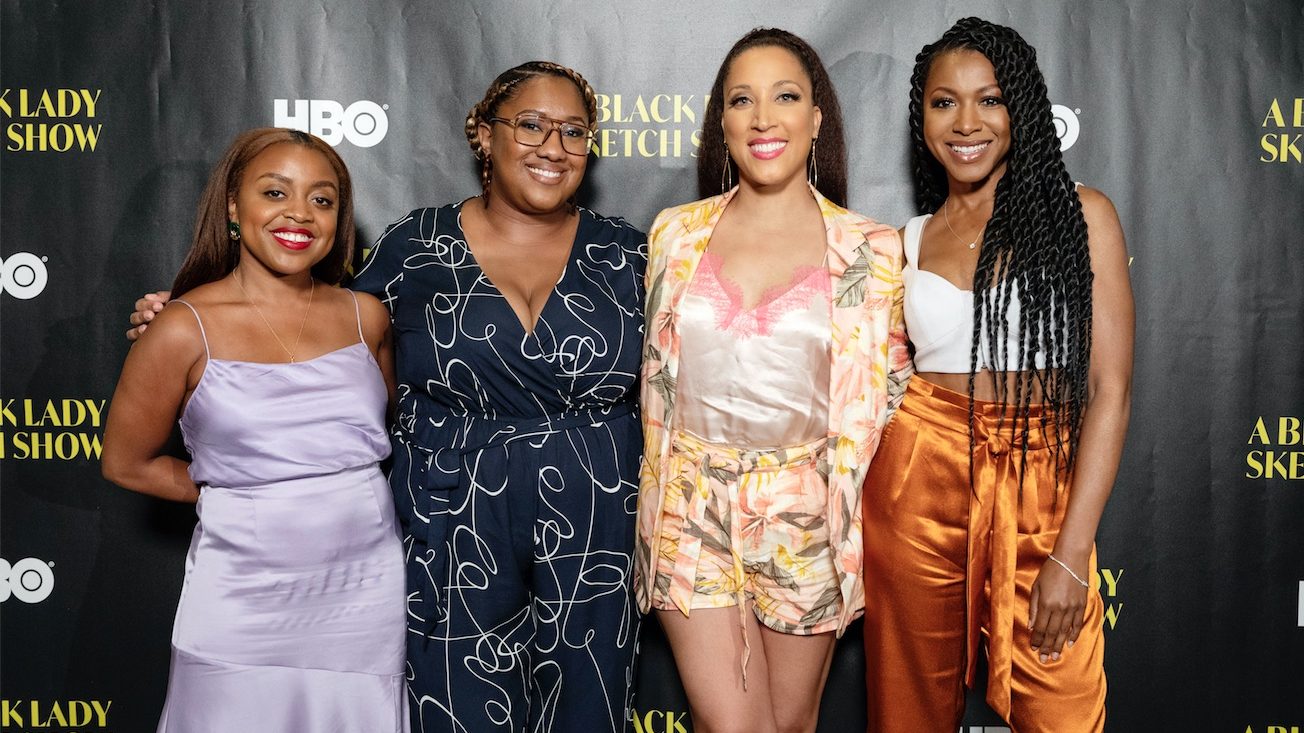 When Robin Thede’s BET late-night talk show “The Rundown” was canceled in 2018, Issa Rae called her up immediately. She wanted to produce something with Thede right away, and luckily the writer, actress and comedian had already been itching to pitch a Black ensemble sketch comedy. And then, “A Black Lady Sketch Show” was born.

The moment was perfect, but it was the kind of timing and opportunity, the kind of cast, the kind of show, that maybe wouldn’t have existed four years ago, back before “Insecure” was barely in development at HBO and Thede was serving as head writer of “The Nightly Show With Larry Wilmore” and the “White House Correspondents Dinner.” Things had to be set into motion for the show to exist.

Rae had to go through the work of developing and then premiering a hit Black-girl comedy on HBO, the first of its kind for the network. Thede had to make the jump from writer to on-screen talent. Ashley Nicole Black (another star of the show) had to cut her teeth as a writer and correspondent on “Full Frontal With Samantha Bee.” The industry had to start, by force, to make more room for Black female voices. Rather than seats at the table opening up for these women, they had to ultimately create their own table.

And Quinta Brunson, one of the breakout stars of “A Black Lady Sketch Show,” is one of the new stars of comedy doing the same.

In 2014, Brunson was just beginning to experience fame on the internet. In a series of viral videos titled “Girl Who Has Never Been On A Nice Date,” which she posted to her Instagram, she played a character who was exceedingly impressed by her date doing the absolute bare minimum, like paying $13.95 for a movie ticket. Her catchphrase? “He got money!”

For the 29-year-old Philadelphia native, the internet “feels like home.”

“I’m a child of the internet, not only as a consumer but as a creator,” Brunson told HuffPost earlier this month. “Memes and gifs and tweets are our new comedic love languages. That’s how millennials talk. So for me, in going into the traditional media, TV and film, that’s something that I don’t want to lose.”

Brunson is a walking example of how embracing today’s internet stars is yielding hilarious results. The momentum of her viral videos helped Brunson land a video producer job at Buzzfeed where, in 2016, she produced, wrote and starred in a scripted web series called “Broke.” Today, Brunson has come a long way from internet fame. She’s done a few TV pilots and made cameos on shows including the CW’s “iZombie.” But with “A Black Lady Sketch Show,” which premiered on HBO earlier this month, Brunson is entering a new level in her career. 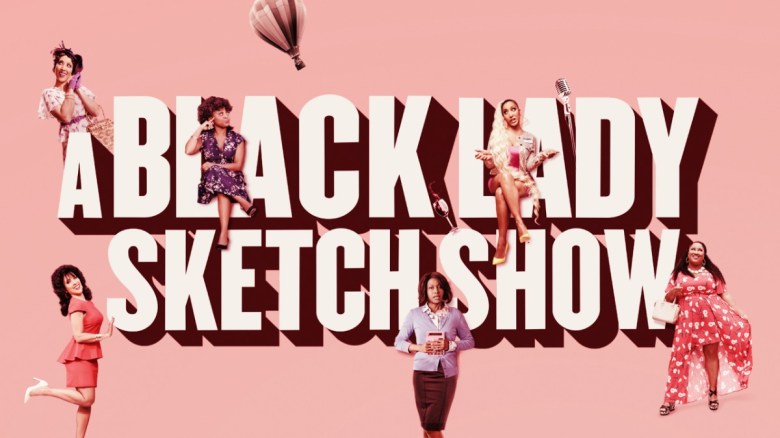 On the sketch show, the five-foot-tall comic plays what she describes as a “heightened” version of herself in a series of comic interludes that weave in and out of the show’s often silly, often surreal skits. Throughout the six-episode first season, Brunson plays everything from a gang member at her first day of orientation to an overly-enthusiastic newlywed to the mastermind behind a shady plot for world domination by Fashion Nova. In almost every skit, Brunson adds something. Call it charisma, call it star power — whatever it is — she has it, and it’s one of the things that makes the show work.

Brunson is quick to emphasize that she is a comic; she’s done stand up, and she’s done improv, and the fact that she got her start through the internet shouldn’t discount that. She counts among her Black women comedy heroes Moms Mabley, Wanda Sykes and Mo’Nique, who she says has reminded her what and who she does comedy for.

“Mo’Nique is a fantastic actress, a fantastic stand up constantly giving back to people,” Brunson says. “She did an entire special in a women’s prison. That’s part of this, too. We’re supposed to be able to make people laugh no matter who they are, but especially if it’s an underserved community.”

Memes and gifs and tweets are our new comedic love languages. That’s how millennials talk. So for me, in going into the traditional media, TV and film, that’s something that I don’t want to lose.

But Brunson is also inspired deeply by the world she came from, the internet, and by the young Black women using social media platforms like Instagram, Tik Tok, YouTube and Twitter as new avenues to be funny and tell jokes. Women like Vena E., Jaimesha Thomas, B. Simonef and Lala Milan, women who she says “work harder than anyone” despite not being what is considered “traditional” comics.

“No one else can really make me laugh like Lala Milan can, she’s so nuanced with her stupidity sometimes it cracks me up — and she works hard, she works her ass off, and she’s just as talented, as you know, someone who happens to be on TV. And I think that that’s what kind of needs to go out the window,” Brunson said. “These kids are just as talented. You can praise them; you can consider them your favorites just the same way.”

Brunson says she’s been in rooms where “older, more traditional people” don’t get her humor or don’t take her as seriously as a comedian because the majority of her work has lived online. Each and every time, though, these people get proven wrong.

“You have to stand your ground and be like, no I know this is funny. I know this is going to blow Twitter up. And that’s something that in all of my all of the areas I’m entering in traditional media, that’s something that I’m constantly trying to bring into the room. It’s give-and-take, you know, I’m not coming through the door like ‘I know what’s funny!’ There’s so much to be learned, and you have to communicate with people to get there.”

Reviews of “A Black Lady Sketch Show” have been generally positive, focusing not only on the show’s humor but on the refreshing Black, female point-of-view it injects into the sketch comedy tradition. A perusal of Twitter will reveal some more mixed reactions — some people think it’s hilarious, some people are less convinced, and at least a few have dismissed the show’s humor as something for “bougie Blue Check Blacks.”

I hope that people are okay with that because I think that there’s a pressure, especially as black women, for everything to be deep and have a deeper meaning, but it’s just really not that deep.

In society, there’s often a tendency to place pressure and weight and expectation onto anything Black, anything made by women, that simply isn’t expected of others. With “A Black Lady Sketch Show,” the expectation seems to be one steeped in a need for the show to mean something, to perhaps represent every black woman ever. But the very nature of the show — its fast pace, its varied sketches, its four incredibly different leading ladies — pushes back against that idea. Forget the big ideas. All that matters is: Is it funny?

Brunson’s hope for the comedy, besides people finding it funny, is that people allow it to find its legs. And while the show is a win in terms of inclusion on television, she also hopes that people can realize “it’s really not that deep.”

“I hope that people are okay with that because I think that there’s a pressure, especially as black women, for everything to be deep and have a deeper meaning, but it’s just really not that deep,” she said. “It’s just sketches. As soon as one’s over, another one starts. If you don’t like one, you’ll probably like another one later.”

Brunson applies this laidback look at the show to her own career and its trajectory. When a CBS pilot she was developing with Larry Wilmore called “Quinta & Jermaine” didn’t get picked up to series last year, she says she wasn’t upset, but rather chalked it up to just “how the game goes.”

Ultimately, Brunson doesn’t want to fall into the trap that many young comics who gain so much momentum early in their careers fall into: working herself to death in order to establish herself. It’s fine for people to have drive and passion if they choose it, Brunson believes, but being a workaholic doesn’t have to be the only way to make it in the business.

“For me, it’s really important to just chill out. I enjoy just regular life. I like my cat, my apartment, my boyfriend, my family and that makes me very happy. And I think that the perceived version of success is, you know, being very rich, with a very huge house, eight cars. That’s what success has looked like very often for us. It’s looked like Kevin Hart and I mean Beyoncé even — and I love Beyoncé. But a lot of people are aspiring to that as if it’s either that or bust. I would like to not give in to that narrative. If it were to happen, then that’s okay. But I do want to make sure that I am a happy person and that I get to work a normal amount. I don’t need to work nonstop.”

Many comedians, it is said, fall prey not only to this nonstop lifestyle but to sadness and loneliness, masking their demons with comedy. This doesn’t seem to be an issue for Brunson, who prioritizes self-care before anything else.

“I just don’t want to be isolated from my life. I like my life a lot. I’m trying to be like Rihanna ― just fucking doing whatever she wants. I want that to be the case for all of us. Do what you want. When you feel like it, you don’t have to rush.”