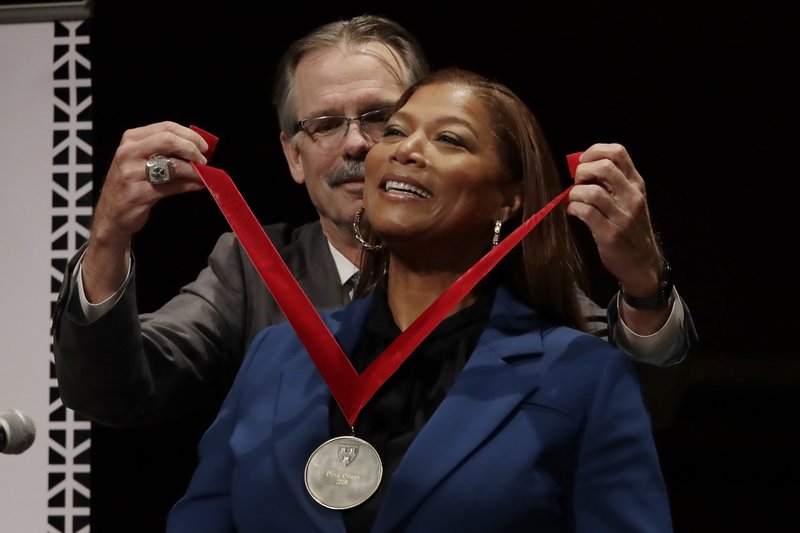 Music artist and actress Queen Latifah was among the honorees recognized by Harvard University for their contributions to black history and culture.

Harvard awarded the W.E.B. Du Bois Medal to Queen Latifah and six other recipients on Tuesday, according to the Cambridge, Massachusetts, school’s Hutchins Center for African and African American Research.

Thank you @hutchinscenter, it was an honor to receive the W.E.B. Du Bois medal 🖤
.
📸: @MelissaBlackall pic.twitter.com/Ja2HWuzqp1

The award is named after Du Bois, a scholar, writer, editor, and civil rights pioneer who became the first black student to earn a doctorate from Harvard in 1895.