Have you heard the word?

Popeyes' highly nticipated (and ridiculed and sexy) chicken sandwich, which sold out just two weeks after its debut, is officially returning to stores in early November. November 3 to be exact.

Popeyes' press release confirming the news was as simple as the chicken sandwich itself, and contained only two words: “I’m Back.”

Franchise owners had tipped their hand about the sandwich’s comeback last week, but the fast-food chain only confirmed the nationwide return in the Monday press release. Popeyes also debuted an advertisement for the sandwich's return that takes aim at its now-competitor Chick-fil-A, and the unavailability of their chicken sandwiches on Sundays.

The sandwich, which most fast-foodies are very much aware of at this point, was released in August and sold out two weeks later. It was then removed from menus across the nation while fans waited for the chain to announce a return date.

During that time, the sandwich sparked a Twitter beef between Chick-fil-A — which Popeyes seems intent on drawing out, according to its new marketing campaign — as well as an intense "Chicken War" that eventually grew to involve Buffalo Wild Wings and Wendy's. 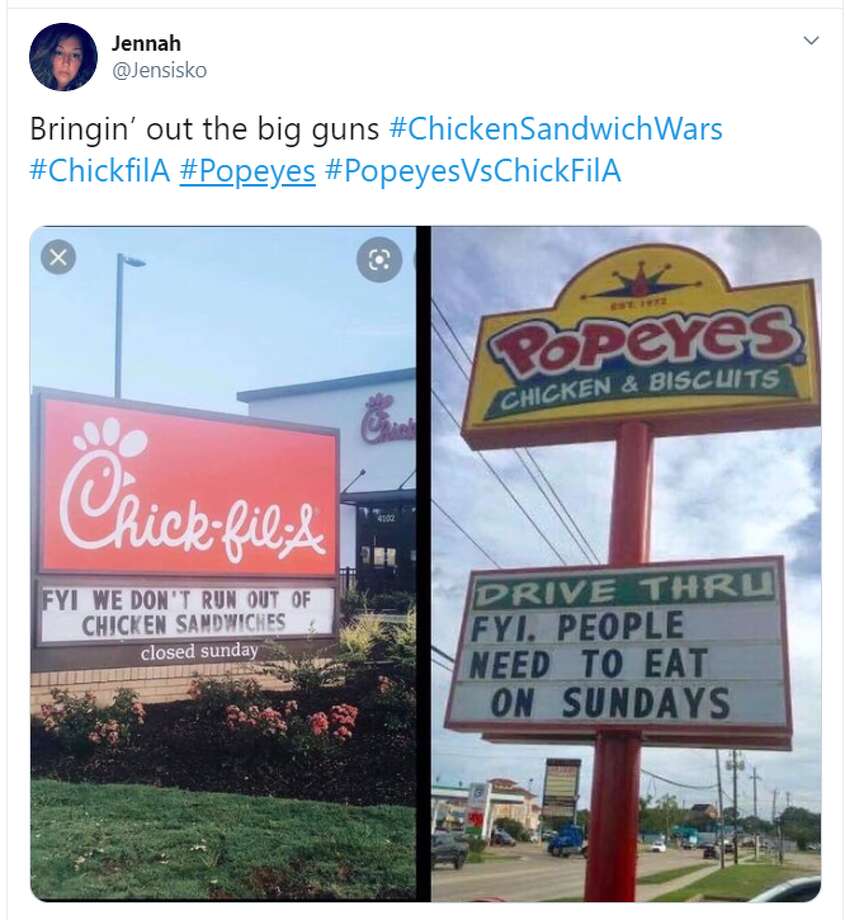 For those unfamiliar, the sandwich at the center of this controversy features a breaded chicken filet on a brioche bun, with pickles and either mayo or spicy Cajun spread.

And it can (maybe) be yours stating Nov. 3 — because if history tells us anything, you might want to get there sooner rather than later.